Florida Democratic Gubernatorial candidate Andrew Gillum delivered an in person welcome and message of encouragement to attendees at an event organized by the controversial Council on American-Islamic Relations (CAIR) that boasted as one of its main two agenda items support for the extremist Boycott, Divest and Sanctions (BDS) movement targeting Israel.


Gillum’s participation in the CAIR-led event, which took place in 2016, seems at odds with statements over the past few days from associates of his campaign saying that Gillum opposes the BDS movement.

A CAIR-Florida press release from February 12, 2016, documents that Gillum delivered a “personal welcome” to attendees of that year’s annual Florida Muslim Capitol Day event, which was held at the Islamic Center of Tallahassee, the city where Gillum serves as mayor.

The CAIR-Florida release relates Gillum’s personal welcome was “inspiring” to the group. The release documents that one of the two main agenda items for that year’s event was opposition to legislation that seeks to bar state funds from going to businesses that support the BDS movement against Israel. In other words, the event sought to galvanize opposition to anti-BDS legislation.

An organization that has a close relationship with Andrew Gillum calls for an “end” to “disaster capitalism,” rants against Independence Day and spreads malicious falsehoods about Israel.

Dream Defenders Co-Director Phillip Agnew recently described a long and close working and personal relationship with Gillum and said he considers Gillum to be “part of the movement.” Dream Defenders Action Fund, the electoral and c4 nonprofit arm of Dream Defenders, was part of a progressive coalition that reportedly committed $3.5 million to help Gillum win the Democratic primary against Gwen Graham.

Gillum and Dream Defenders’ Agnew are so familiar with each other that while he was a city commissioner in Tallahassee, Gillum himself penned a glowing profile promoting Agnew and the activist’s work founding Dream Defenders titled, “We need more Phillip Agnews.”

Gillum, who would go on to become Tallahassee mayor, gushed in the March 2014 profile: “We must learn from the successes of young leaders like the Dream Defenders and recruit, train, and connect thousands more local organizers and activists, particularly in underrepresented communities and regions of the country.”

A simple perusal of the website of Dream Defenders, the organization so feverishly championed by Gillum, evidences the open radicalism of the group. The main page boasts that Dream Defenders is “building a powerful, deep, local, organization and movement for freedom and liberation in Florida.”

Dream Defenders touts a mission statement in the form of “Freedom Papers” stressing “police and prisons have no place in ‘justice,’” while calling for an “absolute right” to fully-funded free public education.

The “Freedom Papers” advocate textbook socialist principals such as claiming that “by virtue of being born each of us has the absolute right to adequate food, shelter, clothing, water, healthcare, effective public transportation, dignified work, living wages.”

Independence Day in America should be utilized “to illuminate the ‘immeasurable distances’ between U.S. citizens and the harm committed in our name around the world,” the organization advocates. “What to the prisoner is the fourth of July?” Dream Defenders asks. “The indigenous people who were here before white settlers?

The anti-patriotic posting goes on to call for an end to “disaster capitalism” and the total abolition of the U.S. Immigration and Customs Enforcement (ICE) agency while lamenting U.S. military aid to Israel.

Dream Defenders further strongly supports the extremist Boycott, Divestment and Sanctions (BDS) movement targeting the Jewish state. Its website labels the entire State of Israel as the “continued settler colonial project.” It pushes the false charges that “Israel was declared on top of stolen Palestinian land, with Zionist militias committing massacres and forced evictions, then immediately ethnically cleansing over 750,000 Palestinians from the lands, and internally displacing thousands more.” 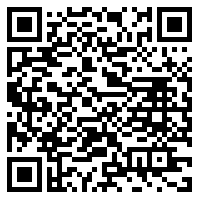