Dream Defenders, a radical organization that demands an end to “disaster capitalism,” sees Florida gubernatorial candidate Andrew Gillum as “by far the best candidate for our movement to engage with in pushing our revolutionary vision.”


In its official endorsement of Gillum, Dream Defenders announced the politician’s “governorship would completely change the terrain on which our movement is ﬁghting and the makeup of the Democratic Party itself.”

Dream Defenders advertised that Gillum’s “progressive platform for Florida creates much more favorable conditions for our movement and our people.”

In its endorsement, Dream Defenders summarized the aims of its “movement” as no less than the replacement of the current state with a “people-centered” state – a clear euphemism for socialism.

The organization’s “Freedom Papers” advocate textbook socialist principals such as claiming that “by virtue of being born each of us has the absolute right to adequate food, shelter, clothing, water, healthcare, effective public transportation, dignified work, living wages.”

The “Freedom Papers” referenced in the endorsement of Gillum further stresses “police and prisons have no place in ‘justice,’ ” while calling for an “absolute right” to fully-funded free public education.

Dream Defenders said Gillum is the first politician that the group has endorsed in its six-year history.

The organization said Gillum’s platform is critical to alter the politics of Florida and utilize the state as a model for “progressive governance:”

Dream Defenders praised Gillum as “the only non-millionaire (or billionaire) running for governor,” leaving out that he is financially backed by billionaires like Tom Steyer.

Gillum was taped at a June debate saying that he is “pleased and proud” to have snuck food to Dream Defenders activists during a 30-day sleep-in protest at the Florida State Capital, referring to a 2013 month-long anti-gun protest in the wake of the Trayvon Martin shooting. “I hope you keep at it,” Gillum said of Dream Defenders activism during a June event. In its endorsement, Dream Defenders recalled Gillum aiding the organization.

The flash mob was captured on video by the organization and included one delegation member, activist and journalist Marc Lamont Hill, refer to the location where the video was shot, the Israeli city of Nazareth, as “Palestine.”

“We come to a land that has been stolen by greed and destroyed by hate,” stated Hill. “And we stand next to people who continue to courageously struggle and resist the occupation.”

The term “resistance” has been utilized by Palestinian groups to refer to terrorism targeting Israelis.

The Dream Defenders video opens with one activist explaining that, “We are about to have a flash mob and specifically calling for a boycott, divestment and sanction of the state of Israel.”

Dream Defenders Co-Director Phillip Agnew, with whom Gillum has evidenced a close personal and professional relationship, leads the group in a song with the lyrics, “We who believe in freedom cannot rest until it’s won.” The video was taken during a January 2015 solidarity delegation to the Palestinian territories organized by Dream Defenders under the banner “Delegation to Palestine.”

Upon returning to the U.S., Dream Defenders’ Agnew penned a piece in Ebony magazine about the visit subtitled, “No, Mr. President, There’s No Comparing Israel and the Civil Rights Movement.”

Following reports revealing previous controversial comments about Israel, some first documented at Breitbart News by this reporter, Gillum released a statement denying that he supports the BDS movement.

“I do not support BDS,” Gillum said in a statement published by the Miami Herald. “A two-state solution is the only solution that truly pushes us towards peace. I’ll always support the right to free speech and peaceful protest, but I also believe that any tactics that seek to counter a two-state solution makes our path to peace harder.” 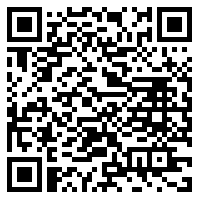