In a recent radio interview, left-leaning Harvard law professor Alan Dershowitz called on Media Matters to disassociate itself from the views and ideas of anti-Israel writer M.J. Rosenberg.


With a series of reporters detailing his activism, Rosenberg stepped down from the Fox News bashing activist group earlier this month.

On the same program in February, Dershowitz vowed to personally make the Media Matters for America controversy a re-election issue for President Obama.

Dershowitz took particular issue with Media Matters coverage of Israel, primarily rhetoric from then-Media Matters Action Network senior fellow M.J. Rosenberg, who is known for his extreme anti-Israel views. Rosenberg has been pushing the phrase “Israel Firster,” implying those who support the Jewish state put Israel’s needs before those of the U.S.

Earlier this month, Rosenberg announced he is leaving Media Matters to maintain his own blog. “The reason for this step is that it disturbed me greatly to see an organization to which I am devoted facing possible harm because of my critical writings about Israel,” he wrote.

“I have no doubt that the crowd that opposes any and all criticism of Israeli government policies will continue to turn its guns on Media Matters if I am associated with it,” he continued. “I could not live with myself if that happened – not only because I care deeply about the organization and my colleagues, but also because Media Matters does such important work confronting the lies that emanate from the far right and especially Fox News.”

Dershowitz says Rosenberg’s move is not enough. “I am not satisfied with Media Matters,” the lawyer told Klein. “I think they fired him, even though he says he’s retired. He’s still being funded apparently by that mysterious Hong Kong person who supports all the anti-Israel stuff along with George Soros.”

Continued Dershowitz: “Media Matters hasn’t indicated any apology for using a blogger that calls us all Israel-firsters, which suggests that we are not loyal to our country. This wasn’t just anti-Israel. This was classic anti-Semitism. Saying that AIPAC doesn’t have loyalty to America. Accusing many senators and congressmen of dual loyalty. That’s just old fashion anti-Semitism, and it’s a good thing Media Matters disassociated itself from it.”

Asked if he intends to continue his campaign to make Media Matters into an election issue for President Obama, Dershowitz replied: “No, no. I have won this issue.”

How Many Congressmen Are Associated With This Group?

The Congressional Progressive Caucus was originally founded by a U.S. socialist group – the Democratic Socialists of America – with some Caucus members still evidencing a close working relationship with the group.

“He stands by his words,” Edson said in statement about West’s remarks. “But the words the media needs to pay attention to are the words of the members of the Progressive caucus. They speak for themselves. Call it what you may, but these House members are clearly not proponents of capitalism, free markets or individual economic freedom.”

The CPC, which boasts more than 80 members, was founded by the Democratic Socialists of America, or DSA. Until November 2002, the website of the Progressive Caucus was hosted by the DSA. Following news reports that drew attention to the congressional website being hosted by the socialist organization, the list of CPC names was moved to the website of Sen. Bernard Sanders, I-Vt., an avowed socialist, and eventually to its own site.

While the DSA tries to paint distinctions between its brand of socialism and communism, before scrubbing its website, the site included a song list that included:

● “The Internationale,” the worldwide anthem of Communism and socialism.

● “Red Revolution” sung to the tune of “Red Robin,” with these lyrics: “When the Red Revolution brings its solution along, along, there’ll be no more lootin’ when we start shootin’ that Wall Street throng.…”

The DSA is a political action committee and bills itself as the heir to the defunct Socialist Party of America. Its chief organizing objective is to work within the Democratic Party as the primary, but not sole, method of achieving public ownership of private property and the means of production. 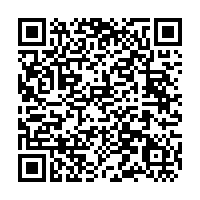