Iran has warned Saudi Arabia and Qatar that if either country allows Israel to use its airspace, Tehran may retaliate directly against them, according to informed Arab government officials speaking to this column.

One official said that in talks with Gulf nations, Iran “hinted” that a couple of Iranian missiles “may lose their way” and strike Qatar, Saudi Arabia, or any other Gulf country that allows Israel to use its airspace in any attack against Iran’s nuclear infrastructure.

Such threats may help to account for a reported change in Saudi Arabia’s attitude toward an Israeli strike on Iran. Last week, Israel’s Yedioth Aharonot newspaper reported that Saudi Arabia has informed the Jewish state that it will intercept any Israeli aircraft crossing its airspace en route to Iran.

Saudi Arabia does not maintain an open diplomatic relationship with Israel. But the Sunni Muslim country, together with Qatar, Jordan, and others, feels threatened by the growing and opposing influence of Iran, dominated by Shiite Islam.

There have been multiple reports of Saudi cooperation with Israel on the Iranian nuclear issue. There were claims in both 2009 and 2010, for example, that then-Mossad chief Meir Dagan met with Saudi intelligence officials. One report said Dagan went to Saudi Arabia in 2009 to gain assurances that the country would turn a blind eye to Israeli jets violating Saudi airspace during any raid on Iran’s nuclear plans. Both governments denied the reports.

Egypt’s Islamist President Mohammed Morsi is considering keeping tanks in the Sinai Peninsula on a permanent basis, according to a senior Egyptian military official who spoke to KleinOnline. The military buildup would violate a key provision of the peace accords signed with Israel in 1979 that calls for the total demilitarization of the peninsula.

Over the last two weeks, there have been reports of Egypt sending in light tanks, armored vehicles, and attack helicopters in the Sinai purportedly to fight Islamic groups blamed for a spate of attacks and attempted attacks against both Israel and Egyptian police. The Jewish state has kept largely quiet about the Egyptian military deployments, choosing instead to let Cairo’s military attempt to root out the jihadists that have taken up positions throughout the Sinai.

The Egyptian military leadership has long been considered a quiet ally of Israel. However, Morsi’s most recent unilateral sacking of the Egyptian military brass has sent alarm bells ringing across Israel. The move signals the centralization of Morsi’s Muslim Brotherhood coalition and his presidency’s dominance over the military, which has long been seen as an independent force.

Muslim Brotherhood leaders over the years have called for Egypt to abandon the peace treaty with Israel. The treaty was the basis for the opening of billions of dollars in U.S. aid that built the Egyptian military into one of the strongest forces in the Middle East today, second perhaps only to Israel.

The D.C.-based Syrian Support Group boasts on its website that it received “a license from the U.S. Department of Treasury Office of Foreign Asset Control that permits the organization to raise funds and provide certain services to the Free Syrian Army.” The group says it is raising funds in the U.S. to provide “certain logistical, communications and other services to the [Free Syrian Army].”

Brian Sayers, director of government relations for the Syrian Support Group, admitted in an NPR interview the money raised by his organization will go to weapons purchases as well. The Syrian Support Group addresses concerns on its website about whether some of the money will go to Al Qaeda organizations fighting with the Free Syrian Army. There have been scores of reports worldwide of Al Qaeda and other jihad groups joining the ranks of the Free Syrian Army in its insurgency against Bashar al-Assad.

“SSG acknowledges reports of increasing Al-Qaeda and other extremist activity within Syria. SSG hopes to serve as a counter-weight to this development and will only provide financial support to military councils who have adopted the Free Syrian Army’s Proclamation of Principles.” 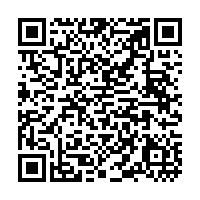