Buried In The Immigration Bill…

A truckload of young Hispanic men is spotted by a U.S. Border Patrol agent rumbling down a dusty road a mile north of the Mexican border toward El Paso, Texas. Under the immigration-reform bill currently under consideration by Congress, Border Patrol agents or any other law-enforcement officer who stops such a vehicle to demand identification might be found in violation of the law.

The bill further calls for the Homeland Security Department to collect data on immigration enforcement activities to determine the existence of racial profiling.

The data would be utilized to issue future guidelines to officers regarding the use of race or ethnicity during routine enforcement.

Meanwhile, another section of the immigration reform bill would make it illegal for employees to discriminate against the millions of newly documented illegal aliens granted provisional status.

Cases of such discrimination would be referred to the Justice Department’s Special Counsel for Immigration-Related Unfair Employment Practices.

The text of the bill makes it an “unfair immigration-related employment practice” for a “person, other entity, or employment agency, to discriminate against any individual because of such individual’s national origin or citizenship status.”

The anti-discrimination law applies to the following:

● the hiring of the individual for employment

● the firing of the individual

With the news media now profiling New York City mayoral candidate Anthony Weiner’s wife, there is a glaring part of Huma Abedin’s personal story that is not being told.

Major news media profiles of Abedin report she was born of Pakistani and Indian parents, without delving much further into her family’s history. Unmentioned is that Huma served on the executive board of the Muslim Students Association, a group founded as a branch of the Muslim Brotherhood.

Huma’s mother, Saleha Abedin, was one of 63 leaders of the Muslim Sisterhood, the de facto female version of the Muslim Brotherhood.

Bolton slammed Snowden as lacking credibility, saying the ex-contractor “exaggerated and distorted much of what he knows about the NSA program.”

Said Bolton: “I think the Russians are certainly trying to get all the information they can from him. And whether they have already gotten it or not or what exactly is going on behind the scenes obviously we don’t know.”

Bolton continued on Snowden: “He claims to be acting on conscience for the protection of American citizens. And yet he goes to the People’s Republic of China and Russia and looks to go onward to places like Cuba and Venezuela.”

The former UN diplomat said he doesn’t believe Snowden “has any credibility and that what he says should be given any credence.”

“He has exaggerated and distorted much of what he knows about the NSA program. And we are in a situation now where the lie, the propaganda, gets out very quickly and the truth just creeps along after.” 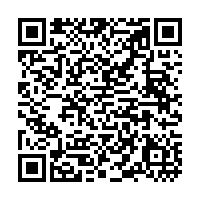