All The News That’s Fit To Watch

The Federal Communications Commission in 2012 launched a study that concluded that the agency must “devote greater attention” to ensuring that news media organizations have a “diversity” of ownership and meet the public’s “critical information needs,” this column has learned.


The study, titled “Review of the Literature Regarding Critical Information Needs of the American Public,” was presented to the FCC at an official agency event on June 26, 2012.

A co-author of the study is Ernest Wilson, dean of the University of Southern California’s Annenberg School for Communication and Journalism. Wilson also was an adviser on communication issues to President Obama’s 2009 White House transition team.

Calling for more “diversity” in ownership of media, the study identified what it determined to be the “critical information needs” of local communities that must be met by media outlets.

The stated “needs” include information about:

· politics, including candidates at all relevant levels of governance;

· education, including the quality of local schools and choices available to parents;

· the environment, including air and water quality and access to recreation;

· civic information, including the availability of civic institutions.

The information comes after the FCC was getting ready last week to start a “Critical Information Needs” survey in Columbia, S.C.

The agency now says it is scaling back some of the survey questions after a flurry of negative media attention, admitting the queries “overstepped the bounds of what is required.”

It was unclear what changes the FCC was making to its survey. Originally, the study was set to cover “the process by which stories are selected” and the frequency with which stations report on “critical information needs,” according to the FCC. The agency said it will determine if there is any “perceived station bias” or “perceived responsiveness to underserved populations.”

The survey was so troubling that one of the FCC’s own commissioners, Ajit Pai, warned against it in a Wall Street Journal opinion piece.

Jihadists Flex Their Muscles In Egypt

In recent weeks, thousands of foreign jihadists have been attempting to infiltrate Egypt, stoking fears of a coming destabilization campaign akin to the insurgency in Syria, according to informed Middle Eastern security officials.

The officials warned of a troubling development taking place among the Al Qaeda-linked organizations already inside Egypt. They said there is information the militant groups are forming a de facto chain of command, with alarming coordination between the various jihadist factions embedded around the country.

The terrorist infrastructure is being set up beyond the Islamist stronghold of the Sinai Peninsula. The officials said Al Qaeda-linked groups in Egypt have been forming divisions replete with leadership and assignments to specific territories, including in the Sinai, Suez regions, outside Cairo, and along the Delta.

Some Internet Al Qaeda forums have even been discussing the possibility of declaring the Sinai an Islamic emirate.

The security officials told KleinOnline that militants killed during a recent Egyptian military operation targeting the terrorist infrastructure in the Sinai included jihadists from Yemen, Saudi Arabia and Pakistan, evidencing the foreign nature of some of the fighters.

The security officials said Al Qaeda groups believe the way to weaken the Egyptian economy is to target both transport and tourism.

Earlier this week, Germany joined a list of countries strongly advising against tourist travel to all regions of the Sinai.

The move followed the announcement by a Sinai-based Islamic extremist group warning tourists to vacate Egypt before February 20, threatening to attack those who remained in the country. The same group claimed credit for a suicide bombing on a tourist bus earlier this month in the Sinai near the Taba border crossing with Israel. Two South Korean tourists and an Egyptian were killed in that attack. 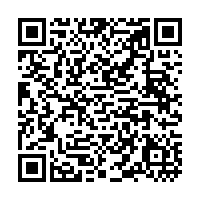