One of the radical groups that helped shut down Donald Trump’s Chicago rally has long maintained a close relationship with Sen. Bernie Sanders (I-VT). In fact, Sanders raised funds for the group, the Democratic Socialists of America, or DSA, and himself helped recruit new members to the socialist organization.


Sanders further was a key player in helping to elect DSA-supported candidates to Congress and was involved in an effort to rebrand and incorporate that socialist-oriented legislative axis within the Congressional Progressive Caucus, or CPC.

The DSA in turn was critical in organizing early support for Sanders’s national political career and Sanders has since maintained close working ties to the organization.

The story of Sanders, the CPC, and the DSA spotlights the largely forgotten but entirely public role the DSA played in founding the CPC, the largest membership organization within the House Democratic Caucus, currently boasting 75 members.

Besides the DSA, the George Soros-backed, pro-Sanders MoveOn.org played a prominent role in organizing the anti-Trump activism.

Sanders in turn said on Sunday that Trump is “lying” by claiming Sanders campaign sent protesters to the business mogul’s canceled Chicago rally.

While Sanders’s campaign may not have been directly involved, the DSA certainly sent its members to the Chicago event.

The DSA’s Chicago chapter is the Chicago DSA, which is separately incorporated and is one of the most active branches of the DSA. Anyone paying membership dues to the DSA in the Chicago area is automatically a member of the Chicago DSA local.

Chicago DSA drove its members to the Trump Protest Rally on March 11 at the University of Illinois at Chicago Pavilion in Chicago, the 9,500-seat arena where Trump had planned his local campaign event.  The event was canceled at the last minute due to safety concerns, with protesters clashing with Trump supporters at the nixed rally.

The Chicago DSA website linked to a Facebook page that provided details for the anti-Trump rally, which announced it had planned to “make our way to the Pavilion in solidarity.” The page provided a link for activists to sign up to get inside Trump’s campaign event, purportedly to infiltrate and disrupt the Trump rally.

The Chicago DSA is one of over a dozen organizations that drove its members to the Trump event in Chicago.  Other groups, some larger, included Black Lives Matter Chicago, MoveOn.org, La Raza Chicago, International ANSWER Chicago, SEIU Local 73, The Illinois Coalition of Immigrant and Refugee Rights, and more.

Chicago DSA is currently actively campaigning for Sanders, participating in numerous events and marches in support of the presidential candidate and drafting petitions to support his bid. The DSA’s own super PAC has been supporting Sanders.

The ties between Sanders and the DSA run deep and encompass over two decades of mutual activism.

A barrage of rockets was fired at Israel over the weekend and another one was launched on Monday in what seems to be a power struggle between Hamas and Gaza-based Salafi jihadists.

“As long as Salafist are jailed, we are not bound by Hamas’s agreement with the Islamic State’s affiliate in Sinai,” he said.

Ansari said that the rocket attacks also come in retaliation for what he claimed were Israel’s “crimes” against Palestinians, specifically to avenge the death of Jerusalem woman Fadwa Abu Tir “who, Israel claims, tried to carry out a stabbing attack.”

“After Abu Tir was assassinated, our mujahideen announced an imminent response was coming, but Hamas troops in the area delayed it,” he said.

In reality, Fadwa Abu Tir was eliminated in the process of attempting to stab Israel Border Police officers in Jerusalem’s Old City.

“We Salafists never ask for permission, not from Hamas or anybody else, to retaliate for the Jewish crimes against the Palestinian Muslims,” he added. “Nor are we committed to any truce between Hamas and the Jews. Our weapons are always in ready mode to retaliate against the Zionist enemy.”

The American victim was identified as Vanderbilt graduate student Taylor Force, 29, a U.S. military veteran who served in Iraq and Afghanistan.

Abu Seif Aldin, a senior operative in Hamas’s so-called military wing, the Al-Qassam Brigades, told Breitbart Jerusalem that “the attack was a natural reaction to the crimes of the Israeli occupation against the Palestinians.”

Force should have known he entered a “war zone,” Adlin added, because “as long as the occupation continues nobody is safe.”

“The Palestinians had nothing against him personally, but everybody who supports the occupation, as a tourist, businessman or any other function bears responsibility. And you saw what happened to that young American.”

“It was a divine attack, a divine vengeance,” said Abu Ayna Al-Ansari, a well-known, Gaza-based Salafist jihadist leader. “The casualty in the battle against the Zionist occupiers was an American soldier who fought in the war against Muslims in Afghanistan and Iraq.”

“It is Allah’s promise that every criminal will meet his death, though not always immediately after committing the crimes,” Ansari added, speaking to Breitbart Jerusalem from the Gaza Strip.

“This attack sends a message to the infidels, to the Zionists and their American allies: Our brothers the mujahedeen won’t stop until all Muslim lands are liberated and ruled by Muslims.”

Abu Jamal, a spokesperson for the military wing of the Popular Front for the Liberation of Palestine, told Breitbart Jerusalem that the presence of American nationals in what he called the “settlements” – referring to the entire state of Israel – serves as proof that the U.S. supports Israel’s aggression against the Palestinians. 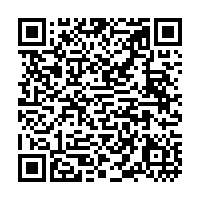