At the Juneteenth celebrations in Englewood, I was speaking to African-American parents who were decrying the state of the public school system in our town. We spend approximately $23k per child per year, but still have a failure rate of about one third. I was amazed at how many parents were telling me they preferred to send their children to private school but could not afford it. I asked them if they would support school vouchers that would empower them to do just that: take their own hard-earned money and use it to send their children to the school of their choice. Overwhelmingly, they said yes. They were adamant that they had the right to override the public school system if they so chose.


You and I, Bill, have the capacity to do something unique. We can join together, as candidates for Congress from opposing parties, to endorse school choice. Just think about the implications. Rather than seeing towns in our district jack up real estate taxes more and more just to afford out-of-control education costs – and in Englewood property taxes have gone up 70 percent in the last decade – we could jointly advocate school vouchers that would cost about half the public school bill per child, and arguably give kids a better education.

In my own community, the absence of a voucher system is actually making the community grow smaller. Jewish parents whose only crime is to want their children to learn who Abraham, Moses, and David were cannot afford both the astronomical property taxes of North Jersey, and the high school tuition. So they are having fewer children.

This is outrageous and utterly unfair. We pay insane property taxes in Bergen Country when not one dollar can finance even the secular education of our parochial schools. We all believe in separation of Church and State. But could there really be an honest objection to government subsidizing secular subjects like mathematics and geography, even if it occurs in a parochial school?

Parents who seek a values education for their children should not be penalized for wanting to expose them to a tradition that will make them into more moral, ethical, and responsible citizens.

America is alone among leading industrialized nations in not providing any funding for parochial schools, even for their secular departments. In my community of Englewood, New Jersey, we have approximately 700 Modern Orthodox Jewish families, the overwhelming majority of which send their children to Jewish day schools. Were we to send our children to the public school system, it would collapse in a day, Bill. Still, we have never summoned the political will to organize and demand that even a fraction of the highest property taxes in the nation be applied toward offsetting the high costs of school tuition.

Many of my Islamic brothers and sisters in Paterson, where you were once mayor, Bill, feel the same way. They love their religion and want their children to be raised in it. They want to send them to a religious, Islamic school. Should America penalize them for simply loving their faith? And what about all the Catholic parents in our district who want to send their kids to a Catholic school? Who is the government to tell them that they can’t? After all, it’s the not the government’s money, but the parents. The government has no money. It takes it from us.

In my area, private Jewish school tuition costs somewhere between $10,000 and $13,000 per child, and for that sum – which is significantly lower than what the public schools in the same areas are spending per child – children get a comprehensive and quality education. I suspect the Catholic and Islamic schools cost about the same. Were we to grant parents a voucher to send their children to any of these parochial schools, the local government expenditure per child would immediately decrease by about 40 percent. 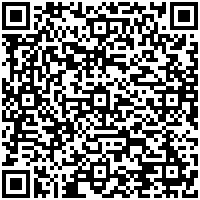