I believe that the first African-American president has a special responsibility to promote human freedom and the infinite worth of the human person. I believe the same obligation will be incumbent upon the first Jewish President, whomever he or she will be. Two communities that have experienced the wholesale decimation of their people have a special responsibility to promote the infinite value of human life.

For me, the greatest mystery of Barack Obama is why our President has failed to speak out forcefully and continually on behalf of the earth’s most oppressed people.


Now, I’m more puzzled than ever. Virtually every week, the President returns to the island of Manhattan to raise money for his reelection bid. Could he not take off a couple of hours from gathering cash, drive across Manhattan to the East Side, and address the United Nations about the innocent Arabs of Syria who are being slaughtered like cows by the arch-butcher Bashar al-Assad?

“Citizens of the world, I have traveled to the United Nations to make an important declaration. As you and I sit here in comfortable, air-conditioned surroundings, our brave Arab brothers and sisters of Syria are being mowed down by machine-gun fire, slaughtered from the air by planes and helicopters, and murdered in their homes with gun shots at point blank range to the head. Their crime? To wish to live as free men and women, which is their God-given right.

“But standing in the way of that most basic of all human desires is a tyrant who will hold on to power at all costs. If it takes brutalizing small children and having them shot at the family dinner table, he will do that. If it means shooting pregnant women to enforce his brutal will, he will do that do. He will stop at nothing to hold on to the levers of power.

“As the President of the United States I am here today to tell Mr. Assad – I will not call him President because any man who slaughters who is own people has lost all legitimacy to rule – that my nation regards him as a criminal responsible for crimes against humanity. I am urging the United Nations to immediately pass a resolution proclaiming the same.

“My country is right now engaged in a difficult war in Afghanistan. We are fighting terrorists with the help of Pakistan and other nations around the world, and we still have not extricated ourselves fully from our decade-long war in Iraq. In short, we are overextended. And while we may not be able to act against Mr. Assad in the short term, I want him to know that the long arm of American and international justice will find him, arrest him, and try him, providing that the vigilante justice of his own aggrieved people doesn’t catch up to him first, as it did Muammar Kaddafi in Libya. Mr. Assad will be held accountable for his crimes, either at the International Court of Justice in the Hague, or at a court in Syria.

“Mr. Assad, the eyes of the world are upon you and your dastardly deeds. You will not get away with them. I am personally telling you today that if it’s the last thing I do as President, I will ensure that you are arrested and tried for your brutal and unspeakable crimes. When we Americans say ‘Never Again’ we mean each word. We will never allow unpunished, wholesale slaughter to transpire in the world ever again.

“But as we all know, words are just that, words. So I am instructing American diplomats to begin the process today of indicting Mr. Assad for crimes against humanity and putting a price on his head of $25 million dollars, which the United States will pay to whomever arrests Mr. Assad and delivers him for trial.”

What do we have instead of this forceful speech? We have the President making tepid remarks along the lines of, “What’s happening in Syria is unacceptable Unacceptable, I tell you!” We have Hilary Clinton saying things like, “Oh my gosh, this is horrible. Just horrible. Will anyone do anything?”

And friends, we are all complicit. In the age of YouTube, Twitter, and Facebook, none of us can deny knowing what’s going on. We all know, but few of us care. And it’s gotta change or people will just keep on dying. 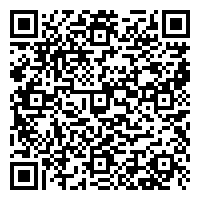