The perfect implementation of the expulsion without significant opposition from the soldiers leaves the IDF Samson shorn and blinded. The IDF loses its moral standing and, as a result, its ability to defeat Israel’s enemies.

But the Orange public fails to carry out the historic role that has been placed on its shoulders. When Israeli society sees that it cannot rely on the Orange public, it goes with the winner – bringing Kadima to power.
Olmert: Convergence And Amona

Sharon makes a dramatically providential exit from politics and Olmert replaces him. He also wants to become the darling of the ruling leftist elite. He also wants to be the preeminent leader regularly praised by the prestigious, leftist Haaretz newspaper. Not coincidentally, he also has some serious corruption skeletons in his closet that need to be safely out of the sights of the Big Brother state prosecution.

Sharon destroyed Gush Katif with sensitivity and determination. Olmert is determined to destroy all the rest. Sharon was “sensitive and determined.” Olmert resolves to be violent and vengeful. Olmert presents the convergence plan and its preview: Amona.

There is no doubt that the maniacal behavior of the riot police at Amona is directed and orchestrated from above. “I admire the police force that carried out its job with determination,” Olmert explains, leaving no doubt as to the source of the directives. The horrific pictures emanating from Amona erode Kadima’s popularity. The destruction of many more Jewish communities in Judea and Samaria is temporarily postponed.
War Games

Sharon was considered a true leader by both his admirers and detractors. It was impossible to ignore his impressive military record and his determination. The deceptive Olmert needs to reinvent himself in the image of Sharon.

The “opportunity” to become a brave military leader crowned with legitimate authority to implement “painful concessions” is provided by the Hizbullah abduction of Eldad Regev and Ehud Goldwasser, may God avenge their blood. The arrogant chief of staff of the expulsion whispers in the draft-evading Olmert’s ear that he could defeat Hizbullah from the air. As Olmert explains to the media, the war will “give a tailwind to the convergence.”
Defeat

After perpetrating its crime against entire Jewish communities, the IDF loses its sense of justice, its fighting spirit, and its ability to triumph. After 33 days, the State of Israel is on its knees. More than 150 soldiers and civilians die on the altar of Olmert’s dream of destroying the settlers. Israel begs for a cease-fire, and Foreign Minister Tzipi Livni markets the deployment of UN forces into South Lebanon as a great achievement. Two years after the war, Israel admits that the “great achievement” has essentially provided UN sponsorship for even more Hizbullah fighters armed with the latest missiles on Israel’s northern border. Regev and Goldwasser return – in coffins. In exchange, Israel surrenders one more of its “principles” and frees baby-killer Samir Kuntar.
Gleeful Days Of The Rule Of Law Gang

Israeli society, still astounded by the Gush Katif triumph of the Sharon and left-wing bully system, enters a moral tailspin that does not allow it to be rid of Olmert. The rule of law replaces the rule of ethics. Legal clauses replace values, the public does not identify a true alternative, and Israel’s public debate takes place strictly in the courts.

Currently, Israel could not have found a more appropriate prime minister than Ehud Olmert. The Israel that has lost the last of its principles and exchanged values for law has a wily and deceptive lawyer for prime minister – completely at home in the legal arena.
Escape Hatch

Israel has recently suffered three terror attacks in which civilians killed or almost killed the terrorist (Mercaz HaRav yeshiva, Bulldozer 1 and Bulldozer 2). All of these civilians are from the Orange public. The way out of Israel’s terrible situation is through the public that has produced these brave men – men with the right values system, men who run to be first to kill the terrorist and protect their fellow Jews. Their eyes have not been blinded and their locks have not been shorn. The Orange public, expelled and scorned, will save Israel with the proud Jewish leadership it so sorely needs.

To learn more about Moshe Feiglin and Manhigut Yehudit (Jewish Leadership), and to read their plan for Israel’s future, visit www.jewishisrael.org. 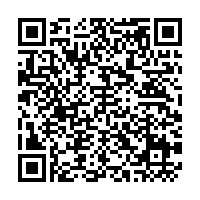