Home InDepth Columns Back To Poland
Share on Facebook
Tweet on Twitter
On Yom Kippur, I was in Kiev after having participated in the commemorations at Babi Yar. Subsequently, I decided to make a side trip to Poland before returning home to New York.

The train ride from Kiev to Warsaw cost about 60 dollars and lasts about 20 hours, with a four hour stop at the border for visa and customs control. Arriving in Warsaw, I went directly to the Nozyck synagogue to daven and was greeted as an old friend.

After talking with the young leaders of the congregation (Rabbi Schudrich was not in town at the time) I went to Lodz to meet with my old friend Jarek Novak. Jarek was excited to see me and started to show me all the changes that had taken place in Lodz since I was last there.

The Jewish community now has a guest house, as well as a kosher dairy restaurant, where we enjoyed a delicious meal. The guest house where I stayed is an old renovated building that belonged to the Jewish community before the war and had only recently been returned to the community. At first glance, it looks somewhat dingy with what appears to be black stains on the walls. On further examination, the stains are the remains of frescoes (paintings on the wall) that at one time had made the building a magnificent piece of art.

The renovators decided to leave the frescoes in order to show the glory that once was and the destruction that had taken place. The garden area of the community center – that was a mess when I last saw it – is now a true garden with flowers and seating areas. As I was sitting there, a sukkah was in the process of being built, as preparations for the upcoming holiday were in full swing. The great surprise was when Simcha Keller walked in and joined us for the meal and asked me, “Will you be joining us for our minyan in the morning? It starts at 9:00.”

The garden of the Jewish community with the newly built Sukkah as seen from my hotel room.

How different it was since I was last in Lodz. At that time there was no place to eat other than the free lunch service provided by the community to the elderly. There was no minyan and no place to stay with a Jewish sense of hospitality.

After lunch Jarek Novak took me to the Pozanski factory. When I was last there, it was an abandoned factory complex. It had recently been turned into the largest shopping mall in all of Poland. All the major shops are represented and there is nothing you can’t buy. There is also a gym, a multiplex theater and many restaurants and cafes.

Novak then told me about some of the projects involving the Jewish community. Besides the community center, there is also the Radagast station; the former Umschlagplatz of Lodz; and a park developed as a Holocaust memorial in honor of the survivors.

When I was last there the Radagast station was a wood shop and plans were only in the dreaming stage of developing the site. Today it is a memorial on a world class level and visited on a regular basis by people of all ages from all over the world – and especially by school children from Lodz.

The Survivor Park is located in the middle of the former ghetto area and is still in the development stage. But much work has already been done. During the ceremony, in recognition of the 60th anniversary of the destruction of the ghetto, 484 trees were planted by survivors from Lodz.

I was then taken on a quick tour of the former ghetto and was shown some of the 83 plaques placed on various buildings with significant Holocaust history, as well as the signs on the pavement showing the ghetto boundaries.

Each of these subjects deserve a column of their own and I will write about them in more detail when I get back to N.Y. after Simchat Torah. 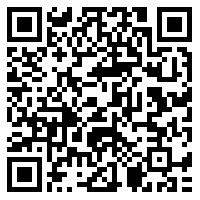