Home InDepth Columns Bilgoraj Landsleit Reunion
Share on Facebook
Tweet on Twitter
For the last few weeks, I have been writing about the efforts of survivors and second- generation Jews from Piotrkow in going back to their hometown to preserve/restore the remnants of the town’s Jewish history. While Piotrkow is one of the most active and oldest of the groups, it is by far not the only one active in such work. One other group is that from Bilgoraj. As there is great interest in what is being done in Poland I am happy to present to my readers a report of a recent trip to Bilgoraj by the International Landsleit.
Bilgoraj Landsleit Reunion
By Yechiel Baum

On March 8, 2008 a group of Bilgoraj survivors and their families checked in at LOT Polish Airlines at JFK for their first trip to the city of their birth, since their escape 68 years ago. Rabbi Nachman Elbaum of Ideal Tours, N.Y. arranged the program beautifully and also provided us with kosher food and modern accommodations throughout our journey.
Looking at survivors, you saw anxious faces of “what to expect – respect or hatred/danger, bad memories of the last days before expulsion or the fond memories of parents caring for their children – of days of peace, tranquility with only daily life and Jewish learning on the agenda.” In the faces of the American generation of Bilgorajer, looks of concern of how their fathers will react upon reaching their childhood home and actually seeing what was discussed at every Shabbat table when they reminisced about life “in the heim” that was Bilgoraj.
On board the Boeing 747 plane were many chassidim who were going to Poland to visit the kevarim of their revered rabbis, parents, and ancestors. With all this and kosher food being served, one would have thought we were aboard an El AL flight going to Israel. The passengers and crew were very respectful and welcoming. In fact, we were able to daven with a sizeable minyan without any fear.
After several hours, our jumbo jet landed in Warsaw and we were greeted by our Polish driver and tour guide, who knew more about Jewish history, than any other gentile I ever met.
A quick tour of Warsaw, and then to the shul where our Mr. Huff and Dr. Nathan Bryks was the shaliach tzibbur for Minchah and Maariv, respectfully, and then we were joined by 150 Israeli soldiers – boys and girls – who had came to Poland to learn why they are so important in our lives in protecting Eretz Yisrael. Rabbi Michael Shudrich who works tirelessly in Poland spoke to all of us and then we saw the monuments the Poles erected to the memory of the Warsaw Ghetto uprising and Shoah.
We then visited the Chabad of Warsaw where we enjoyed a homemade kosher meal and then went to our hotel.
In the morning, after davening, we visited the oldest and largest Jewish cemetery and I was surprised that our guide knew where each of the gedolim is buried and his importance in Jewish history. After some prayers at the kevarim, we departed Warsaw for Lizhensk and prayed at the kever of Rabbi Elimelech. Once again we met with the Israeli soldiers. Even those who were not religious understood the meaning, and wore kippot and even prayed with the rest of us. Then we drove to Bilgoraj where we checked into our hotel.
In the morning, I met the Huff brothers and I remarked “Moshe, you and your brother slept in the same room under the Bilgoraj moon” just like you did in your childhood. Mr. Huff responded, ” I felt the holy presence of both my parents hovering around us and kissing us good night.” Mr. Huff’s older brother said, “I felt the exact same way. How good my sleep was – the best in 68 years!” I imagined life with my grandparents, great-grandparents, mother, uncles, aunts, with love and devotion, making a Jewish life in a predominately Jewish town of 5,000 Jews and as many non-Jewish Poles.
We went to the Rynek and were greeted by the mayor of Bilgoraj, the president of the provincial council, and other dignitaries who warmly welcomed us and escorted us to the city hall and also around our Bilgoraj. We were informed that there are still Jews in Bilgoraj, however, distant from tradition since most of them were hidden as children. And they were unclaimed after the war, but they now know who they are, and their true identities when the Russian records were recently released.
On November 16, 2008, the Bilgoraj Society will commemorate the 66th yahrzeit of the Shoah and reminisce of the life in Bilgoraj. It will take place at the Ocean Avenue Jewish Center – 2600 Ocean Avenue, Brooklyn, at 11 a.m. We will discuss the positive outcome of our meetings concerning our properties, cemeteries, and records of search for survivors as well as those murdered. We must discuss how to address the situation where brother/sister, nephew/niece, who miraculously survived, be reunited with surviving family.
In addition, we must also talk about the Rynek streets to be renamed for our families, the reunion, the relationship between Bilgoraj families from around the world and our joint effort with the landsleit in Israel. Heimeshe refreshments will be served.
It is vital that all Jews from Bilgoraj and the surrounding towns of Frompol, Tarnagrod, etc attend with their children and grandchildren to experience their heritage before it is lost forever.
For more information, contact Yechiel Baum at (718) 376-4508 or e-mail: BilgorajSociety@aol.com.
Advertisement 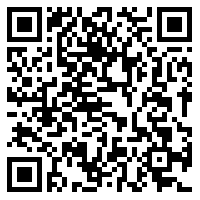