The official beginning of World War II was September 1, 1939. On that day German soldiers invaded Gdansk after bombarding the city with a military warship. As part of the Polish Government’s official series of events marking seven decades since the start of World War II, Poland’s Jewish community and the Jerusalem-based “Shavei Israel” organization held a special ceremony yesterday in the Gdansk synagogue to commemorate the outbreak of the war, which paved the way for the Holocaust.

The initiative behind the ceremony came from “Shavei Israel” Chairman Michael Freund, who has played a key role in strengthening Polish Jewry by dispatching young rabbis to serve in Warsaw, Krakow and Wroclaw and sponsoring seminars and educational trips to Israel for young Polish Jews.

Synagogue in Gdansk (Danzig) Poland, one of the first cities to fall to Germany, in WW II

Chief Rabbi of Poland, Rabbi Michael Schudrich, recited a memorial prayer for the six million Jews who were killed during the Holocaust, and recalled the Jewish soldiers who served in the Polish Armed Forces and died while fighting the Nazi invaders. A number of young Jews from across Poland, many who have just discovered their Jewish roots, took part, which highlighted the ongoing revival of Polish Jewry. Therefore, the slogan, “70 years later we are still here,” was the banner under which the ceremony took place.

In his remarks at the ceremony, Shavei Israel Chairman Michael Freund said: “It is incumbent upon us to mark this sad day, to ponder its consequences and to internalize its lessons. But we cannot and must not lose hope – a Jew is not allowed to despair. The participation of young Polish Jews in this ceremony, many of whom have only recently returned to their Jewish roots, is compelling proof that the Nazis and their collaborators ultimately failed. Seven decades after the Holocaust, the Jewish spark is once again coming to life here in Poland.”

Rabbi Michael Schudrich speaking at the ceremony marking the 70th anniversary of Germany’s invasion of Poland in 1939.

“Israel and world Jewry must rise to the challenge and facilitate this process of reconnecting young Poles with their Jewish roots. Shavei Israel is proud to be partnering with Poland’s Jewish community and helping to foster this historic rebirth. Seventy years later, Polish Jewry is still here,” said Freund. 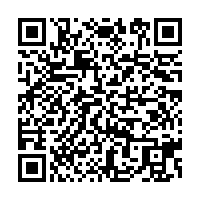