The only good thing about this speech is that it didn’t have a color scheme out of V for Vendetta and didn’t feature Marines in the background. Whoever runs these things at least learned from that attempt at looking like Biden was about to declare martial law, suspend habeas corpus and make everyone read Gender Queer and How To Be An Anti-Racist at gunpoint in a gulag.

The bad news is no one cared about that speech except conservatives. They care even less about this one.

With the countdown underway, voters have made it clear that they care about the economy and crime. Anyone who finds the “threat to democracy” routine persuasive is already a solid blue voter and ActBlue donor who probably showed up for at least one D.C. protest.

Biden’s call to “vote knowing what’s at stake and not just the policy of the moment, but institutions that have held us together as we’ve sought a more perfect union are also at stake” is an admission that his faction has lost the policy argument and doesn’t have anything else to work with.

While the delivery is laughable, the premise isn’t. Biden’s speeches may not interest voters, but they continue to push the totalitarian message that “democracy” is embodied by Democrats and threatened by Republicans, that if Dems fail to win, then the result will be the end of America.

That kind of rhetoric is typical, but under Obama and Biden, it’s been backed up by arrests, investigations, surveillance, raids, imprisonment, censorship and the whole banana republic gamut.

The same speech delivered by the leader of a free country and say Vladimir Putin or Xi sound very different because they have really different implications. Biden, once again declaring that the opposition is a collection of “dark force” that “thirst for power” and will destroy democracy is election rhetoric, but it’s also become an actionable item for the DOJ, the FBI and Big Tech firms.

Biden’s rhetoric is a threat to the republic, not because words are scary, but because his allies have shown that they employ such rhetoric as cover for imposing totalitarian realities. 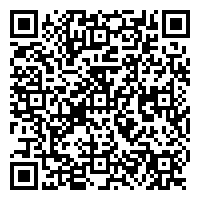