Come right in and step right up. See the bright lights and the oddities of nature. Inside folks, for the low price of twenty-two trillion dollars, you can see Binders of Women, Team Big Bird and entire reams of green windmills and fields full of bayonets and horses. Here lies become the truth and everything is full of sugar. And the highlight of the show with be Barack, the Exotic Prince from the Wilds of Indonesia and Kenya, with a special appearance by Oprah and a hologram of JFK. Here in the Carnival of Fools, the party never stops and no one ever has to pay the bill.

“There’s a sucker born every minute,” a famous connoisseur of them once said. And suckers are big business. Very big business indeed. But don’t feel too sorry for the sucker. The sucker is a creature composed of ignorance and greed. He believes in his own specialness. He believes that he can fool other people into giving him their money, when actually he is the one being fleeced. The mark is an aspiring scammer who is too dumb to realize that nothing in life is free and the scam is on him.


If you browse through your email’s spam folder, the chances are good that you will come upon a missive from a Nigerian prince offering you the opportunity to help him cart away his fortune in exchange for a sharp cut of the profits. These scams date back to the dinosaur years of the internet, and though there are occasional elaborations on the theme, the African scammers stick to the tried and true, even though the tried and true has become a cliche that anyone should be able to see through.

Because the Nigerian Prince scam is a self-selecting group. Anyone who still falls for it after all these years is dumber than your average sucker. The scammers know this and they don’t want to waste their valuable time hooking a difficult fish with a plausible scam. They go for easy marks for the same reason that some men fish with dynamite. Because it’s easier.

America has its own Nigerian Prince. I think you know his name by now. His campaign sent out nearly as many emails as his Nigerian colleagues do, promising fame and fortune to those suckers who would help him transfer some wealth from the 1 percent to the 99 percent. And now that his second term is here, the check is in the mail. And if the government check doesn’t clear, well that’s what happens when you put your faith in Nigerian Princes.

A scam like the Democratic Party needs suckers. It needs millions and millions of the dumbest people that can be found outside of specially supervised group homes. And then it needs to appoint people to watch over them, give them the occasional food and minor check, and drive them in vans to the polls after two or four years so that the con artists can keep their manicured paws on the local treasury.

These people have to be stupid, yes, but like all marks, they have to be greedy. They have to be the kind of people who relish taking someone else’s money without working for it. The kind who grin at the idea of putting something over someone else. The kind who think that they are smart because they decided that the world owes them a living. They think that they’re smart, but they’re only the marks in a con. And when the con is done, like the guy depositing a check from Nigeria’s Prince Uscamo, they are going to be the ones left holding the bag.

A con plays on the greed of the mark. And on his stupidity. And in a democracy, you can take over a country if you organize enough motivated suckers to vote for trillions in government money that they will never see, but that they are on the hook for. And if you don’t have enough native suckers, then you import more, taking care that your immigration policies favor the greedy sucker demographic. But unfortunately in a democracy where half the population doesn’t bother to vote and a quarter votes for the scammers, we are all on the hook for the scam. 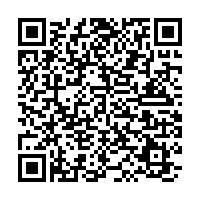