11 Marines came home in boxes after the bombing at Kabul airport carried out by an Islamic terrorist freed from a prison near Bagram Air Base that had been abandoned by Biden. Other Marines were seriously wounded and hospitalized for months after the attack.

All across America there are recruiting billboards for the Marine Corps with the message, “For Marines There Are Only Battles Won”. But in the runup to the disastrous retreat from Afghanistan, the only things the Marine Corps really cared about were wokeness and race.

In April, Biden announced that he would be pulling all American forces out of Afghanistan. That same month the Taliban launched their offensive that would end with a takeover of the country.

When General David H. Berger, Commandant of the Marine Corps, testified before the House Subcommittee on Defense at the end of April, he did not refer to Afghanistan. Even while a skeleton force of hundreds of Marines remained in Kabul, Berger made no mention of them.

Instead, Berger spoke about racism.

Bizarrely enough, Berger began his presentation, not with the threats to the United States that the Marine Corps existed to fight, but by declaring that, “our nation has engaged in a long overdue conversation on race and social justice sparked by several visible incidents of institutional racism”. By that, Berger meant that Black Lives Matter mobs had torched a number of cities and their leftist allies had purged everyone who disagreed from every institution.

Berger assured House Democrats that he was happy to lead the purge of dissenting Marines.

“We have and will continue to actively work to identify recruits and Marines who hold extremist views and we look forward to participating in the Secretary of Defense’s new Countering Extremism Working Group to develop additional methods of keeping extremists from within our ranks,” Berger vowed, declaring war on fellow Marines instead of on America’s enemies.

“In this era of profound ideological division within our nation, some individual Marines regrettably bring with them, or fall victim to while in service, misogynistic, racist, and homophobic/ transphobic ideologies driven by hate, fear, and ignorance,” he promised. “I have instituted even more rigorous policies than previously existed to ensure we identify such individuals during enlistment and accession screening, I remain committed to identifying and holding accountable any Marine unable to uphold our core values.”

These new cancel culture values borrowed from college campus safe spaces were all about punishing political dissent and had nothing to do with the task of actually winning battles.

Berger’s presentation mentioned social justice as often as China. He did not mention Afghanistan, Iran, or Al Qaeda.

Nearly 400 Marines had been killed and nearly 5,000 wounded in Afghanistan. 853 Marines had died and over 8,000 had been wounded in Iraq. And yet the Commandant of the Marine Corps felt no need to even mention the wars of the cause they had sacrificed their lives for.

What enemy was the Marine Corps tasked with fighting? Instead of fighting Al Qaeda, the Marines were “confronting issues of inequality”. And if that wasn’t impressive enough, Islamic terrorists could tremble at the thought of the new “gender-integrated training” in Parris Island.

Even though that actually is structural racism.

In July, Berger appeared to leap to the defense of the Navy’s decision to promote Ibram X. Kendi’s racist tract, How To Be An Anti-Racist.

That same month, Bagram Air Base was abandoned, cutting off the only secure escape route for Americans from Afghanistan, while liberating thousands of Taliban, Al Qaeda, and ISIS-K terrorists, including the Jihadi who would go on to kill 13 Americans at Kabul airport.

While Berger was defending critical race theory in the military, the bloody road to the murder of 11 Marines was being paved. After the horror, he claimed that he wanted an “honest, open critique” of what happened in Afghanistan. But the honest and open critique had already been launched by Lt. Colonel Stuart Scheller who declared “I have been fighting for 17 years. I am willing to throw it all away to say to my senior leaders, I demand accountability.”

In response to Lt. Col. Scheller’s call for accountability, he was relieved of duty.

Scheller’s treatment made it clear that Berger’s call for “diversity of thought” was as hollow as his solicitation of honest and open critiques. Promoting Ibram X. Kendi was a pathway to promotion, but demanding accountability for the deaths of 11 Marines was unacceptable.

“Freedom comes at a cost,” Berger’s statement read after the deaths of those Marines at Kabul airport. The cost of freedom isn’t a hollow cliche, it’s accountability and integrity from officials.

Last year, General Stephen Neary, a two-star general in command of Marine Forces Europe and Africa, was removed from duty by Berger due to a “loss of trust and confidence in his ability to serve in command” because he had allegedly used the “N” word. Neary hadn’t been trying to insult anyone. Instead he had repeated the slur only to complain about the inappropriateness of playing music containing the slur at a Marine Corps training event. But in a woke military leadership where campus cancel culture trumps honor and tradition that didn’t save him.

The only man to go on trial has been a persistent critic of the Marine Corps leadership.

During the George Floyd riots, Berger had warned that “there is no place in our Corps for racists – whether their intolerance and prejudice be direct or indirect, intentional or unintentional.”

Much like on campus, being accused of unintentional offense was a hanging crime.

Like the rest of the military brass, Berger initiated divisive “conversations” about race in which officers were expected to listen and accept any accusations from minority personnel.

“We all have unconscious biases, admitted or not,” Berger told ABC’s Martha Raddatz, parroting the corrosive racial psychoanalysis of critical race theory that says all white people are guilty.

While Berger was ordering officers to “listen” to false accusations of racism, he refused to listen to the much more substantive criticisms of Marine Corps dysfunction, gender and racial ideology, and the disastrous policies that led to the deaths of 11 Marines in Kabul.

General Berger has failed the Marine Corps and the United States of America.

Instead of focusing on the fight ahead, Berger decided that what the Marine Corps needed was to get woke, to dismantle its warfighting readiness by purging political incorrectness, lowering standards for the sake of diversity, and imposing cancel culture for the slightest offenses.

Firing Berger would be the first step to rebuilding a Marine Corps that wins battles instead of building woke safe spaces. That’s what America and the fallen heroes in Kabul deserve. 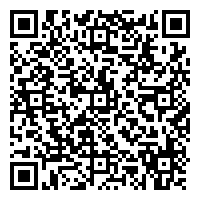