The Democrats and their corporate media operation inhabit a world of ideology, devoid of any real world consequences, and so their response to the violence in Kenosha has been to single out Kyle Rittenhouse, a 17-year-old boy who was one of the handful of people left to stand between the rioters and the local people.


The media is screaming about Trump, militias, white supremacy, racism, and the usual deranged stew of ideological buzzwords.

But the bottom line is that the police provide security so that everyone isn’t reduced to relying on civilians defending themselves or others. The police are trained in the use of force. They’re also expected to be much more tolerant of violent provocations and threats before using force.

Put armed national guardsmen on the street and that tolerance level drops. And put a 17-year-old boy with a rifle on the street, threaten and attack him, and his tolerance level for the use of force is going to be a whole lot lower than those of the police officers that Black Lives Matter is fighting to abolish.

You can push cops a lot harder than you can a civilian with a gun who doesn’t have the training and isn’t being paid to keep cool.

It’s never a good idea to threaten an armed man. But, contrary to the barrage of media lies, you can push a cop a lot further than you can a frightened boy who suddenly realizes that he’s isolated and under attack in enemy territory.

But that’s what happens when you push to defund the police, when the Ferguson and BLM effects kick in, and people start trying to protect themselves and others.

The police are not a ‘racist’ or ‘oppressive’ institution. They’re a progressive one.

It takes leftist idiots and the even bigger idiots who listen to their media and have no sense of history to miss that point.

Defund the police and you get people with guns defending themselves. 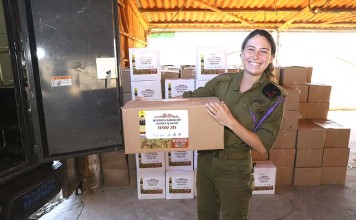