Los Angeles is a nice place to spend Sukkos. It is, after all, in “Sunny California.” You can sleep under the stars and bamboo roofing with nothing to disturb you other than the somniferous snoring of your fellow shluffers.

They were busy snoring one night when I picked up my iPad. I couldn’t sleep; something was on my mind. It had been there ever since we exited the Uber that brought us to our friends’ home for the holiday. As we headed from the car to the house, I noticed a homeless woman, clearly disturbed, sitting on the sidewalk on the other side of the street.


An hour later, after we had unpacked, the lady was outside the front door, busily emptying bottles of seltzer she had found onto the grass. I think she wanted to make money recycling the plastic bottles. My wife went out to speak with her. Twenty minutes later, my wife was back and in shock. She knew this woman.

Many years ago, they were on a trip to Israel together. Now, because of mental illness, this woman was a wreck and almost unrecognizable. She should of course have been cared for in some institution, but those don’t exist anymore in Sunny California. If I remember correctly, it was President Reagan who followed the example set in the UK by Prime Minister Thatcher and closed them down.

Yesterday, on my way to shul early in the morning, I passed a man sleeping in a doorway. Arriving at shul, I made myself a crucial cup of coffee (I have a fridge magnet that says, “Delete anything I said before my first cup of coffee”) and then was overwhelmed with guilt. I poured another and walked back to the doorway to offer a tiny token of kindness to a man who had reached rock bottom, whether by his own choice or the choice of others.

Los Angeles has the second-largest homeless population in the United States – 55,000. New York ranks first with 76,500. But they seem to be much more visible here, and since one of the largest centers for these poor souls is only a short distance from one of the wealthiest areas of the city, their condition stands out.

I have always been upset by the plight of people whose lives have unraveled. As a boy, I was part of an organization called Jewish Youth Voluntary Service. We helped in a soup kitchen for homeless people, where a huge element of our work was letting clients tell their stories.

Listening to a man of 50 explain that he used to be happily married, a good father, and the headmaster of a prestigious school before alcohol got to him was deeply upsetting to me as a 15-year-old. Decades later, seeing that Jewish woman who once looked forward to a trip to Israel, I was no less upset.

I don’t know the story of the man in the LA doorway I passed on my way to shul, but surely he too once looked forward to being happily married and a good father.

Chance meetings with desperate people are not the only way for adults to consider their plight. The Torah reports that Moshe actively sought out such rendezvous: “And Moshe grew up, and he went out to his brothers to see their suffering.”

When my wife and I were recently in South Africa to speak at the chief rabbi’s annual “Sinai Indaba” educational conference, we traveled to the sprawling township of Soweto. In it is Kliptown, where apartheid Johannesburg secluded the massive African workforce that produced its wealth.

Kliptown is stuck in a time warp. None of Soweto’s wealth has come its way. The electricity is stolen from overhead train wires. There is no running water. The level of poverty is third-world at its worst.

We visited a kindergarten with our guide, a Jew who specializes in helping Kliptown by bringing other Jews to see for themselves how dire life in a shanty town really is. Many of the tots looked at me with great concern, even fear. Many had never seen a white person before, and I suppose we must have looked very strange indeed. After seeing conditions there, I decided to arrange an appeal for funds from my Facebook friends.

When I was in London over Yom Kippur, someone noted that the UK boasts roughly 2,700 registered Jewish charities. That’s one charity for every hundred Jews! We are undisputedly a very generous people. I also firmly believe that charity begins at home. But after sitting, as we so recently did, in our “temporary” homes, knowing that we would soon be in a permanent and often pleasant home, I suspect there is enough room in our Jewish hearts to help some of the tens of thousands of souls sleeping in doorways in New York, LA, or Soweto. 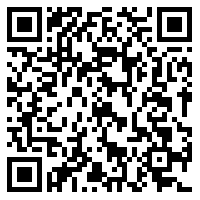