Here we are again – Shavuos, the yom tov commemorating the giving of the Torah, God’s greatest gift to mankind.

If someone were to say to me, “It’s unbelievable that Hashem gave us His amazing Torah,” I would respond, “That’s the wrong way to put it. ‘Unbelievable’ means ‘not to be believed.’ The correct expression is, ‘It’s beyond belief’ – meaning more than belief. Hashem loves His charming nation beyond words.”


Yes, this is how much Hashem loves us, and we learn it from a non-Jew named Bilam, who declared (Bamidbar 23:21), “He observes not evil among Yaakov and sees no transgression in Israel.”

My son Moshe told me that that the other day he was davening at the Kotel and there were three non-Jews observing him, studying his swaying, to the point that it became annoying to him. Finally he asked them, “What are you looking at?”

And they started showering him with praises. “You Jews are right…you are all the living truth of the prophets who predicted Israel’s return to their land and the coming of Messiah. Our pastor talks to us about you Jews in every sermon, and now we are here in the Holy land, observing this with our own eyes.”

They found the words to describe their belief. But Hashem’s love for us is way beyond this – beyond belief, beyond words.

Imagine if, in my absolute love for my wife, I dared give her a piece of parchment on which was written, in the beautiful calligraphy of a scribe: “And you must love your husband with all your heart, with all your soul and with all your essence.” I’d probably have to duck fast as the rolling pin came flying at my head with my wife shouting, “Don’t tell me how to love you; you must earn my love!”

But I would still go on loving her, seeing no evil or transgression in any of her actions. This is Hashem’s love for His nation.

He is so charmed by His nation, here in the land of Israel more than any other place on earth.

It starts with Pesach, as we recount and celebrate Hashem’s glorious and miraculous taking us out to freedom. Than we start counting the 49 days to Shavuos.

A week after Pesach we all stop and remember the Holocaust. Television and radio are completely given over to the task of charming Hashem, with stories of suffering, death, survival, and bravery – charming our God, despite feeing we were forsaken during those horrendous years of torture.

About a week later it’s memorial day for fallen soldiers and an entire nation salutes those who gave their lives so that we could live as Jews in a Jewish land. Nightlife comes to a complete standstill and sirens roar for a moment of national silence as we also remember the thousands murdered in terrorist attacks.

And then before you can even turn around it’s Israel Independence Day, with mass celebrations across the nation. Thank you, Hashem, for bringing us home at last. People hugging and kissing each other; fireworks going off; fighter jets flying across the sky above, filling our hearts with joy and pride.

And then we count the days to Lag B’Omer when more than half a million people struggle their way up to tiny Meron to connect to the tzaddik Rabbi Shimon Bar Yochai. Food and drink everywhere, all free, beyond money, just the Jewish spirit of loving and giving and blessing one another, charming our Maker as no other nation on earth.

Ten more days of counting brings thousands of young people together, marching up to Jerusalem, waving flags and celebrating the reunification of Jerusalem.

I stood by the Western Wall and merited davening Minchah led by an elderly man who told me, “On this date, in 1965, my father died. And as a soldier two years later in the Six-Day War, as a paratrooper, I led the first Minchah minyan when we reached this wall and I said Kaddish for my father on his yahrzeit, on that first Jerusalem Day.”

Was Hashem charmed by this? Of course. Beyond belief? Certainly. 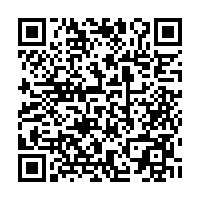