Much of the ongoing debate about the Israeli-Arab conflict surrounds Israel’s borders. The Arabs seek the creation of  a new state of Palestine, up to the “1967 borders.”  That term has also been used by US President Obama as a basis for a peace formula.  However, the term and plan are flawed at its core, as the “1967 borders” were deliberately and specifically never declared borders by the warring parties in 1948-9, for different reasons.

In 1922, the predecessor to the United Nations declared in the British Mandate the “establishment in Palestine of a national home for the Jewish people“.  Because of the 1936-9 Arab riots, the British back-tracked from the original international plan and began to devise a solution that created only small enclaves for Jews within an Arab state.  By 1947, their actions set in motion a compromise plan by the United Nations that would have created distinct Jewish and Arab states.  That plan was rejected by the Arabs. When the British withdrew from Palestine in May 1948, the Jews declared an independent state and five Arab countries went to war against Israel to destroy the nascent Jewish state.

The end of the war in 1949 did not fix borders, but established armistice lines where the fighting concluded. No peace deals were signed between the warring parties as each sought ultimately different borders: the Arabs still sought the complete destruction of the Jewish state; the Israelis wanted borders that were more defensible.

From Israel’s perspective, as it was subject to constant attacks, riots, wars and blockades to destroy the country, it viewed the 1949 Armistice lines as insufficient to provide it effective security.  The sentiment was best summarized by Israeli Foreign Minister Abba Eben to the UN Security Council in 1967, after the Arab armies once again set out to destroy Israel.

Why does accuracy matter?  How would a Palestinian call for the establishment of a new state of Palestine along the “1949 Armistice Lines” or the “Green Line” be any different than calling for such action along a fictitious “1967 Borders”? Because the 1949 Armistice Lines underscores fundamental truths:

The deliberate use of the term “1967 borders” gives a false impression that those lines were at any time approved and permanent. Further, using the term “West Bank” for the area east of the Green Line, makes that area appear to have been an actual Palestinian Arab entity, and as such, implies that the “occupied territory” is occupied Palestinian Arab land. Those conclusions are all false, and all fall away by using the proper Green Line/Armistice Lines terminology. 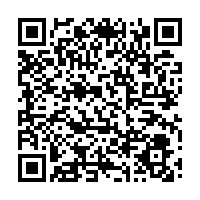