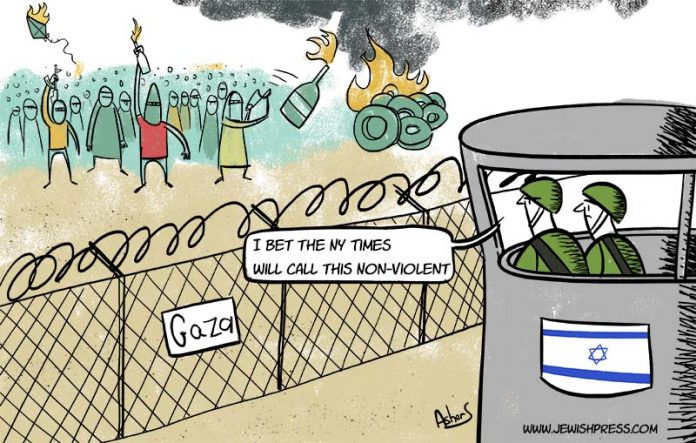 The New York Times sets the gold standard for a pro-Palestinian Arab narrative in the United States mainstream media. It never stops trying to make the point that Palestinians are non-violent resistance fighters against the horrible Israeli-occupation machine. Here’s a link from FirstOneThrough to appreciate the breadth and depth of the Times bias.

In the latest example, on July 9, 2019, the Times wrote an article on page A4 with two pictures and a map called “As Weary Protesters Turn to Pocketbook Issues, West Bank Quiets.” The online version had three more pictures of Palestinian Arabs “protesting before Israeli soldiers.”

The 1,200-word article used the word “protest” 8 times, not including the title. It used the word “resistance” 6 times. “Violence” appeared only twice.

Pretty remarkable for the people who launched a stabbing and car ramming intifada throughout 2015 on the heels of an all-out war from their cousins in Gaza in 2014, who continue to stone people and cars, and who have a leadership which continues to use its scant resources to pay terrorists who maim and murder Israelis.

A particularly choice paragraph captures the NYT’s #AlternativeFacts portrayal of the Palestinians as despondent about their peaceful strategy and anger at the United States:

“An opinion poll by the Ramallah-based Palestinian Center for Policy and Survey Research in June found that only 23 percent of Palestinians saw nonviolent resistance as the most effective way of achieving statehood, while three-quarters said the Palestinian leadership should reject the American peace plan.”

Fewer than one in four Palestinian Arabs believe there is any effectiveness of “nonviolent resistance.” The majority of Palestinians believe prefer other actions. According to the actual opinion poll:

But the Times wrote a huge article about the Palestinians’ LEAST PREFERRED method of establishing a new Palestinian state, well behind violence and negotiations.

Which begs the question, why not write a 1,200-word article about Palestinians preference for violence? Their attitude has been consistent in EVERY Palestinian poll, taken over the last several years. (Well, in actuality, they are Palestinian polls, so the words “violence” and “terrorism” are only used in connection with Israelis, whereas Palestinians engage in an “armed intifada” or “armed struggle“).

Further, the Palestinians oppose a two-state solution, with 47% in favor and 50% against as of June 2019. It is also a point that the NY Times never mentions.

The Times presents a fake narrative to its readership that the Palestinians are in favor of a two-state solution and are valiantly engaged in nonviolent protest to achieve their aims, despite every Palestinian poll which shows the opposite. But facts do not matter for the Times; the editors have chosen the good people and the bad people in every story. And in case you’ve been buried under a Palestinian rock and missed it, the Chosen People are the very bad people. 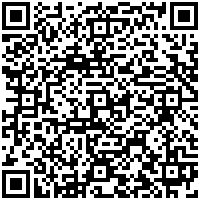