Part I of this article discussed the background and early days of the new Sanhedrin. The chain of ordination began in 2004 with the ordination of Rabbi Moshe Halberstam, who ordained Rabbi Dov Levanoni, who passed it down to the other rabbis. A Sanhedrin of 71 rabbis convened in Tiberius on the 10th of Shevat, 5765 (Jan. 20, 2005). This is just the second time in 1,600 years that this unique event has occurred.

The Sanhedrin includes rabbis from diverse backgrounds: Charedi, religious-Zionist, Sephardic, Ashkenazic, Chassidic, Lithuanian, and others. The ordination of these rabbis is part of the process to reestablish the Sanhedrin, but they will not necessarily be the final members. Each of the rabbis currently sitting on the Sanhedrin pledged that he has assumed his seat on condition that he will relinquish it to anyone greater in Torah who wishes to join. It is hoped that the release of several of the names of those involved in the Sanhedrin will encourage those who believe that their own rabbis or teachers are qualified to be part of this endeavor to recommend that their rabbi be included in the Sanhedrin. Those interested in becoming involved with the Sanhedrin should contact the Sanhedrin secretariat.

The new Sanhedrin has at least the authority of a regular bet din, if not more. Among the many topics the Sanhedrin intends to address are: the bridging of the divisions between various communities of Jewish exiles who have returned to Israel; the establishment of authentic techelet, the blue thread that is part of tzizit; the definition of the measurement of the ammah (the biblical cubit) and the determination of the exact point of human death, so as to deal with the Jewish ethics of transplants. The Sanhedrin will also establish a forum of architects and engineers to begin plans for rebuilding the Temple.

The 71 rabbis, who are members of the Sanhedrin are Torah scholars, and many are experts in secular and scientific fields. The 71 rabbis elected a seven-member leadership council that meets once a week in Jerusalem to prepare for the Sanhedrin meetings and represent the institution in dealings with the public.

The following are the members of the council: The nasi (president) is Rabbi Adin Even Israel (Steinzaltz), a talmudic scholar who began his monumental translation and commentary of the Talmud in 1965, established a network of schools in Israel and Russia, and has received honorary degrees from Yeshiva University, Bar Ilan U., Ben Gurion U. and Florida International U. The Av Bet-Din (chancellor) is Rabbi Nacham Kahana, a graduate of Yeshivat Mir, a rabbinic scholar and the rabbi of the Young Israel of Jerusalem’s Old City. He is currently working on an interpretation the Tosafot of the Talmud. He is also the director of the Institute for Talmudic Commentaries and has created a database of reliable Kohanim in Israel. Rabbi Yoel Schwartz is the assistant Av Bet-Din. He is a Torah scholar and a prolific writer who has published over 200 seforim. He learned at Yeshivat Ponevitz and Yeshivat Mir and was the mashgiach of Yeshivat Itri and the spiritual advisor of the Nahal Charedi (ultra-religious army program).

There are four other distinguished members. Rabbi Dov Levanoni is a Torah scholar, a prolific author and the author of Hamikdah, a description of the Second Temple according to Rambam. Rabbi Yisroel Ariel, who was a rosh yeshiva, the spiritual leader of Yamit and the founder of Machon HaMikdash, served in the paratroop unit that liberated the Kotel in the Six-Day War. Rabbi Dov Stein received ordination from Rav Sternberg of the Eda Hareidi. For the past 20 years he has been the spirit behind the renewal of the Sanhedrin and serves as its secretary. He is well-known for his responses to secular questions about our principals of faith on the Internet at

www.thesanhedrin.org, Rabbi Yehuda Edri is a Torah scholar, supervisor and principal for the Chareidi Shas Party’s El Hamaayan Educational system. He is an expert on the location of the Temple and its measurements.

The Sanhedrin has also set up two Batei Din (sub-courts) and one Va’ada (sub-committee). The Special Court for Matters Concerning the Nation and the State, with its chief justice, Rabbi Yisrael Ariel, concerns itself with the government and Jewish law.

Since 1948, the government of Israel has in general been a socialist, secular government taht exercises civil authority in the majority of the land of Israel. Although this government is made up largely of Jews, it is increasingly distancing itself from its Jewish culture and religious heritage. It sees itself as a secular government of its citizens, and moves are being made to completely separate religion and state by disenfranchising and reducing the funding of religious institutions. It has also embarked on a policy of appeasement of international anti-Israel opinion and terror organizations, by large-scale forced-transfer of mostly religious Jewish population centers in a government policy called “turning inward.” In spite of these aggressive moves against various religious communities within the land of Israel, the new Sanhedrin is interested in working within the law to achieve needed reforms.

There is also a special court for matters concerning the Bnei Noah, with Rabbi Yoel Schwartz as its chief justice and a “Research Committee for the Exact Site of the Holy Temple and Altar,” whose spokesperson is Rabbi Gidon Harlap. 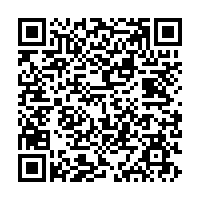