Rafi and Adva Biton buried their four year old daughter, Adele Biton (Hyd) last week. Yet another precious Jewish child, nay, a baby by any definition, was stolen from her parents. It wasn’t childhood cancer or leukemia (lo aleinu) that took her life, nor was it complications related to pneumonia which her death certificate will surely list as the cause of death. Pneumonia wasn’t the culprit. Pneumonia was secondary to the real disease which stole her life, as surely as if she was shot in the head. Adele was murdered by Arabs.

In March of 2013, Arabs hurled stones at Adele’s family’s car outside the community of Ariel. Her mother had to swerve the car and they collided with a truck. The injuries the two year old Adele sustained should have killed her; instead she was left with severe neurological impairment and compromised health. Sometimes people aren’t killed outright when terror strikes. Sometimes the after effects reduce the person to a shell of their former self, either physically, cognitively, or emotionally. Many victims of Arab terror are left in vegetative states, comas, or the lesser forms of brain trauma that robs the person of his or her intellect and personality. The little deaths. The slow deaths. The death of one’s health. The tragedies that precede quietly but no less tragically. Adele’s death must be seen as death by Arab terror. They stoned her, and damaged her health forever.

Anatomy Of A Stone

Stones kill. Stones maim. Stones are deadly, despite what foolish liberals maintain. No liberal on earth would let you throw a rock at their heads to prove a point. The bodyguards of any world leader be it a president, prime minister, or king, would all put a bullet through the head of anyone throwing a rock at their leader. The term rock is a misnomer, and we would be wise to lose the term. It conjures up images of innocent children collecting pebbles. Those who throw stones are terrorists who understand precisely what a stone can do to a person.

Stones are mankind’s oldest weapon. Whatever their organic make-up, whether they be jagged or smooth, they are similar in principle to a war hammer, a modern sledgehammer, a club, or a baseball bat. They crush and break bones, including the human skull. A child’s small skull cannot sustain a vicious assault with stones.

Stones were used in their crude forms as deadly bludgeons and projectiles. In time, they were forged into more efficient killing tools. Technology allowed them to be hurled through the air via crossbows and catapults. Large stones and boulders were rolled down mountain tops to flatten armies. Mankind discovered how to send them flying through the air with gunpowder. Modern weapons can be traced back to the simple stone. An assault on a person with a stone is an act of premeditated murder.

There are stones everywhere. They are easy to discard. Arabs use stones because they can be hurled from afar, allowing them to flee into a nearby Arab village, where they will never be found. No police forensics unit will investigate the area to lift fingerprints from stones. Nor will there be any investigation of the surrounding areas because the Israeli police are useless. (Unless of course, the perpetrators are believed to be Jews retaliating against Arabs. Then the Shabak will use every scientific resource on earth to find (or create) evidence against these “Jewish terrorists.”) And the Arabs are expert at launching these deadly stones with the aid of slings.

Arabs don’t need guns to murder Jews. They only need stones at their disposal, or the stone’s urban cousin, the brick and the cinderblock. They only require the rudimentary tools of day to day living to murder and maim. Whole books can be written on the bloody history of the stone in the Arab war with Am Yisroel, a tragic compendium detailing the many deaths and critical injuries that robbed families of their loved ones. During the first intifada, the stone became the dominant weapon of the Arab street. The roads were no longer safe for Jews. Today the stone is both an offensive and defensive weapon, since the insane national policy is that Israel’s soldiers and police back down or retreat from Arab mobs. The stone has won the battle.

In their war with the Jewish people, the Arabs require weak, timid, Jewish leaders who perseverate on what the world will think if Heaven forbid Israel responds to terror with Jewish power. They require the aid of appeasing Jewish governments who readily release hundreds of Arab murderers with a little cajoling from a U.S. President, if they believe that American foreign aid is in jeopardy. Their tactic requires that the Israeli government refuses to protect her citizens. They require an Israel without a police force and an army whose leadership is politicized and riddled with the immoral framework of corrupt bureaucracy. They need a populace who will continue to elect representatives who convey charisma or the facade of the former, who can wax eloquent on Israel’s right to exist, rather than men of truth and courage whose stick surpasses their speech. They require a society where Israel’s leaders declare, “but we cannot shoot on them, since they are only throwing stones.”

Jewish blood is cheap in Israel. Jewish blood can be bartered and bought. The blood of Jewish children is worth very little. And after one vulgarity followed by another, we have the added chillul Hashem that transpired, when the IDF’s Civil Administration gave the grieving parents additional anguish when they raised difficulties for them, when it came to burying their murdered daughter on Jewish land. Another feather in the camp for the bolshevik “mixed multitude.”

The only sane reaction to this ongoing evil is heart-break for the victims, dead and alive. Tears and mourning for another child murdered by Arabs. Every parent’s worst nightmare: the loss of a child. There are no words to convey such a nightmare. No words of comfort for the parents, family, and for the collective nation whose heart aches with the loss of a tiny child. We are talking about preventable murder that would be removed forever from our midst if we sent the Arabs away. Because the lesson is plain: live with them and continue to die from them.

The nightmare is captured in the photographs of mother and father, hearts torn in two, mourning over their beautiful little girl, dressed in a tiny shroud; parents wailing and mourning to the Almighty. The pain of being human when tragedy strikes. Even the higher animals, lacking the cognition of man, grunt and moan with agony when their babies are taken from them. Man has to deal with the eternal voices and the questions that will never go away. And the eternal enduring pain of grief struck parents who will never know comfort on this earth.

If 1000 Arabs gather on the roads to hurl stones at Jews, then the government of Israel has the moral obligation to shoot 1000 terrorists dead in their tracks, with no regard for age; old enough to kill, old enough to die. This is the response to Arab terror that any sane government would enact. Naturally, the only guaranteed solution is to get rid of the Arabs via transfer. Until that occurs, there will always be Arab assaults against Jews, since they need Jewish blood the way most people need air. Yet the use of lethal force from Israel’s defense forces must be an essential component. We need to meet Arab violence with the righteous violence of self-preservation, and destroy them from the face of the earth. The Almighty gave us an army. We need to appreciate the gift and send these human jinn to the grave.

There are of course those grotesque Jews who will opine that the Arabs desire such martyrdom. I say let them have their perceived martyrdom before they take a Jewish life. If every would be shaheed is removed from the earth, their twisted ideology is irrelevant. Let these evil people perish on this earth and then perish again in the afterlife.

I spoke of heartbreak the visceral reaction, now I speak of rage. I speak of the noble desire to see evil removed from the earth. Our leaders make promises of strength, when strength is as foreign a concept to them as the principle of truth. They pander to selfish special interests and squabble among themselves. They fragment the nation rather than fight the Arab enemy. When Jews are murdered, the trait of rage and vengeance is the highest level of glatt kosher, and the application of rachmanut as treif as the pig.

May The Almighty avenge Adele’s precious blood! May He heal the neurotic Jewish psyche which questions its right to defend itself, even when the victims are little Jewish children. May He return seichel to the Jewish people so that the caul of idiocy is removed from our eyes, and the nation as a whole understands that we cannot live in Israel with the Arabs. Forget about the idolatry of coexistence. The Arabs are committed to ensuring that we do not exist period. 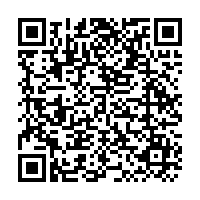