Disclaimer: I don’t like labels as it pertains to Torah identity. I don’t love the term ‘orthodox Jew’,  modern-orthodox, etc. Personally, I would prefer the term halachic Jew, but some of the most aggressive religious innovators insist that they are acting in an halachic manner. On the other hand, I have zero patience for those who nit-pick with ridiculous semantics. In this article I use the term ‘orthodox Jew,’ because sometimes terms become deep-rooted in a communal identity, and the desire to shake the root free is both wasteful, unnecessary, and sometimes counter-productive. I use the term when referring to religious rabbis who believe in the absolute Divine nature of Torah, and the mass revelation at Sinai.


A few other brief points. In no way do I believe that there are no great, righteous men of Torah today. G-d forbid! There are many, and I am fortunate to know more than a few myself, both in Israel and America. In this article I am speaking about what I perceive to be a dearth of prominent public voices, in response to radical innovations.

Finally, I want to clarify that my critique of torturous misreading of Halacha is referring to radical innovations that, in my opinion, contradict the traditional approach of Halacha. My critique has no commonality with those who mock the halachic system and Halacha in general. Quite the opposite. I am unequivocally committed 100% to the Divinity of Torah, and to the sacred words of chazal.

In any event, these are my general reflections of what I perceive to be a terrible problem. If nothing else, perhaps, this article will encourage people to address these issues.

Once upon a time, there were giants who walked amongst us-giants of Torah. Men with wisdom to combat the modern idols of secularization. Men who defended the integrity of the Jewish synagogue and the Jewish family from goyish modernization. Men who spoke with deep wisdom in defense of the deepest truths. Men who understood that modern definitions of feminism, woman’s rights, and similar minded ideologies spoke more of the faulty psychology of their respective advocates, than of any new-age modern revelation designed to liberate women from being women. Once upon a time, great men of Torah fought for yahadut.

Today, there are few if any prominent vocal voices. And so, whenever the new radical voices in the Torah community (who speak in the name of Torah) speak violence to the system, there is deafening silence. On issues that should transcend all labels and factions, and appeal to everyone concerned with protecting Halachah, one feels the void.

Ironically, some of the most blatant outrages occur in Israel, where unbridled Jewish messianic fervor renders many Jews vulnerable to aberrant belief systems. Consider the spectacle of orthodox rabbis giving a kosher seal to evangelicals and missionaries in Israel because of a distorted notion of achalta de’geula (a pivotal point in time auguring moshiach). Consider how one prominent Rabbi in the heartland of liberated Samaria opened up his community to evangelicals in order to benefit from their free labor. Today, these evangelicals have transitioned from living in tents to dwelling in cottages.

Consider that Tommy Waller, the leader of these evangelicals from the volunteer group “Hayovel”, once infamously admitted in a promotional video that such opportunities will give him a chance to missionize (video):

“As we’re working with these people, we’ll be able to share with them this…this Jesus that we know.”

Further on in the video, a family member elaborated:

“Our family has begun a ministry called Hayovel. The vision of Hayovel is to develop a network of individual, families, and congregations who are ready to labor side by side with the people of Israel. To bless them, to stand with them, to share with them a passion for the soon coming jubilee in yeshua messiah. We extend the invitation to you, to join us.”

And what of the growing number of religious rabbis who swim in the dangerous waters of interfaith dialogue? Perhaps most outrageous of all is that easily the most prominent individual involved in this lunacy repeatedly treads upon his deceased Rabbi’s famous stringent halachic ruling which prohibited such actions. (See Rav Soloveitchik’s famous essay “Confrontation” and follow-up Addendum.)

On a more general level, how is orthodoxy supposed to cope with the following?

I worry about the future of Judaism. Not for its ultimate survival, since our tradition is stronger than any threat we face. But the war will come at a cost. The cost of souls lost to heresies new and old. Once upon a time, giants of Torah fought for truth against the ‘reformation’ of Torah. Today the Torah community is as weak as ever. Not in terms of over-all Torah study. In that context, there is more Torah study today than ever before. But with the rise of social media, and the new movements pandering to all sorts of foolishness, Torah Jewry is intellectually susceptible. We lack sophisticated courageous Torah leadership to stand up for unpopular truth.  Even the RCA has shown an inability to reign in radical thought. How long did it take for them to take a stand against the growing clamor of the new “orthodox” to ordain woman?

The great men are gone. The classic men of past generations who fought critical battles for the preservation of Torah are gone. Today’s religious rabbis shirk their duty to protect their flocks. Worse yet, many lead their flocks astray.

Factionalism render’s certain camps relatively insulated from some of these heretical voices. For the time, at least. One attraction of these new voices which will appeal to the disaffected of every community, is that some of these new prophets raise valid points about institutionalized rabbinical abuses which represent a chillul Hashem. These real issues act a springboard to hoist radical ideas. The fact that a stopped clock tells accurate time twice a day does nothing to change its general status as a broken instrument.

Yet the willingness to admit abuse speaks of a candor which people find impressive. The answers are usually less impressive, and are usually more grounded in feelings than Jewish law. But one cannot ignore the real issues, and the attraction of those who address them. One must find better solutions reflecting Torah positions. “Orthodoxy” doesn’t need to change, despite the popular insistence that it must. Corruption is by definition contrary to Torah. If it is corrupt, then it cannot be orthodox despite the identification as such by the corrupt. We need to aggressively return to the truths of Torah.

Where are the giants who fought for halachic integrity? These great men are gone. Today we have silent men. Fearful men. People afraid to confront those who seek to ordain female rabbis in the name of orthodoxy, and those who would rather create a new Halacha to free chained women, rather than call for Jewish men to break open the heads of recalcitrant men. Today, we have Rabbis who in the name of compassion, will create leniency where none can be found, and in turn, will create mamzerim. The greatest and most sensitive poskim of the past, were sometimes hamstrung by halachic reality. They understood that non-halachic compassion will destroy the Jewish people.

In the name of political correctness, some may opine that the Rambam’s words were for his age alone, and that the Nesher could never have imagined a Jewish state in a modern age. My understanding of the Rambam is that he foresaw much more than his modern day detractors ever could. Unlike others, he wrote about biblical wars precisely because he understood that the process of redemption will occur, and war will be necessary.

In the name of religious tolerance, many distort the Meiri in a way that he could never have imagined, as a source for all sorts of prohibited activities. The Meiri never could have fathomed a prominent religious America rabbi in America entering a national church for Obama’s initial swearing in ceremony. No one puts a gun or a sword to a Rabbi’s head in America, and yet he entered a forbidden place of his own volition.

Political correctness has infiltrated orthodoxy making orthodoxy increasingly susceptible to liberal sensibilities. Now is a time for intellectual zealousness for Hashem. Men of Torah need to face the new heresies and radical innovations, and intellectually combat the religious proponents of these foreign notions.

An orthodox Judaism which fails to heed today’s call, will suffer in the coming years. The impact will affect even the most insulated communities. One day, the orthodox will awaken from their slumber and cry out for action. What will they do? They will create conferences to deal with the new “crises”. But by then, the bleeding will be copious. 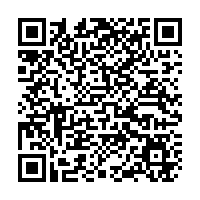