Home InDepth Columns I Am Afraid!
Share on Facebook
Tweet on Twitter
I recently read a background story about presidential candidate Barack Hussein Obama online in the New York Times, and I seriously began to worry. I decided to use the Internet to do some additional research, and now I continue to worry. I was concerned by the almost blasé tone used by the Times as it discussed Obama’s close association with a radical, seemingly anti-American and anti-Israel preacher. I found a Fox News report about his performance during a presidential debate, an Arab blog and a Haaretz report that surveyed Jews and placed Obama in last place when the Israel factor was questioned.

The Times article spoke of his warm, continuing relationship with Rev. Jeremiah A. Wright, Jr., pastor of Trinity United Church of Christ in Chicago. The article mentioned that Obama “had sampled various faiths but adopted none until he met Wright, a dynamic pastor who preached Afrocentric theology, dabbled in radical politics and delivered music-and-profanity-spiked sermons.” The article reported that, “Mr. Obama was entranced by Mr. Wright, whose sermons fused analysis of the Bible with outrage at what he saw as the racism of everything from daily life in Chicago to American foreign policy. Mr. Wright traveled to Cuba to teach Christians about the value of nonviolent protest and to Libya to visit Col. Muammar el-Qaddafi, along with the Nation of Islam leader Louis Farrakhan. Mr. Wright said his visits implied no endorsement of their views.”

Wright makes assertions of widespread white racism and he often criticizes the American government. One of his comments was “Zionism has an element of white racism.” On the Sunday after the terrorist attacks of 9/11, “Mr. Wright said the attacks were a consequence of violent American policies.” Four years later he wrote that the attacks had proved that “people of color had not gone away, faded into the woodwork or just ‘disappeared’ as the Great White West went on its merry way of ignoring Black concerns.” While Obama stated his opposition to the Iraq war in conventional terms, Wright issued a “War on Iraq I.Q. Test,” with questions like, “Which country do you think poses the greatest threat to global peace: Iraq or the U.S.?” Wright prayed with the Obama family just before his presidential announcement.

Who this preacher is and how much of an influence he has on Obama concern me greatly. In the past 16 years, “Mr. Wright has presided over Mr. Obama’s wedding ceremony, baptized his two daughters and dedicated his house, while Mr. Obama has often spoken at Trinity’s panels and debates. The Obamas treat Trinity as their spiritual home, attending services frequently.”

Where does Obama stand on the question of radical Islam? Is it the major problem today? According to the Times, “[Mr.] Obama sees radical extremism as one of the world’s problems on a checklist of many others: global poverty, nuclear proliferation, global warming,” not as the major problem of our time that many of us believe it is.

Fox News reported that when asked in a debate about America’s best friends in the world, “Obama waxed on about NATO and our European allies before looking east to Japan It was clear that Obama didn’t get it that this was the Israel question” Even when prompted by Brian Williams, who followed up by pointing out that Obama had neglected to mention Israel, and reminded him of his comment that “no one had suffered more than the Palestinian people, Obama still didn’t get it right.”

Another very disturbing report was on a pro-Arab Internet blog. It stated that in 2000 [Ali] Abunimah [a Middle East and Arab-American affairs writer and commentator] recalled, Professor Rashid Khalidi, a leading Palestinian American advocate for a two-state solution and harsh critic of Israel, held a fundraiser in his home for Obama, embarked then on an ultimately unsuccessful bid for the House of Representatives. “He came with his wife,” Abunimah said. “That’s where I had a chance to really talk to him. It was an intimate setting. He convinced me he was very aware of the issues [and] critical of U.S. bias toward Israel and lack of sensitivity to Arabs. He was very supportive of U.S. pressure on Israel.” One source close to Obama, speaking on condition of anonymity, recalled that, “Obama often expressed general sympathy for the Palestinians – though I don’t recall him ever saying anything publicly.”

I had mixed emotions as I read the various news reports. Is Obama as good as any non-Jewish American candidate when it relates to Israel and Jews, or do we have more to fear from him and from those that influence him?

Is it true that Obama has a goal of acting friendly to Jews at least until after the election? Once in power, he can exercise his potential radicalism in subtle ways and seriously harm Israel and the Jews. Could this be the reason a Haaretz report that surveyed which candidates Jews would vote for found that Obama was in last place when the Israel factor was questioned? Is there a fear of the unknown underlying this feeling?

Does the U.S. want a very congenial president, with little political experience, who is surrounded by many question marks and questionable associates? Are we sick and tired of statesmen and ready for a novice as president? Will Obama seriously distance himself from preacher Wright because he disagrees with his views or because it simply is more politically correct?

I started this article mainly concerned about Obama but, when I thought about it, I note that Hillary Clinton’s past, as far as Israel and Jews are concerned, also involved a nearly total makeover of her views.

Is America ready for an African-American president, and is the alternative a woman? Both Hillary and Obama have questionable backgrounds when it comes to Jews and Israel, but both have made proactive efforts to erase past history and concentrate on being pro-Israel and pro-Jews. Is there a difference? Should we accept their new faces and approaches, and be happy that they realize the importance of Israel and Jews and want the job of president enough to repeat often that they love Israel and Jews? Can either of them be trusted to follow through once they gain power or will they quickly forget us once they get into power? 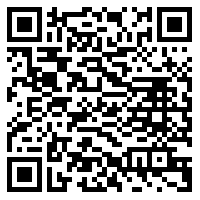