Living in Jerusalem, my newly married daughter and son-in-law are adjusting to more than just marriage. The “knife intifada” has claimed the lives of several Jerusalemites in their neighborhood, and they are learning to live with an evolving set of realities. They avoid public transportation and densely populated areas, wear backpacks as armor, and order groceries online instead of venturing out to the shuk. Being constantly aware of their surroundings has become their new way of life.

If several days go by without a terror attack in their vicinity, they feel lulled into a state of semi- complacency. I continue to urge them to be vigilant and use whatever protection they can. But is pepper spray the answer?


Israel is certainly no stranger to terror. Indeed, being a Jew is all too often laden with latent undertones of vulnerability. Israelis are born into a society demanding an almost sixth sense of proficient security. And that demand has produced a remarkable level of resiliency, something most Israelis are proud of.

But the need for resiliency is currently stretching acceptable limits. Israel has been subject to nearly two months of daily terror attacks. Stabbings, car rammings, shootings and stonings by Palestinians eager to die have become so commonplace that two or three attacks a day don’t merit any mention in the world press. Unless, of course, the press stoops to spin an incident into a shameful sham favoring the Palestinians.

There is something more primal about these personal attacks than the suicide bombings of earlier intifadas, which ravaged the Israeli psyche as much as it ravaged the Israeli economy. The tactics employed to combat the dangers then are failing now, and wariness is turning into weariness.

Years ago, after a particularly gruesome suicide bombing in Jerusalem, an account detailed the impressive resiliency of Jerusalemites, who swept up the glass of shattered store windows and carried on. Unfortunately, ordinary citizens did not have many alternatives. And it wasn’t until too many Jews were blown to bits that the government finally built a security wall that ultimately limited the attacks.

With each new wave of terror, the bar for a tolerable norm is raised. Now all of Israel is at the front line. The increased presence of Israeli soldiers and police on patrol may be comforting but hasn’t diminished the danger. Urging citizens to arm themselves, building temporary barricades, and removing knives from the Knesset cafeteria will do little to assuage an intolerable situation so long as the root cause of the violence is allowed to persist.

Human beings are adaptable creatures, but to what extent is it morally acceptable to demand that they continue adapting? Resiliency should be a way to fight life’s challenges, not a way of life itself. At a certain point its excessiveness becomes an absurdity. Expectations by Israeli leaders that the citizenry will adapt to a new and unsettling reality is as unfairly presumptuous as it is counterproductive.

A change in the status quo on Israel’s ground will only follow a change in the status quo of Israel’s policies. That means doing an about-face regarding Israel’s kowtowing to world opinion. From the BBC to the Obama administration to the EU, Israel remains the culprit no matter how many innocent Israelis bleed to death. And it makes it all that much harder, both intellectually and emotionally, for a Jew to deal with knife-wielding Arabs when the rest of the world is stabbing him in the back.

Nothing short of publicly recognizing the entire land of Israel as God-given and using that as a starting point will change the treacherous course in which Israel finds itself. Persisting with the fantasy of a two-state solution to placate world opinion only serves to diminish Israel’s position when that solution cannot be pursued, let alone implemented. And it perpetuates the “cycle of violence” the world loves to decry.

The ugly truth about Muslim anti-Semitism and the world’s complicity in compelling Israel to negotiate with its enemies needs to be exposed rather than papered over. It is precisely this avoidance of reality that has laid the groundwork for Israel’s current crisis. (And insisting you’re prepared to surrender large swaths of land if only the right “peace partner” came along only kicks a spurious can down the road.)

Prime Minister Netanyahu seems to be inching toward this conclusion. Last week, when addressing the Knesset Foreign Affairs and Defense Committee, he acknowledged he doesn’t want a binational state but added: “At this time we need to control all of the territory for the foreseeable future…. I’m asked if we will forever live by the sword – yes.”

However, a country can only live by the sword if its citizens believe in what that sword is protecting. When incitement by PA President Mahmoud Abbas and Muslim clerics continues unabated, including calls by a Palestinian preacher at the Al-Aqsa Mosque to “restore the Caliphate” and “annihilate the Jews,” Israelis need to double down on their claim to the Jewish homeland. Rather than pander to phony accusations regarding changes in the Temple Mount’s status quo, Israeli officials need to emphasize the Temple Mount’s historical Jewish significance. Especially in light of UNESCO’s declaration of Jewish holy sites as Muslim.

Publicly defending the sanctity of Jewish land will also bring about an end to the madness of Israeli policies that in fact are antithetical to ending the violence. Only a national leadership lacking patriotic pride would allow its country’s enemies to monetarily reward terrorists and their families, delay the demolition of terrorists’ homes, and return the bodies of dead terrorists. Only a government uncertain of the rightness of its cause would ask Israelis to be vigilant while at the same time announcing that vigilantes will be arrested.

It’s time for Israel to stop adjusting to a world bent on its destruction. And time for the world to adjust to Israel’s existence. Maybe then I won’t have to remind my daughter to take her pepper spray when she leaves home. 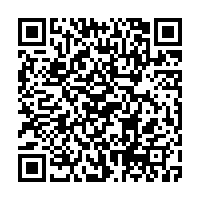