Hen Mazzig, an Israeli writer and public speaker, began the effort to reclaim the hashtag. Soon some Jewish celebrities, such as comedian Sarah Silverman, used it to recount incidents of anti-Semitism, as well as the list of relatives lost to the Holocaust and other stories of bias, insults, violence and persecution. That provided an education to the Twitterverse about the lachrymose nature of much of modern Jewish history.

But it will take more than one day of trending tweets about the hashtag to reverse the way those on both the far right and the left have promoted the notion that Jews use some mythical “privilege” in order to manipulate the world or need to repent of an equally false status as beneficiaries of “white Jewish privilege.” Both are intended to intimidate and shame Jews into silence or acquiescence to radical agendas that are inimical to Jewish interests.

The notion that Jews are both the masterminds of some elite international conspiracy intended to rob, cheat or otherwise misuse non-Jewish victims was a popular trope of Jew-hatred long before it was formalized in the anti-Semitic conspiracy text, The Protocols of the Elders of Zion, a fictional pamphlet first published in Russia by tsarist agents in 1903. The spread of that forgery helped fuel the acceptance of these lies around the globe. To this day, the Protocols still help to fan the flames of hatred in the Arab and Muslim world after having helped set the stage for the Holocaust in Europe.

As those who tweeted in response to the use of the hashtag by anti-Semites, the only privilege most Jews have experienced is being singled out for hatred, discrimination and violence.

That doesn’t only refer to the Holocaust but also encompasses centuries of persecution that preceded that genocide, as well as the many instances in which Jews were subjected to discrimination since then. In the last 72 years, the State of Israel has become the stand-in for traditional Jewish scapegoats by hatemongers, including those from the Arab and Muslim world, as well as Western elites who think that Jews—alone of all the peoples—must not only be denied sovereignty over their ancient homeland, but the right to live in peace there or of self-defense.

That’s one way the phrase has been weaponized to harm Jews. The other is the way the intersectional left has promulgated the notion that Jews are merely a branch of an oppressive international culture of white supremacy.

This notion of “white Jewish” privilege is one that has, sadly, been embraced by some Jews who think that unless they atone for their part in the Western crimes of imperialism, colonialism and racism, they will stand accused along with the rest of the white world.

This version of Jewish privilege, however, is just as toxic as the one floated by white supremacists.

The notion of white Jewish privilege fits in with a mindset that sees the world divided into two groups: evil white people and virtuous people of color victimized by whites. In that formulation, American Jews are participants in the outrage of systematic racism. Israeli Jews fall into the category of oppressors of Third World people, even though the majority of its citizens are actually “people of color,” according to the criteria of the ideologues.

Both assertions are as false as the more traditional tropes of right-wing Jew-hatred.

While America is far from perfect, the idea that it is an irredeemably racist nation and that Jews are part of that problem is simply untrue. America remains an exceptional nation when it comes to anti-Semitism; Jews have been accepted in virtually every sector of society. It’s also true that anti-Jewish hate crimes remain the most prevalent form of religious bias in this country, according to two decades of FBI statistics.

Jews are not the beneficiaries of some mysterious privilege, either in the sense of the conspiracy mongers of the right or the intersectional ideologues of the left.

As far as the Jewish privilege of Israel, it remains singled out as the one nation on the planet that is the focus of an international movement focused on its extinction. That it has thrived and grown just makes its enemies all the more frustrated and angry.

As the posters on Twitter noted as they seized back the Jewish privilege term from the haters, the story of modern Jewish life has been one in which tragedy looms large. It was necessary to point out that the only privilege Jews have been given throughout history is that of being despised. They’ve been hated for being poor and for being rich, as well as for being insular and for seeking to assimilate. Anti-Semitism has little if anything to do with Jewish actions.

As much as it was appropriate to make that point, it would be equally mistaken to embrace the mantle of eternal victimhood. In 2020, Jews are no longer a weak, powerless people at the mercy of others, ripe for persecution. Hatemongers should be answered with the truth, but not by a mindset in which Jews compete for sympathy. In both the United States and Israel, Jews need not apologize for their freedom or their prosperity. Nor should they accept any attacks on their legitimacy. If holding onto such basic human rights is seen as Jewish privilege by anti-Semites, then so be it. 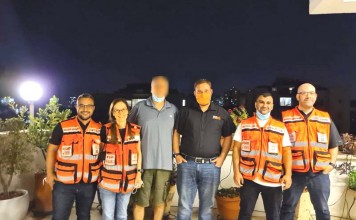 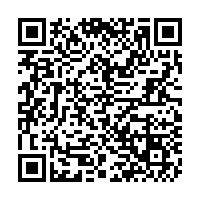