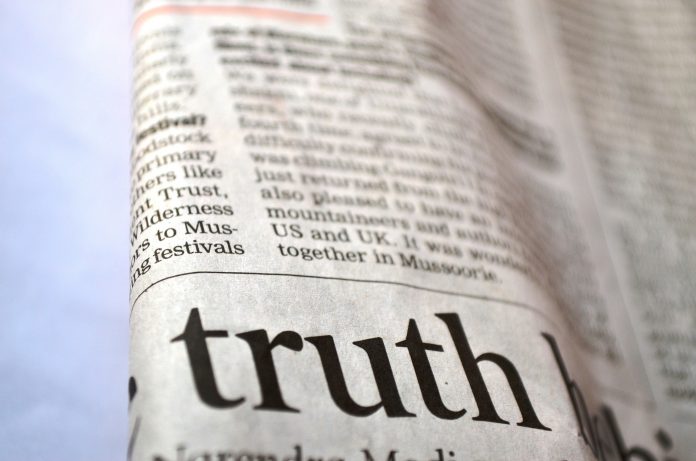 It’s easy to scoff at some of the latest ideas being floated in some prestigious quarters for new limits on freedom of expression. But at a time when Big Tech companies are flexing their muscles to clamp down on people or movements they oppose in a way that was unimaginable just a few years ago, when The New York Times and CNN talk about government, Internet and social-media companies joining forces at some time in the future to police what they see as dangerous speech, it would be foolish to ignore them.


This past week, the Times published a proposal for an interdepartmental “reality czar” who would ensure that people spreading whatever the governing classes decide is disinformation could be silenced. The paper’s technology columnist, Kevin Roose, made it clear that his definition of that term more or less amounted to the sorts of things written and said in conservative media that horrify the staff of the Times and its typical readers. It echoed the calls for restrictions on conservative speech made by CNN’s chief media correspondent Brian Stelter, who thinks that channels like Fox News should be forced off the cable spectrum because it, too, provides a platform for ideas—be they right or wrong—that he and his viewers detest.

These sorts of notions may not be at the top of the Biden administration’s “To Do” list, but they do reflect the mindset of many of its leading supporters. They want to guarantee that former President Donald Trump and his supporters remain effectively silenced by a determined effort on the part of Big Tech, mainstream media and government. Though Trump and his “deplorable” voters were viewed by these people as beyond the pale even before the Jan. 6 U.S. Capitol riot, they want to use that as a pretext to ensure that the former president remains blocked from reaching people via social media and any other medium that uses the information superhighway.

What is truly disturbing about these ideas isn’t just that some on the left believe in “free speech for me but not for thee.” It’s that they are getting a hearing in major forums, and that a lot of people are actually taking seriously these ideas about state media controls that as The Wall Street Journal editorial page pointed out have a lot more in common with the “Ministry of Truth” in George Orwell’s 1984 than the First Amendment to the U.S. Constitution.

Nor is it entirely unrelated to an actual Democratic Party policy proposal, the “Domestic Terrorism Prevention Act,” a far-reaching effort aimed at targeting right-wing extremists but which, curiously enough, would exempt jihadist terror supporters.

It’s all part of a general push in favor of, as media personality Katie Couric recently noted, a desire to “reprogram” both Trump voters and Republican legislators—an idea that was endorsed by Washington Post columnists Eugene Robinson and Brian Klaas.

Given Trump’s unpopularity outside of his base, a lot of Americans aren’t particularly troubled by what Silicon Valley oligarchs have done to silence him. Nor are they up in arms about the way they also drove Parler, a conservative-friendly rival to Twitter, out of business. Those who opposed Trump aren’t worried about the implications of these moves either since, like the Jewish groups and celebrities who pushed Facebook to censor Holocaust denial, they may think having a “reality czar” or some other body that aims at policing “disinformation” will only target what they think are bad guys. Like Stelter, they may dismiss claims from conservatives that this censorship is a fundamental assault on constitutional liberty simply because anything that hit the mute button on Trump or those who have been linked, accurately or not, with the Capitol chaos sounds like a good idea.

But as a recent Haaretz podcast revealed, the ambitions of those who subscribe to this kind of progressive groupthink go beyond the limited goal of punishing Trump and some of his followers. In it, University of Chicago professor Guy Rolnick not only happily discussed the silencing of Trump but looked forward to the possibility that the same Internet companies might someday do the same to Israeli Prime Minister Benjamin Netanyahu. Rolnick thinks it’s not likely now, though he not unreasonably predicts that as soon as Netanyahu’s grasp on power might be seen to be in danger, the same media companies will silence him for his alleged “lies,” as well as ban his son Yair, who is a loud and disruptive source on Israeli social media.

Perhaps the same people who think there’s nothing amiss about shutting up Trump and his allies would be equally cheered by the same fate befalling Netanyahu. But that prediction merely illustrates the way that the authoritarian dynamic behind censorship operates.

No matter what you think of Trump or Netanyahu, if they can do this to them, then they can do it to anyone.

As former New York Times editor Bari Weiss pointed out in a recent New York Post column, her experience being bullied by fellow Times staffers for her interest in publishing work on anti-Semitism should be a powerful warning to everyone who values free expression. Her suggestions for “10 ways to fight back against woke culture” should be taken to heart by everyone. Still, the prevalent culture of the press is one in which such canceling is embraced by most journalists.

That was illustrated by the newsroom revolt at the Times over publishing an op-ed by Sen. Tom Cotton (R-Ark.) about calling out the U.S. Armed Forces to deal with Black Lives Matter riots. That was considered a fascist idea in June but by January, the same people who were outraged by Cotton endorsed calling out the military—and keeping them at the Capitol seemingly indefinitely—in order to deal with a mob of pro-Trump rioters that had long since been dispersed.

The same dynamic was at play last month when the staff at Politico protested an invitation to conservative Jewish columnist Ben Shapiro to write for the popular site.

The Internet companies and mainstream media outlets calling for censorship of what they claim to be a threat of “insurrection” from Trump supporters could just as easily seek to target Zionists and Israelis not named Netanyahu. After all, they are already unpopular with those who embrace intersectionality and its toxic myths about Jews enjoying “white privilege” and Israel being an apartheid state.

Once unleashed, such censorship won’t be restricted to Trump. Giving any government body—or online outlet that already has the kind of power over discourse any tyrant would envy—the ability to determine who is lying and who is telling the truth on matters of public debate is the death knell to freedom. Anyone who thinks that Jews and their state won’t eventually be put in the crosshairs of such progressive authoritarian instincts hasn’t been paying attention to either recent events or the tragic history of the 20th century. 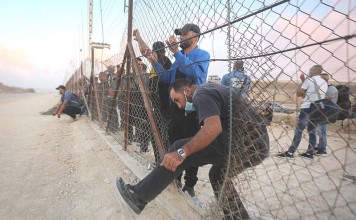 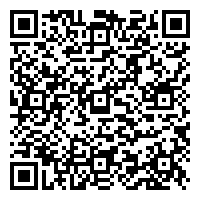