Burned into the historical memory of the Jewish people is what happened in the period when the bubonic plague swept through Europe from 1347 to 1351. The “Black Death” was one of the greatest demographic catastrophes to afflict the human race in recorded history. Historians estimate that up to 50 percent of Europe’s population died in the pandemic with rates of death as high as 75 percent in Italy, Spain and France, where the disease was present for four years.

But the tragedy for Jews was not just the risk of a deadly contagion. In the midst of unimaginable suffering, many European Christians wanted a scapegoat. The Jewish minority—already often set apart in ghettos, and subject to demonization from both church and state—was an easy choice, and massacres and pogroms targeting Jews across Europe followed.

Though the world has changed a great deal in the intervening centuries, the impulse to find someone to blame for diseases or other calamities is still embedded in the human psyche. So it’s hardly surprising to learn that there has been a surge of anti-Semitic activity in which anti-Semites have sought to tie Jews to the creation and/or spread of the coronavirus.

As JNS reported on Monday, a group of George Washington University students attended the AIPAC policy conference and, due to fears of an affected person being at the event in Washington, D.C., was briefly quarantined. Some of them found themselves being targeted on social media by other students who spread the lie that people would get the disease because of the actions of “white supremacists” and “Zionists.” Another student, who wears a kipah, reported that he was surrounded and taunted by a group who called him yahood (Arabic for “Jew”) and asserted that Jews had “started” and “produced” the virus.

The presence of an infected person at AIPAC also drew an unhealthy interest from many Israel-haters with none other than Rep. Ilhan Omar (D-Minn.) reportedly retweeting (and then subsequently deleting) an account of what happened either out of a sense of schadenfreude or to please those fans of the hate she has spread about Israel, as well as its Jewish supporters who are an audience for conspiracy theories.

But the disturbing reactions to the AIPAC story weren’t isolated incidents. The Anti-Defamation League reported in early February that neo-Nazis and white supremacists were using the Internet to spread conspiracy theories about Jews being behind the disease. Since then, the parallel contagion of anti-Semitic bile has kept pace with the spread of the virus and likely will continue to build as frustration over the shutdown of much of communal life gives idle minds even more time to waste staring at the screens of computers and smartphones.

There are some obvious conclusions to be drawn from this depressing example of humanity’s weaknesses.

The first is that like all examples of Jew-hatred, the efforts of those eager to scapegoat Jews or Israel for the virus have absolutely nothing to do with anything their intended targets have actually done. Anti-Semitism is always about the manias of the anti-Semites, not the actions or words of the Jews.

In this context, it’s useful to recall that some who blamed Jews for the plague were reacting to the fact that in those instances, Jews were not as drastically affected as the rest of the population. Some have theorized that Jewish custom and law that mandated regular washing was one reason. Another was the fact that Jews rid their homes of grain (consumed by the rats that spread the plague) in the spring prior to Passover, when the plague was usually at its worst. But it may also have had to do with the fact that in many places, Jews were lodged in ghettos and physically isolated from other people. Anti-Jewish discriminatory measures had created, in effect, a quarantine that would only be broken when the mobs attacked the ghettos.

Yet in those places where Jews and Christians lived alongside each other, the toll of suffering was much the same.

It should be recalled that Islamist radicals have sought to blame Israel and the Jews for the 9/11 attacks in a pitiful attempt to divert attention from the real culprits. So, too, do some today cite Israel’s amazing high-tech contributions to medicine and health in order to fuel new conspiracies about the virus. If, as may well prove to be the case, Israeli scientists give the world a coronavirus vaccine, friends of the Jewish state will most likely mock those who advocate boycotts of its products. But expect the same anti-Semitic hatemongers to claim that it’s all part of a nefarious Jewish plot.

Of course, we shouldn’t pretend that Jews are exempt from the temptation to find scapegoats.

An example of how religious figures discredit Judaism to the non-observant came when Rabbi Meir Mazuz, a prominent Israeli ultra-nationalist, said last week that the virus was an act of Divine judgment aimed at humanity in order to punish it for gay-pride parades in the Jewish state. Mazuz has in the past blamed acts of terrorism on gay people, as well as asserted that a garage collapse and the crash of an Israeli satellite were due to desecration of the Sabbath. Nor was his recent act of incitement made any less disgusting when he accompanied it with a claim that the strength of the coronavirus outbreak in Iran was also a punishment for the regime’s hatred of Israel.

Like disease, hateful scapegoating and attempts to implicate the Almighty in tragic events knows no boundaries—and finds willing hosts wherever ignorance and prejudice finds a home.

Just as it is deplorable for anti-Semites or other sorts of bigots to conflate their psychosis and hate-filled myths with the struggle against a real disease, we’d all do well to avoid trying to confuse debates about other issues, especially those related to immigration and borders, with the question of how to stop the spread of the contagion. Shutting down travel or restricting access to borders is not an act of prejudice, but common sense at a time of peril. In this regard, Israeli Prime Minister Benjamin Netanyahu’s decisive actions to try to limit its reach were entirely correct.

We have no idea of how bad things will get as much of the world shuts down in order to prevent the virus from claiming more victims. But we do know that the basic instincts and fears of human beings that drove so much hate in earlier eras remain in spite of the trappings of technology and civilization that often cloak them. We may well find a cure for coronavirus, either in Israel or elsewhere. But a cure for the virus of anti-Semitism and senseless hate is likely to continue to elude humanity. 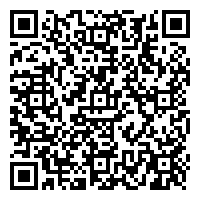