Maybe it wasn’t such a big deal after all.

Instead of waiting until 2019 or 2020, the U.S. embassy to Israel will move from Tel Aviv to Jerusalem in May. On Friday, the Trump administration said the ceremony converting a Jerusalem consulate into the embassy would coincide with Israel’s 70th birthday celebrations.


Unlike Trump’s initial announcement recognizing the holy city as Israel’s capital, the reaction to this latest one turned out to be substantially low-key. The Arab world and Muslim populations didn’t take to the streets to protest or commit mayhem. Countries that were already critical of Israel and of Trump’s stand issued pro forma statements. The Palestinian Authority protested the idea of the United States celebrating a date they regard as the anniversary of their Nakba (“disaster”), but that’s as far as it went.

All of which ought to alert the peddlers of conventional wisdom about the conflict that this isn’t the only thing they’ve been wrong about. They’ve been telling us for decades that the actions currently being taken by Trump would wind up setting the world on fire. But there’s more to the lesson that the embassy saga teaches, other than Jerusalem not being as big a deal to the Islamic world as we’ve been told.

The notion that Palestinian grievances are the sole or even main cause of instability in the Middle East was always a myth. So is the idea that peace can happen before the Palestinians admit defeat in their century-old war against Zionism. Yet by creating a fact on the ground that does nothing to impede a theoretical peace agreement, the United States has also exposed the hollow nature of the anti-Israel consensus that holds that any Western recognition of reality that forces the Palestinians to give up their illusions is inadmissible. If peace is to ever to come—and right now, it seems a long way off—it will be built on the kind of realism that Trump is employing, not on the kind of appeasement of Palestinian fantasies that often characterized the policies of previous presidents.

The problem starts with the fact that sovereignty over the city was never settled by an international agreement. Jerusalem was designated as an international zone by the 1947 partition agreement set forth by the United Nations. Not only was that scheme a nonstarter, Israel’s War of Independence ended with the city divided—with the Western part under Israeli control and the eastern part, including the Old City, under illegal Jordanian occupation.

The world held off on recognizing western Jerusalem as Israel’s capital, in part because of the expectation that a peace treaty was inevitable, and because others were simply waiting for the next war to result in the extinction of the Jewish state. Nothing changed after Israel’s victory in the 1967 Six-Day War that united the city. Some continued to wait for a peace the Arab world pledged not to make, while others still clung to the fantasy.

The problem with waiting was that holding off only served to reinforce Palestinian rejectionism. That became especially true since the Oslo Accords in 1993, which had the unintended consequence of encouraging Palestinian intransigence rather than ending it. To this day, the supposedly moderate Palestinian Authority continues to deny—as its leader, Mahmoud Abbas, has repeatedly done—Jewish ties to the city, or that the Temple Mount and the Western Wall are ancient Jewish holy places. In that sense, they are little better than their Hamas rivals.

The P.A.’s Western donors and Arab patrons know this is nonsense. But by pandering to their denial by holding off recognition of Israel’s capital, the world ensured that the Palestinians were not forced to rethink their rejectionist political culture. Instead of the Trump administration inflaming the conflict, it has been the willingness of everyone else to indulge Palestinian fantasies that has been the problem.

Nothing Trump is doing precludes the possibility of a two-state solution, if indeed one were otherwise possible. All the United States has done is to recognize what has been the truth on the ground for 70 years. Jerusalem is the capital of Israel.

Once the U.S. consulate puts a new sign on the building declaring it the official embassy, the Palestinians will still be free to negotiate a two-state solution that could, in theory, redivide the city and allocate part as the Palestinian capital. If they don’t, it won’t be because U.S. Ambassador to Israel David Friedman no longer has his desk in Tel Aviv. It will be for the same reason they’ve consistently rejected peace all along: They’re locked in the same tragic mindset that has continued to nurture their failed war against Israel.

Peace will have to await a sea change in their culture that will make it possible for their leaders to choose peace, rather than, as Abbas has consistently done, to pander to religious and nationalist fantasies that preclude it. The first step toward that goal can only be taken once the international community that has enabled them to hold onto their destructive vision begins telling them to accept the reality regarding Jerusalem, as well as to give up subsidizing and fomenting terror.

As Trump has proven, doing so won’t blow up the world. The only question now is whether he understands what he’s done. If, as reports indicate, he pushes forward a new peace deal predicated on more Israeli concessions, he will only encourage Palestinian illusions and repeat the same errors made by Presidents Obama, Bush and Clinton. If that happens, it will prove that even Trump can still fall prey to the influence of outdated and discredited “experts,” whose myths about the conflict should have been discarded long ago 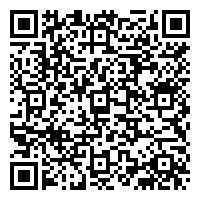