It could have been a lot worse. With dozens of buildings in Kenosha, Wis., burned during the riots that followed the shooting of Jacob Blake, one of the town’s synagogues was tagged with graffiti.

Amid the outrage about what happened to an African-American man at the hands of police, what CNN labeled without irony a “fiery but mostly peaceful protest” devastated the small city. As in Portland and Seattle, and many other places, what might have begun as a peaceful demonstration quickly turned violent. In Kenosha, the presence of outsiders with weapons who appear to have come to confront the rioters ultimately led to shootings and murder charges.

Stacked up against the toll of dead and injured, the businesses and homes that have been destroyed along with the savings and lifetimes of hard work they represented, as well as the concerns about the shooting of Blake, a slogan scrawled on a sidewalk or even on the walls of synagogues or other Jewish institutions (as happened in Los Angeles during the post-George Floyd riots there three months ago) doesn’t amount to much.

But it is still important to ask why, with so much else going on, there seems to almost always be both time and effort available to lash out at symbols of the Jews. It’s also worth wondering why it is when people do that, they seem inevitably to do so in a manner that links houses of prayer to the grievances of Palestinian Arabs and the alleged villainy of Israel.

One can dismiss some of the graffiti that happens amid such riots to juvenile troublemakers or those looking to lash out at any institution available. While they are often incited by ideologues with radical agendas, the spirit of a riot or similar impulse to destroy things or hurt people is essentially nihilist.

Just as those smashing up stores and looting their goods are not, despite some of the misleading ideologically driven commentary on the subject, doing so because they are poor or hungry but because they are criminals, many acts of anti-Semitic vandalism are similarly free of deep-seated motivations. Those involved often have no specific agenda of Jew-hatred or Palestinian nationalism, but merely want to leave no building untouched by their desire to lash out or vent their anger. The events that precipitate these incidents may be serious and worthy of national debates; however, to rioters, they are more of an excuse than a justification for violence.

As much as many such incidents have less to do with ideology than with random violence and anger, it’s also true that to some of those involved with the protests, Jews are natural targets. They wrongly perceive them as benefiting from so-called “white privilege.” To further complicate matters, many of those Jewish institutions that wind up being targeted are supportive of social-justice activism and the Black Lives Matter movement, as well as actively seeking good relations with the African-American community.

Yet there is also no escaping the fact that the driving force behind the justifications for the BLM protests and some of those protesting is a belief in intersectionalism. Intersectional ideology holds that, among other causes, the Palestinian war to eliminate Israel is a struggle of “indigenous people of color” against white colonialists. As such, those who buy into this concept believe that the effort to eliminate the one Jewish state on the planet—which is, by definition, an act of Jew-hatred—is somehow analogous to the struggle for civil rights in the United States.

That this claim is a lie in every respect doesn’t make the notion any less toxic. Far-left groups that are loud and increasingly influential voices in American politics have promoted such ideas. That creates a national constituency for the demonization of Israel on college campuses, as well as in minority communities. Add to that the way it is amplified by sympathizers of the Nation of Islam, whose leader, Louis Farrakhan, is the leading purveyor of anti-Semitism in the African-American community, and you have a growing audience for claims that saying “free Palestine” is the moral equivalent of uttering slogans like “black lives matter.”

The impulse to spray paint “Free Palestine” on Jewish sites is an injustice not just because it is vandalism, but also because the conflict between Israel and the Palestinians has nothing to with a synagogue—and certainly not one on in the Midwestern United States. Blaming American Jews for the grievances that some may have against Israel, regardless of the merit or lack thereof of such complaints, is also a form of anti-Semitism.

Nevertheless, the connection between the BLM movement and anti-Israel sentiment is an undeniable fact. So it is hardly surprising that when demonstrators began marching through a residential neighborhood in Kenosha chanting and threatening people in the dead of night, one participant would choose to scrawl “Free Palestine” with a can of paint in the driveway of the Beth Hillel Temple.

Should such incidents influence American Jewish attitudes towards the BLM movement or impact black-Jewish relations?

No matter what is done by BLM marchers or said in the platform promulgated by the movement to support intersectional critiques of Israel and backing for BDS, there is nothing that will shake the overall Jewish commitment to the cause of social justice and equal rights. Despite well-founded concerns about the BLM movement itself, sympathy and support for efforts to fight to save black lives and to create a more just society will always have overwhelming Jewish support.

Still, Jewish groups can and must make clear to their African-American counterparts that they will not accept a situation in which anti-Zionist agitation, which is inherently anti-Semitic and often threatening to Jews, is tolerated—let alone encouraged. Where insults and threats happen, violence often follows, as we saw last year in the spate of anti-Semitic attacks on Orthodox Jews in the Greater New York area by African-Americans.

Yet just as concerns about racism do not justify violence or attacks on property, there should also be a clear understanding that acceptance of anti-Semitic lies about Israel or its American supporters cannot be tolerated. Those who allow themselves to be so taken up by the outrage propping up the BLM movement to rationalize or excuse vandalism like “Free Palestine” must realize that this undermines that cause. It also obligates Jews and those who claim to speak for them to stand against their efforts. 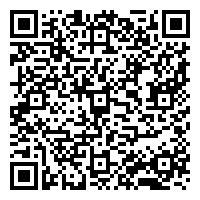