Charles Krauthammer would have been an inspirational figure even if he hadn’t become a writer and television commentator. The Pulitzer Prize-winning columnist who died on June 21 at the age of 68 was laid low as a 22-year-old medical student when a pool accident left him a quadriplegic. Knowing that people would consider his ability to “just muddle through life” a “great achievement” because of what had happened, he resolved to carry on as if he had never been injured at all. Rather than accept that his disability would define his life, Krauthammer continued on with his medical studies at Harvard University and become a brilliant psychiatrist.


But that was just the first chapter in a remarkable life that led to Washington, D.C., where, after working for the government as a medical expert, he caught the political bug. A self-described New Deal liberal, Krauthammer worked as a speechwriter for U.S. Vice President Walter Mondale. But his sympathy for the views of Ronald Reagan—the man who would defeat Mondale and President Jimmy Carter—and conservatism would define much of his subsequent work.

Switching to political writing full-time at The New Republic and then The Washington Post and Time magazine, Krauthammer quickly became not merely one of the most important conservative writers of his generation, but one of the most influential of any political stripe. A stalwart Cold Warrior and a foe of Islamist tyranny, he helped lead the debate on foreign policy and domestic issues for decades. In particular, he was a valiant defender of Israel in an era when Zionism had gone out of intellectual fashion. Suffice it to say, his keen analytical mind, encyclopedic knowledge and sharp wit brought insights to an enormous range of topics and a vast body of work on, as the title of a collection of his essays read, the “Things That Matter.”

Krauthammer’s work was treasured by his many fans and served as an inspiration for many younger conservatives. Indeed, I count myself as one of those who looked to him as a role model, and I’m particularly proud of his generous comments about my work that he shared in our few interactions over the years.

But it is particularly painful to lose him now because this is a moment in history when we need voices like his more than ever.

It’s not just because Krauthammer’s work was intellectually rigorous, that his arguments were to the point, and that his ability to hone in on the weaknesses of his opponents’ arguments and to champion the basic principles of liberty and democracy were so spot-on. We especially miss Charles Krauthammer today because he embodied a style of reasoned political argument that is rapidly being marginalized, if not rendered extinct.

Ours is a time when serious intellectual arguments have been largely replaced by partisan shouting matches. We can place some of the blame for this on U.S. President Donald Trump, whose election Krauthammer vigorously opposed. But as Krauthammer understood, Trump’s willingness to say anything about his opponents or ignore the truth in pursuit of a political point to be scored was a symptom of the way our political culture had shifted, not its cause. The support for Trump’s counter-revolution against the elites and the dead hand of liberal political correctness were a function of both the left’s condescension to most Americans and the shameless liberal bias that characterized most of the mainstream media’s news coverage.

Krauthammer offered us something different than the mindless exchange of delegitimizing insults and ad hominem personal attacks that have become the hallmark of partisan gamesmanship from both left and right these days. A public intellectual in the best sense of the term, Krauthammer was a man of ideas, not merely opinions. He offered reasoned arguments, not just partisan assertions. He relentlessly advocated for principles, not momentary advantages that win news cycles.

His ability to meet them on their own turf caused many liberals to never forgive him for the drubbings he gave them. Some on the populist right bitterly resented him for exposing their faulty thinking as well.

But in his weekly columns for The Washington Post and in his appearances as a television talking head—most notably, on Fox News’ “Special Report” program every weekday night for the last decade—Krauthammer gave the American people an ongoing clinic in how political debates should be conducted. Whether or not you agreed with him on all issues or identified with his neoconservative philosophy that extolled the virtues of American liberty, his goal was to make his readers and listeners think, rather than just blindly follow partisan talking points. Just as important, he did so with the sort of good humor and humility that is particularly lacking in the debate between Trump and his supporters on one side, and a “resistance” determined to demonize both the president and his voters on the other.

Our public square has become a place where Krauthammer’s style of commentary has been replaced by a tide of vulgar venom that passes for argument from both liberals and conservatives. So while conservatives are sad that his powerful voice is now silent, so, too, should his ideological opponents mourn a man who challenged them to re-examine their assumptions and biases.

He deserves to be remembered for helping shape serious political thought during his lifetime. But if we are to truly honor his memory, then all of us—both those who venerated his work and those who opposed it—should try to emulate the reasoned style of commentary that he modeled for us throughout his life.

While there could only be one Charles Krauthammer, the best tribute to him would be for those who write and speak on politics, and their audiences, to try to be more like him. If we were, our nation would be a far better place. May his memory be for a blessing. 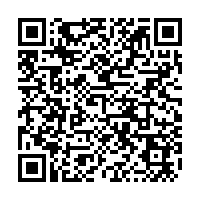