So how’s Yerushalayim faring during these harrowing coronavirus days?

Relatively well, considering the lockdown that the entire country entered this week. As of Monday night, Jerusalem time, the numbers are 1,442 infected in Israel, including 29 in critical condition. Most unfortunately, an 88-year-old Jerusalemite Holocaust survivor who suffered from respiratory issues died over Shabbos due to the coronavirus. (Another man died on Monday; tests are underway to see if it was due to the virus.)

At these times, it doesn’t take much to see that Jerusalem continues to live up to its reputation as a city of kindness in the tradition of Moshe Montefiore, Rav Aryeh Levine, Rav and Rabbanit Yosef, Bracha Kapach, and many more. Two Jerusalem hotels – Panorama and Dan Jerusalem – have been turned into recovery hostels for coronavirus patients. In Shaarei Zedek, recreational frameworks have been opened for the children of hospital workers.

The talk of most towns is that more testing for the coronavirus will help authorities get a handle on how fast the disease is spreading and direct medical resources to those who most need them. In Jerusalem, as in Haifa and Be’er Sheva, Magen David Adom has established drive-in testing centers that can process “hundreds to thousands” of people a day.

With malls and markets shut down, Mayor Lyon announced that the municipality would establish a “virtual mall” for Jerusalem businesses: a list of websites organized by type and location. In addition, a loan fund for up to 100,000 NIS is being established.

And there’s more: The city will distribute 1,500 food baskets to families experiencing major difficulties. The baskets will be packed up by volunteers in five locations around the city. “The most important thing during these challenging times,” said Mayor Lyon, “is to be able to count on one another…. Jerusalem was always a paradigm of such behavior and of warm relations among the residents. I am confident that we will get through this united and ever stronger.”

But it’s impossible, even now, to ignore the political front. The holy city saw some violence this past Friday between Muslims and police units, as the latter sought to enforce new regulations restricting public gatherings to no more than 10 people. One Arab was arrested and several others were fined. Outside the Old City, the police were forced to employ riot-control gear in the face of Arab provocations.

The incidents underscore the ever-present tensions between the Jewish and Arab populations in Jerusalem. There were reports at the end of last week that the city would be divided to prevent the spread of Covid-19 – meaning that Arabs of eastern Jerusalem would not be allowed to travel to western Jerusalem. Though this idea was probably never seriously entertained, an Arab MK declared that such a move had a “racist flavor” and must not be allowed.

The coronavirus and the question of Jerusalem’s unity are intertwined from another angle as well. When the crisis began to get out of hand in eastern Jerusalem, the Palestinian Authority wished to show – admittedly, with some initial success – that it, and not Israel, was in charge. It closed schools some days before Israel did, for instance. But it crossed a red line when it began distributing health instructions via buses sporting the PA logo – as the Oslo Accords forbid the PA from operating in Jerusalem. Israel arrested the Jerusalem Fatah leader who organized the campaign.

On Monday, things reached a head when Arabs threw Molotov cocktails at a Jewish-run minibus in the Yemenite Village neighborhood, setting the vehicle ablaze. The passengers succeeded in escaping safely.

Our struggle continues. We must ensure that Yerushalayim remains united under Israeli sovereignty with a large Jewish majority. History, ethics, security, and simple logic all indicate that we must stand firm in the face of international Muslim pressure and propaganda.

And everyone to whom the city’s Jewish past, present, and future is precious must enlist in the struggle. How can you get involved? Visit Jerusalem (at least after Passover…), participate in our bus tours in strategic areas, speak up for Jerusalem, and learn to become an effective advocate for keeping Jerusalem united under Israeli sovereignty. E-mail info@keepjerusalem.org. Keep safe and stay healthy! 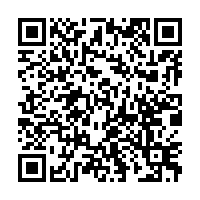