It’s about time! With united Jerusalem about to enter its 50th year under Jewish sovereignty, the coming school year of 5777 (2016-17) has been declared “Jerusalem Unity Year.” The festivities begin June 6, the 49th anniversary of Jerusalem’s liberation during the Six-Day War. School trips and special yearlong programs will focus on the holy city’s history, heritage, and sites. Grades 1 through 12 will participate.

The news was announced by Education Minister Naftali Bennett, who said, “Whoever tries to uproot us from this city only motivates us further to promote this program. Our history began in Jerusalem.”


The declaration coincides with another piece of good news for the liberated areas. Notwithstanding terrorism, building freezes, and sundry other difficulties, the population of Judea and Samaria (Yesha) continues to grow at more than double the pace of the rest of Israel.

To be precise, while Israel’s population sprouts by nearly 2 percent annually, the Jews in Yesha proliferate at more than 2.5 times that rate. This was shown once again in an updated report prepared this month by Yaakov Katz, former Housing Ministry director-general. It shows the Yesha population is now nearly 4.4 percent higher than it was a year ago.

To give faces to the numbers in the report, consider these:

The nine towns of Gush Etzion jumped by 2.7 percent, and the four eastern Gush Etzion communities, including the up-and-coming Tekoa, grew by 8.25 percent. Over 30,000 Jews now populate these areas. The Hevron district sprouted by 4.5 percent with Kiryat Arba alone jumping to 7,900 residents.

What about Jerusalem? Accurate numbers in the individual neighborhoods are hard to come by, but some estimates say there are well over 280,000 Jews in the areas built in the parts of Jerusalem liberated in 1967.

When we speak of these burgeoning Jewish neighborhoods – thriving areas that our ancestors of the Holy Temple periods saw only as barren hilltops – it is critical to remember this fact: The Arab world calls them “illegal settlements,” but this is an all-out misnomer on two accounts:

For one thing, they are not independent “settlements” or towns; they are simply neighborhoods of the capital city of Israel.

Furthermore, they are not “illegal” in any sense, because Jerusalem and environs – all of Judea and Samaria, in fact – cannot be termed occupied. This is because Jordan’s claim to these areas when it governed them between 1949 and 1967 was never internationally recognized other than by Great Britain and Pakistan. Not even the Arab League accepted Jordan’s claims.

Just as the Torah tells us that God frequently counted the Children of Israel because of His love for them, let us also “shep nachas” by listing the new Jewish neighborhoods in our holy city.

Beginning in the northeast, we have N’vei Yaakov, Pisgat Ze’ev, and French Hill. N’vei Yaakov was actually founded back in 1924 as Kfar Ha’Ivri, was attacked during the Arab pogroms of 1929 and besieged during the Arab violence of the 1930s, thrived during the 1940s, and was captured by Jordan in 1948. Its population is now roughly 30,000.

Just south of these is a little-known area called Kiryat Menachem Begin. Also known as the “other” kiryat hamemshalah (government complex) – the more famous Knesset/Supreme Court/Foreign Ministry complex stands to the south – it is situated across from Ammunition Hill along the boulevard leading to Damascus Gate. The Israel Police National Headquarters were first to be built there, in 1973. A decade later, by the decision of Prime Minister Begin, other government offices – the Ministries of Public Security, Housing and Construction, and Science and Technology – were relocated nearby.

A stone’s throw from there is Ramat Eshkol, named after Levi Eshkol, who was prime minister during the Six-Day War. It is now home to many young yeshiva families.

Close by are Arzei HaBirah and Maalot Dafna, located partially or wholly in what was no-man’s land between 1949 and 1967. The controversial Ramat Shlomo neighborhood to the west is also in a formerly no-man’s land area – but this does not stop the world from howling in protest every time a new building plan is announced there.

The Jewish Quarter in the Old City is of course the crown jewel of Jewish life in the liberated areas. Historically it was the center of national Jewish life during the Temple periods, and Jews have lived there practically non-stop ever since. The Jewish population, some 19,000 a century ago, is now home to 6,000 residents – not to mention thousands of others who pass through its narrow streets for anywhere between several hours and several months. It features droves of yeshivot, synagogues, and sites of religious and historic fascination.

Outside the Old City are the newest of the new neighborhoods, including Ir David (City of David), Maaleh Zeitim, and the Yemenite Village of Shilo’ach.

On the other side of the Old City is a little-known area named Kiryah Ne’emenah, which now boasts a grand total of eight Jewish families. Often known as Batei Nissan Bak, it was established back in 1875 as a religious Jewish neighborhood opposite Damascus Gate. It grew spiritedly over the next four decades, but was emptied out during the 1929 Arab riots, and the Jewish homes were taken over by Arabs. Over the past several years, the Jewish rights to those buildings have been increasingly recognized, and it is hoped that more families will be able to move in.

This list is not complete, of course, and we hope to complete it in an upcoming article. In the meanwhile, to support Jewish growth in Yerushalayim and its undivided, Israeli-sovereign status, please visit our website, www.keepjerusalem.org, to keep apprised of developments in Jerusalem and to see how you can take part. 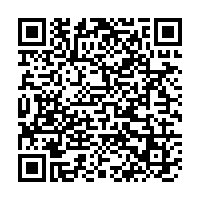