We are accustomed, in today’s technological world, to speed. From fast food to speed dating, from instantaneously e-mailed photos to express deliveries, everything whisks by with barely any time to digest it.

At least one thing, however, continues to take its time, progressing inexorably but not speedily: the realization of the Jewish People’s national destiny. As the early Zionists used to say, “One dunam at a time, one goat at a time.” And as the Bible itself promises: Little by little, I will banish the occupants of the land before you.


Consider, for instance, this dry, hostile report by the PLO news agency WAFA last Friday: “Residents of the Aqbat Darwish area in the Muslim Quarter in Jerusalem’s Old City were surprised to see Jewish settlers take over a building in their neighborhood in the early hours of Thursday… The settlers moved into the building owned by the Joudeh family, which [had been] used as a clinic. The neighbors said the building is located near Al-Aqsa Mosque [as is everything in the Old City – HF].”

That is, it takes a covert, midnight operation, conducted in total secrecy and under utmost security precautions – the culmination of months of equally secret and intense negotiations by the Ateret Cohanim organization – for Jews to regain one small house in their own historic, holy, capital city.

Okay, maybe it was two houses. As the WAFA report continued, “Settlers also took over on Wednesday a building in Wadi Hilweh area of Silwan neighborhood of East Jerusalem, which is meters away from Al-Aqsa Mosque but outside the city’s wall.”

And yet, despite the seemingly small-scale accomplishment, what singing, what joy! The returning Jews, who purchased and reclaimed a building in the northern area of what is known as the Old City’s Muslim Quarter, sang and danced in utter enthusiasm and deep happiness, “V’shavu banim l’gvulam – The children will return to their borders!”

Yes, this is the same song Jews in the Land of Israel have been singing for decades upon decades, yet we never tire. It may take decades more, but the 2,500-year-old words of our prophets continue to materialize in our very own generation as the Jewish People keep coming home to Jerusalem and the Holy Land.

The singing was not stopped even by threatening shouts from Arabs who are unable to tolerate the legal purchase by Jews of a building in a neighborhood that, historically, never stopped being Jewish. Over the past two decades, at least seven Jews have been murdered in the Old City by Arabs, including three since November 2015. For these murderers, even one Jew moving into the City of David means the process of Jewish redemption is moving too fast.

Keep in mind that the “Muslim Quarter” was never exclusively Muslim; Jews and Christians used to live there as well. However, the Jews were compelled to leave their homes there in the wake of the 1929 Muslim riots incited by Hitler consultant Haj Amin al-Husseini.

‘Forcing Their Way’ – Not

Incidentally, for a glimpse at how WAFA, in general, reports on Jews in Jerusalem, take note of this report on a typical visit by Jewish worshipers to the Temple Mount: “More than 100 Jewish settlers accompanied by Israeli security forces forced their way into Jerusalem’s flashpoint Al-Aqsa Mosque on Sunday, according to local sources…more than 75 extremist Israeli settlers and about 30 students of Talmudic yeshivas broke into the holy mosque in groups, under heavy protection from Israeli police. The settlers performed Talmudic rituals and prayers at the holy site.”

Any tourist who has ever visited the Temple Mount and seen the tight supervision and police restrictions placed on Jewish visitors can only laugh at this report. “Forcing their way” and “breaking in” is about the most inaccurate way their visit can be described. And despite the “status quo” clearly permitting Jewish visitation rights to the holy site, Jews are allowed to enter only for a few paltry hours on certain days of the week.

Political analyst Shai Ben-Tekoa has recently explained that “Palestinian” is actually an anti-Semitic term. Its popular usage today includes many groups – Muslim Arabs, Christian Arabs, Druze, Bedouin, and possibly Circassians – but one group is definitely never included: Jews. That is, those who say “Free Palestine!” or call for a “Palestinian state” are actually saying: “No Jews allowed!”

The Arabs even claim Jesus was a Palestinian Arab – despite the fact that he was proudly Jewish and lived in the Holy Land more than a century before the Romans dubbed it Palestina.

Amusingly, too, in 2010, an Arab author named Samih Ghanadreh quoted Yasser Arafat – the father of modern-day terrorism – on a PA national television network as saying that Jesus was “the first Palestinian martyr.”

And consider this jewel by Mahmoud Abbas, funder of the Munich Olympics massacre and president-for-life of the Palestinian Authority. He called Jesus “a Palestinian who brought the gospel and became a guide for millions worldwide, just as we, the Palestinians, are fighting for our freedom, 2,000 years later”! 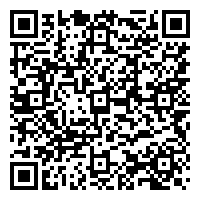