Nearly eighty percent of Americans believe the Bible is either absolutely accurate or at least the “inspired word of God,” surveys have shown. Around the world, Christianity and Islam comprise an estimated eighty-four percent of the world’s population – demonstrating that the Bible clearly has an extraordinary influence over humanity.

It is puzzling, then, that the concept of “exclusive Jewish rights” to Jerusalem has not yet caught on internationally.


The Bible tells us that Yerushalayim has been central to Judaism and the Jewish nation for nearly four millennia, ever since our Patriarch Avraham nearly sacrificed his son Yitzchak on Mt. Moriah (Genesis 22). The Torah specifically emphasizes the city’s holiness and importance, repeatedly calling it “the place that God will choose” (Deut. 12,18; 14,23; et al.). When the Israelites later conquered the land under Joshua Bin Nun’s command, one of the first cities they took was Jerusalem (except for its Jebusite quarter). It was around the year 2900 C.E. when King David finally and officially made it Israel’s capital (Samuel II:5).

The Bible directly mentions Jerusalem well over six hundred times (not even including references to Zion). It is critical to remind ourselves that the Holy City is not mentioned even once in the Koran; Muslims actually turn their backs on Jerusalem when they pray.

Jerusalem has always been the center of our national and spiritual existence. We turn in its directly as we mention it repeatedly in our daily and holiday prayers, and we constantly remember the destruction of its centerpiece – the Holy Temple – with special annual days of mourning, smashing a glass at weddings, leaving our homes unfinished, and more.

Even the late prime minister Yitzchak Rabin, who signed the Oslo Accords for Israel, could not envision giving up Jerusalem. “If they told us that the price of peace is giving up on a united Jerusalem under Israeli sovereignty,” he told a group of Tel Aviv schoolchildren shortly before he was killed, “I would respond, ‘Let’s do without peace.’ ”

But as hostile leftist pundits and others often emphasize, King David lived a long time ago; much has changed since then, and few if any international rights on the Holy City remain to Israel and the Jews.

“Jerusalem belongs to the Jews, by international law,” concludes Dr. Jacques Gauthier, a non-Jewish Canadian lawyer who spent 20 years researching the issue. His 1,300-page doctoral dissertation on Jerusalem and its legal history determines that the League of Nations and the United Nations gave the Jewish people title to the city of Jerusalem.

The process began at the famous San Remo Conference of April 1920, when the four Principal Allied Powers of World War I – Great Britain, France, Italy and Japan – affirmed the Balfour Declaration creating a Jewish national home in the Land of Israel. The San Remo Resolutions were unanimously confirmed by the League of Nations on July 24, 1922.

It is fascinating to note that the resolution’s wording made sure to grant the Arabs of the Holy Land individual civil and religious rights – but specifically not those of a national political nature. Calling for “the establishment in Palestine of a national home for the Jewish people,” it emphasized that “nothing shall be done which may prejudice the civil and religious rights of existing non-Jewish communities in Palestine.”

The League of Nations then took over, resolving to recognize “the historical connection of the Jewish people with Palestine and…the grounds for reconstituting their national home in that country.” No such recognition of Arab rights in Palestine was granted, nor was any distinction made regarding Jerusalem.

When the United Nations succeeded the League in 1945 and assumed the latter’s commitments and obligations, its Resolution 181 of 1947 made two major changes: It granted the Arabs political rights in western Palestine, and also proposed, non-bindingly, a special international regime for Jerusalem. This regime was to last for ten years, at which time the city residents were to vote on the future governance of the city.

These arrangements never took effect. Jordan blatantly violated them by conquering eastern Jerusalem in 1948, and even violated its Armistice Agreement with Israel by refusing to allow Jewish access to the Western Wall, desecrating and destroying synagogues and Jewish holy sites, and more. The UN took no action. 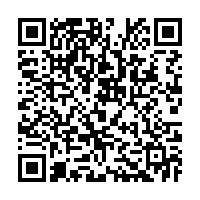