A new Palestinian law combating information technology (IT) crimes has sparked a wave of protests from Palestinian journalists and human rights organizations.

The controversial Cyber Crime Law, signed by Palestinian Authority (PA) President Mahmoud Abbas on July 11, permits the imprisonment of Palestinians for “liking” or sharing published material on the internet.

Critics say the law paves the way for the emergence of a “police state” in PA-controlled territories in the West Bank. They also argue that the law aims to silence criticism of Abbas and the PA leadership.

The new law comes on the heels of the PA’s recent decision to block more than 20 Palestinian websites accused of publishing comments and articles critical of the PA leadership.

The law was approved by Abbas himself, without review by the Palestinian parliament, known as the Palestinian Legislative Council (PLC). The PLC has been paralyzed for the past decade, as a result of the power struggle between Abbas’s PA and Hamas — the Islamist movement that controls the Gaza Strip.

In the absence of parliamentary life, Abbas and his senior officials and advisors have felt free to pass their own laws to serve their interests and promote their personal and political agendas.

In the view of Palestinian journalists and human rights advocates, the new Cyber Crime Law will further restrict freedom of expression, especially on social media, which will now be closely monitored by the PA security forces. They say that the law makes a mockery of the PA leadership’s motto that the “sky is the limit when it comes to freedom of expression.”

The absence of a free and independent media in the PA-controlled territories has prompted many Palestinian journalists, bloggers and political activists to resort to Facebook and Twitter. There, they express their opinions, air their grievances, and discuss taboo issues — such as financial and administrative corruption among the top brass of the Palestinian Authority leadership.

The new law legalizes what has long been happening in the PA-controlled territories, however. PA security forces have long targeted Palestinians who post critical and controversial comments on social media.

Hardly a week passes without two or three Palestinians arrested or summoned for interrogation by the PA security forces regarding a Facebook or Twitter posting or comment. Many Palestinians have been taken into custody for “liking” or sharing a post, article or photo that was deemed offensive to Abbas or a senior PA official.

Yet, the Cyber Crime Law is indeed a watershed in repression: prior to it, no law existed that prohibited Palestinians from expressing their views on social media platforms.

Now, anyone who commits the offense of establishing a website with the intent of disseminating news that could “undermine the safety of the state or its internal or external security” is liable to a prison sentence and fine. The law also aims to punish anyone who promotes such news by “liking” or sharing it.

Palestinian journalists identify themselves as the real targets of the Cyber Crime Law. One journalist in Ramallah remarked:

“What is laughable is that this law carries penalties that are tougher than those imposed on thieves and sex offenders. This is a law with a purely political goal, although it has some positive aspects such as preventing extortion, fraud and impersonation on social media. But the law, in its present form, is designed to limit the freedom of the media and punish people for simple matters.”

Jihad Barakat, a Palestinian journalist who was recently arrested by the Palestinian Authority security forces for filming the motorcade of PA Prime Minister Rami Hamdallah while it was passing through an Israeli military checkpoint, expressed outrage over the new law. He too said that the law was aimed at curbing freedom of expression and intimidating critics of the PA.

“This is a dangerous law,” Barakat complained. “The law should conform with public freedoms and not be used to curb them.” Barakat later was charged with “begging and loitering in a public place in suspicious circumstances.” He was arrested because his filming of the PA prime minister at the checkpoint was considered embarrassing and offensive.

Palestinian journalists and human rights activists point out that the law contains ambiguous references, such as the “undermining or endangering of the safety of the state.”

Journalist Shatha Hammad said that she and her colleagues were not sure what this phrase actually means.

“As journalists, we are confused,” she said. “We don’t know what type of news or postings which are considered — according to this law — a threat to the security of the state.” She also pointed out that the new law comes amid a continued crackdown by the PA on Palestinian journalists and activists over their Facebook postings.

Alarmed by the new law, several Palestinian journalists and writers said it paves the way for the emergence of a repressive regime whose goal is to suppress public freedoms and violate the privacy of people.

“This law is aimed at providing the Palestinian Authority with a legal cover to suppress the voices of its opponents,” explained Palestinian writer Ahmed Al-Najjar.

“In this way, the PA can arrest any journalist or ordinary citizen for publishing an article or posting something on social media that is deemed harmful to the security of the state. This is a bleak scenario that makes it clear that we are facing a repressive police system. This dangerous law drives the final nail in the coffin of public freedoms.”

The Ramallah-based Palestinian human rights organization Al-Haq joined the chorus of critics of the new law restricting freedom of expression. “The law was issued by President Abbas without being presented to the public,” the organization said. “It was issued in a very secretive manner.”

Al-Haq also noted that the PA leadership turned down requests and appeals by Palestinian groups and individuals to receive copies of the new law before it was passed. The organization went on to denounce the law as a “Sword of Damocles” over the head of Palestinian journalists.

The Cyber Crime Law showcases the fact that the Palestinian Authority regime is being run as a one-man show.

This latest dictatorial move in the PA-controlled territories might also serve to remind the international community about the current readiness of the Palestinian leadership for statehood, and what such statehood would look like. In its current incarnation, that state would fit in just fine with its brutal Arab neighbors. 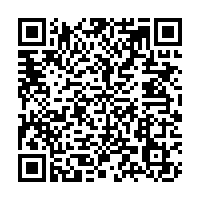