Originally published at the Gatestone Institute, under the title, “The Hamas-Egyptian Alliance.”

Did Hamas dispatch 7,000 militiamen from the Gaza Strip to Egypt to protect President Mohamed Morsi, who is currently facing a popular uprising?

Reports that appeared in a number of Egyptian opposition media outlets in the past few days claimed that the militiamen entered Egypt through the smuggling tunnels along the border with the Gaza Strip.

The reports quoted unidentified Egyptian security officials as saying that the Hamas militiamen had been spotted in the Egyptian border town of Rafah before they headed toward Cairo, to shore up the Muslim Brotherhood regime of Morsi, which Hamas may have feared was in danger of collapse.

The officials claimed that the Hamas militiamen had been deployed in a number of sensitive locations in the Egyptian capital, including the Al-Ittihadiyeh Presidential Palace, as part of a plan to protect the Muslim Brotherhood regime.

Hamas, an offshoot of the Muslim Brotherhood organization, is a staunch supporter of the Morsi regime.

This week, a Gulf newspaper Akhbar Al-Khaleej published what it described as “secret documents” proving that Hamas, with the financial backing of Qatar, had plans to send hundreds of militiamen to Egypt to help Morsi’s regime.

One of the classified documents, reportedly signed by Hamas’s armed wing, Izaddin al-Kassam, talks about the need to send “warriors to help our brothers in Egypt who are facing attempts by the former regime [of Hosni Mubarak] to return to power.”

The reports about Hamas’s alleged involvement in the Egyptian crisis have been strongly denied by Hamas officials.

Hamas leader Mahmoud Zahar lost his temper during an interview with an Egyptian TV station; he said the reports were lies intended to tarnish Hamas’s image.

Zahar accused supporters of the Mubarak regime of being behind the reports depicting Hamas as a terrorist organization helping President Morsi to kill Egyptians.

But this was not the first time that Egyptians had accused Hamas of meddling in their internal affairs.

In August 2012, reports in the Egyptian media suggested that Hamas was involved in the killing of 16 Egyptian border guards near the border with the Gaza Strip. The perpetrators have never been caught.

Egyptians have also accused Hamas of involvement in a terror attack against a church and attacking prisons in Egypt.

Although the talk about Hamas’s involvement in terror activities on Egyptian soil may in some cases be exaggerated, repeated accusations against Hamas show that many Egyptians continue to see the radical Islamist movement as a threat to their national security.

Hamas has further been accused by some Egyptians of helping other Muslim fundamentalist groups turn Sinai into a base for jihadis from all around the world.

There is no doubt that Hamas is prepared to do its utmost to help Morsi and his Muslim Brotherhood organization stay in power, even at the cost of killing and torturing Egyptian civilians. The downfall of the Mubarak regime has been a great blessing for Hamas, which has since emerged as a major player in the Palestinian and regional arena.

Thanks to Morsi, an Egyptian prime minister visited the Gaza Strip for the first time ever last November to express solidarity with Hamas during Israel’s “Pillar of Defense” military operation. Such a visit would have been unthinkable under Mubarak, who did everything he could to weaken Hamas and stop it from meddling in the internal affairs of Egypt.

But now Hamas knows that it can always rely on Morsi and the Muslim Brotherhood to stay in power and increase Hamas’s influence. In return, Morsi apparently expects Hamas to reward him by sending its men to defend his palace.

Originally published at the Gatestone Institute, under the title, “The Hamas-Egyptian Alliance.” 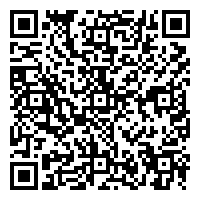