Rami Aman, a Palestinian journalist and “peace activist,” has been under detention by Hamas since April 9 on charges of holding a videoconference chat with Israelis to discuss the situation in the Gaza Strip and the outbreak of the coronavirus pandemic.

The arrest of Aman and his friends surprised none of those familiar with Hamas’s repressive measures against the two million Palestinians living under its rule in the Gaza Strip. Moreover, the arrest of the “peace activists” is right in line with the Palestinian and Arab anti-normalization campaign that prohibits any form of contact between Palestinians and Israelis.

While Hamas says that it considers a videoconference chat between young Palestinians and Israelis as a “betrayal of Palestinians and their sacrifices,” the organization has also made it clear that it still seeks Israel’s help in curbing the spread of the coronavirus pandemic.

In the eyes of Hamas and other Palestinians, a videoconference chat about peace and co-existence is a “form of normalization with the Zionist entity.” If that is true, why does Hamas continue to seek medical assistance from Israel to combat the coronavirus pandemic?

Days after Aman and his friends were arrested, Hamas admitted that dozens of doctors from the Gaza Strip have been trained in recent weeks by Israeli doctors to deal with the coronavirus epidemic.

Kamal Musa, a spokesperson for the Hamas-controlled Ministry of Health, wrote on his Facebook page that the meeting with the Palestinian doctors was held at an Israeli military base near the Erez border crossing between Israel and the Gaza Strip. “Why the media embarrassment and hustle following the meeting of the doctors at the Erez Crossing?” Musa wondered in the post, which he deleted shortly after it was published on Facebook.

In his deleted post, Musa also admitted that Israeli medical teams have been training Palestinian physicians at the Jericho Military Academy in the West Bank.

Musa has not offered an explanation as to why he removed the post about Israelis training Palestinian medical teams. The most likely reason is that he fears that Palestinians will use the post to accuse Hamas of engaging in normalization activities with Israel by allowing Palestinian doctors to be trained by Israel. Clearly, Musa was afraid that his post would expose the hypocrisy of Hamas in dealing with Israel. How could Hamas justify such medical cooperation with Israel while Hamas security forces are arresting Palestinian “peace activists” for the “crime” of chatting online with young Israelis?

Earlier this month, a PCR machine, an advanced medical device used for detection of the coronavirus, was transferred into the Gaza Strip with the coordination of the Israeli Ministry of Defense. The machine, which costs tens of thousands of dollars, was donated by an international organization with the help of the World Health Organization and will double the rate of examinations for the disease in the Gaza Strip.

Hamas’s security crackdown on Palestinians who dare to engage in dialogue with Israelis obviously does not apply to Hamas’s senior officials and their family members in the Gaza Strip. These officials have no problem seeking medical treatment in Israel for themselves and their relatives, even while their movement has launched countless rockets at Israel.

In 2018, Israel’s High Court ruled that five critically ill women from the Gaza Strip could enter Israel for urgent medical treatment despite a government decision preventing relatives of Hamas members from entering Israel. The five women had appealed to the court after their requests to seek help in Israel were originally rejected on the grounds of their relation to members of Hamas.

In 2014, Israel’s Ichilov Hospital confirmed that it had treated the daughter of Hamas leader Ismail Haniyeh. The hospital revealed that Haniyeh’s daughter had been admitted for a number of days, noting that she was one of more than 1,000 Palestinians from the Gaza Strip that the hospital treats all the time.

During the same year, It was also revealed that the sister of senior Hamas official Musa Abu Marzouk had been admitted to an Israeli hospital for two weeks for cancer treatments.

Yet, Hamas is now saying that the Palestinian “peace activists” who talked to Israelis through an online videoconference will face legal measures for their “crime.”

Clearly, as far as Hamas is concerned, receiving medical assistance from Israel is not a “crime,” particularly if the patients are family members of senior Hamas officials. It is worth noting that Hamas has refused publicly to acknowledge the medical aid that its leaders’ family members have been receiving in Israel. Hamas is also hiding from its people in the Gaza Strip the fact that it has authorized Palestinian doctors to receive training from Israeli doctors. Such reports are exquisitely embarrassing for the Hamas leaders, particularly at a time when they are arresting young Palestinians for chatting with Israelis.

It is hard to find Palestinians in the Gaza Strip who have the courage to call out Hamas for its hypocrisy. Even more disturbing is that the number of Palestinians who seem to support Hamas’s arrest of Aman and his friends is higher than those who have denounced the crackdown.

Although Aman is a journalist, the Palestinian Journalists Syndicate saw no need to condemn Hamas for arresting him and his friends. Instead, the syndicate has condemned criticism of another journalist, Hind Khoudary, for alerting Hamas officials to the videoconference — a move that prompted Hamas to arrest the “peace activists.” Shortly after the videoconference was posted on the internet, Khoudary posted a comment on Facebook denouncing the event as a form of normalization. Khoudary, a former researcher for Amnesty International, tagged three senior Hamas officials to make sure they were aware of the videoconference.

Worse, several Palestinian factions in the Gaza Strip have come out in support of the arrest of Aman and his friends, repeating their vehement opposition to any form of normalization with the “Zionist enemy.” One group, the Association of Palestinian Independent Personalities, praised Hamas for its actions, saying in a statement:

“We affirm our respect for and appreciation of the [Hamas] security forces to prosecute all those who engage in such behaviors that contradict our national values and harm our people’s interests, and we demand that that they hold them accountable.”

Hamas leaders have every reason not to boycott Israeli medical aid and treatment in Israeli hospitals. Rather than investing in the health system in the Gaza Strip, Hamas has for many years preferred to spend millions of dollars on manufacturing rockets and building tunnels to attack Israel.

If Hamas does not want any contact with Israel, it should turn to the Egyptians, who are sitting on the other side of the border with the Gaza Strip and demand that Egypt and other Arab countries provide them with medical aid. Last week, senior Hamas official Khalil al-Haya warned that “all scenarios are available” for his movement to force Israel to supply the Gaza Strip with medical equipment to combat the coronavirus. The Hamas official, in other words, is warning that his movement will resort to terrorism if Israel does not help the Palestinians in the Gaza Strip. Would al-Haya issue a similar warning to the Egyptians, who are in control of the Rafah border crossing with the Gaza Strip? Of course not. Would he or any other Hamas leader dare to threaten any other Arab country for failing to supply the Gaza Strip with medical aid? Of course not.

If and when the “peace activists” go on trial in the Gaza Strip, the international community and all those who describe themselves as pro-Palestinian advocates will have a golden opportunity to call out Hamas for its hypocrisy and lies. Failing to do so will directly facilitate the intimidation that Hamas and Palestinian extremists apply to anyone who seeks a better future for the Palestinians or peace with Israel. 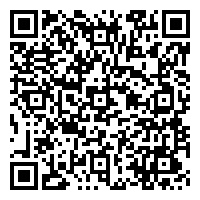