{Originally posted to the Gatestone Institute}

Palestinian women and human rights organizations are under attack by Hamas and other Islamic groups and figures for supporting a new family protection bill that is currently being drafted by the Palestinian Authority (PA) government.


The PA’s Ministry of Women’s Affairs says the proposed law would amend the penal code to establish a minimum age for marriage, review current legal protections for victims of domestic violence, impose harsher penalties on perpetrators, and train the police force in assisting victims.

For many Palestinians, particularly Islamists, the proposed law is like a red rag to a bull.

Several Palestinian political and religious figures and groups have strongly condemned the proposed law as “un-Islamic” and called on the PA not to endorse it. Alarmed by the fierce opposition and public outcry, the PA government has been reluctant to approve the controversial bill.

The Palestinian Independent Commission for Human Rights (ICHR) said it was following the controversy surrounding the draft law to protect families from domestic violence, as well as the attacks on those who support the bill.

ICHR said that passing a law to protect the family from violence “is a national requirement and a societal need to confront the increasing family violence that amounts to killing in many cases, especially against women.”

“This type of crime requires special legislative interventions that take into account the conditions of our society, in order to provide protection for all family members and specifically women, children, persons with disabilities and the elderly, according to procedures that guarantee privacy and maintain the community fabric.”

Noting that the proposed bill would “enhance family values ​​and respect for their unity,” the human rights group expressed concern over the campaign of incitement waged against women and human rights activists who are working to advance the law. ICHR pointed out that Palestinian female lawyer Khadija Zahran is among those who have been bullied and threatened for supporting the law.

The Palestinian Women’s Affairs Team group condemned the “ferocious attack” against by Palestinian feminists who are calling for the passage of the law to protect families from violence.

In a statement, the group denounced the campaign of threats, bullying and defamation against feminist activists, women lawyers, and human rights advocates who voiced support for the draft law:

“This campaign is a form of violence and a flagrant violation of the right of individuals to express an opinion, an expropriation of rights, and an attempt to impose [a different] opinion by force.”

The proposed law, the group explained, aims to “confront the worrisome and increasing family violence in our Palestinian society, which in some cases has reached the point of killing, especially against women.”

Referring to ongoing defaming and bullying of women who support the bill, the group said:

“The attacks on women and feminist activists is clear evidence of the need for a protective law that takes into account the situation of women, and broadens the view of the concept of violence.”

The group urged PA President Mahmoud Abbas and the PA government, as well as human rights organizations, civil society institutions, and political parties, “to guarantee the safety and security of Palestinian activists from threats,” and called for “respecting opinions and views from all parts of our Palestinian people to reach a state of law and Palestinian democracy.”

The feminist activists and human rights groups are particularly worried after a group of Islamic “scholars” published a strongly worded statement against the proposed family protection bill. The “scholars” ruled that the proposed bill contradicts “the provisions of Islamic law and the values ​​of society” and warned that it would lead to the “destruction and weakening of the Palestinian family.”

The “scholars” said their main concern was that the bill would pave the way for the intervention of external powers in private family affairs.

“The families will be dismantled, and all the foundations of affection, mercy, coexistence, tolerance and mutual respect will be destroyed… The law constitutes a violation of family privacy and the special relations between the husband and his wife, the father and his children, and transfers these relationships from the private sphere to the public sphere.”

The “scholars” are also opposed to the bill because they believe it is “un-Islamic” for a woman to complain to the police or go to a non-religious court to seek justice.

The Islamic “scholars” said they feared that the bill would legitimize interference in family matters “by giving everyone in the community the right to complain to the relevant authorities,” adding that this would “strengthen individual and personal values that are not bound by Islamic values.”

The “scholars” said they also opposed the bill because it “eliminates any disciplinary, legal or religious authority of parents over their children, or the husband over his wife and family” and ends gender discrimination at workplaces between men and women. They are saying, in other words, that Islamic sharia law forbids equality between men and women at work.

Hamas, the Islamist terror group ruling the Gaza Strip, has also joined the campaign to thwart the proposed bill. Hamas representatives have expressed their “absolute rejection and categorical opposition to the draft law.”

“We believe that Islamic law and the benign values ​​and ethics of our society contain enough solutions and remedies to achieve justice, fairness and stability for all segments of society without the need to import strange foreign concepts that do not fit our society.

“We view with great gravity the pressures exerted and practiced to enact this law, which would be used to spread abnormal practices, such as sexual relations outside of marriage, absolute freedoms, moral chaos, and homosexuality in all its forms.”

The Hamas officials called on Abbas to reject the approval of the draft family protection law and to work towards strengthening the sharia judiciary instead.

In a bizarre twist, senior Hamas official Mahmoud Zahar went as far as claiming that the law aims at protecting women from domestic violence and abuse was somehow connected to Israel and the US administration “schemes” against the Palestinians. “This law aims to appease external parties at the expense of Islam and Islamic values and morals,” Zahar said. “The law destroys the Palestinian family and is incompatible with Islamic law and inconsistent with Palestinian identity, culture and morals.”

The Palestinian Council of Sharia Attorneys said that the bill was “a violation of the true Islamic religion and its teachings.” The lawyers warned that, if implemented, the law would “effectively contribute to the loss of our sons and daughters and allow them to carry out actions that are contrary to the teachings of Islam and Islamic laws and traditions.”

The lawyers considered that the bill contains “a clear targeting of the sharia courts, affects the security of the Palestinian family and contributes to its destruction and dissolution.”

Prominent Palestinian journalist Nadia Essam Harhash scoffed at the lawyers’ claims and said Palestinians are witnessing “a breakdown of the moral system.”

Harhash said that while she understands the opposition of male clan leaders to the proposed bill, she’s perplexed by the lawyers’ position.

“I could only ask myself, if this is the position of lawyers, what is the position of the tribes? I understand the head of the clan, who does not want sovereignty other than the rule of the male, but what do the lawyers refuse?.. This means that the woman here would not have a law that protects her or a lawyer who represents her if she is killed, beaten or assaulted. What Islam and religion are these lawyers talking about? Is it an Islamic religion that we do not know? What Palestinian family are they talking about and want to preserve? Is preserving the Palestinian family by beating and killing the woman and denying her right to inheritance? How can a lawyer stand against a law that might do justice to an oppressed woman or person?”

For now, it appears that the PA government is hesitant to pass the law out of fear of alienating Islamists and conservative clan leaders. The widespread opposition to the proposed legislation is further proof of the growing popularity and influence of Hamas and other extremist Islamist groups among Palestinians. According to them, criminalizing the beating or murder of women is a clear-cut violation of Islamic teachings and values. 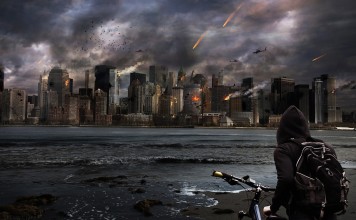 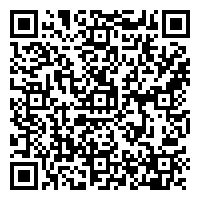