The Palestinian Islamist movement Hamas is finally getting a dose of its own medicine — in the form of a suicide bombing targeting its members in the Gaza Strip.


During the past two decades, Hamas was responsible for dozens of suicide attacks that maimed and killed hundreds of Israelis, particularly during the Second Intifada between 2000 and 2006. Hamas is famous for its suicide attacks and hails the perpetrators as “heroes” and “martyrs.”

For Hamas, suicide bombings are a noble deed when they are carried out by its members and the victims are Jews.

In their own words, Hamas leaders and spokesmen continue to defend their suicide attacks against Israel as a “legitimate tool of resistance” against Israel.

Recent events, however, may have left a bad taste for suicide attacks in Hamas’s mouth.

On August 17, Nidal Al-Ja’fari, a member of Hamas’s military wing, Ezaddin Al-Kassam, was killed when a suicide bomber blew himself up along the border between the Gaza Strip and Egypt. The suicide bomber was identified as Mustafa Kallab, a member of a jihadi group that is affiliated with the Islamic State (ISIS) terror group.

According to Hamas, Kallab detonated the explosive belt he was wearing as he and another jihadi tried to cross from the Gaza Strip into Egypt. The slain Hamas security officer, Al-Ja’fari, was among a border security patrol that intercepted the jihadis and attempted to stop them from infiltrating into Egypt. It was the first time a suicide bomber had ever targeted Hamas members.

Eyad Al-Bazm, a spokesman for Hamas, said the incident took place early August 17, when a Hamas unit noticed two suspects who were trying to cross the border from the Gaza Strip into the Egyptian Sinai Peninsula. When the Hamas soldiers approached the suspects, Kallab detonated an explosive belt wrapped around his body, killing Al-Ja’fari.

Now that the shoe is on the other foot, things look a bit different. The Islamist movement, which is not used to being targeted by suicide bombers, has employed powerful rhetoric to condemn the terror attack and those behind it. This is the same Hamas that is used to applauding and glorifying suicide bombings and other terror attacks against Israel.

Interestingly, several Palestinian factions, which regularly applaud stabbing and car-ramming attacks, as well suicide bombings, are now calling the August 17 attack along the border between the Gaza Strip and Egypt a “cowardly terror attack.”

ISIS has claimed responsibility for the suicide attack that killed the Hamas officer. But this statement has not stopped the Palestinian manipulation machines from pointing a finger at Israel — completely without evidence.

This false accusation is an excellent example of the Palestinian modus operandi — at all cost, divert attention from a disturbing truth.

In this case, Hamas is diverting attention from the fact that ISIS jihadis have long been operating under its rule in the Gaza Strip.

Actually, many of the ISIS jihadis are former members of Hamas and Palestinian Islamic Jihad. The emergence of ISIS-inspired groups in the Gaza Strip has long been an open secret. This is the inconvenient truth that Hamas has been working hard to conceal for the past few years.

Understandably, the presence of ISIS individuals and groups in the Gaza Strip is discomfiting for Hamas, especially in wake of its continued effort to win legitimacy and recognition by the international community. In the past few months, Hamas has been attempting to project itself as a “moderate” movement that accepts the two-state solution.

To back its claim, Hamas recently published a “policy document” that states that the movement would be prepared to accept a Palestinian state along the pre-1967 lines. What it refrains from mentioning, however, is that this acceptance would in no way include an acceptance of Israel’s right to exist.

In other words, Hamas is saying that it will use a future Palestinian state in the West Bank, Gaza Strip and east Jerusalem as a launching pad to destroy Israel.

Obstinately holding on to an imaginary dream, some political analysts and journalists have misinterpreted the Hamas document as a sign of “moderation” and “pragmatism,” and argued falsely that the Islamist movement is ready to join a peace process with Israel.

Nothing could be further from the truth. Hamas leader Mahmoud Zahar could not be clearer on this point — he has repeatedly denied the claim that his movement has abandoned its ideology and dream to destroy Israel, explaining that the real goal remains to “liberate all of Palestine, from the (Mediterranean) sea to the (Jordan) river.”

Timing is everything — and the timing of the August 17 suicide attack is particularly bad for Hamas. Hamas has been working overtime to improve its relations with Egypt in light of reports that jihadis from the Gaza Strip have been infiltrating Sinai to carry out attacks against the Egyptian army.

Now, the truth is out: this suicide attack demonstrates rather convincingly that the Egyptian charges are not unfounded.

Kallab was among a group of jihadis that was on its way to join ISIS and other Islamist terror groups in Sinai that have been waging a wave of terror attacks against the Egyptian army in the past few years. It is worth noting that Hamas has always denied the presence of ISIS in the Gaza Strip.

Hamas has also denied that jihadis from the Gaza Strip were involved in terror attacks in Sinai. It now remains to be seen how the Egyptians will respond to the Hamas lies.

The unprecedented suicide attack, which caught Hamas by surprise, showcases the Gaza Strip for what it is: a breeding ground for jihadis and other Islamist terrorists. And, Hamas’s denunciation of the jihadis as “ideologically and religiously and morally deviants”, is beyond the bounds of irony.

On the other hand, Hamas may use the suicide bombing to try and persuade the Egyptians that it is serious in its effort to stop terrorists from crossing from the Gaza Strip into Egypt.

Hamas and the ISIS-inspired groups and individuals in the Gaza Strip are birds of a feather. Each and every one promotes and preaches extremist Islamist teachings.

Kallab and the ISIS jihadis in the Gaza Strip are sons of the Hamas school that has poisoned the hearts and minds of many Palestinians.

Hamas, as we all know, is hardly opposed to suicide bombings. Yet when the boomerang returns, suddenly the attacks become “cowardly terror” actions perpetrated by “outlaws” and “intellectually and religiously and morally deviant” terrorists.

Hamas, Islamic Jihad and ISIS may disagree on many issues, but targeting Jews and “infidels” is not one of them. On that point, they are in savage agreement. 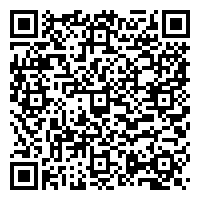