Hamas and Fatah are lying not only to their people, but also to the rest of the world — something the international community should take into consideration when dealing with the two parties.


Hamas is now holding U.S. President Barack Obama responsible for the failure of the latest attempt to achieve reconciliation between the Islamist movement and Fatah.

Hamas’s accusation came shortly after another round of talks with Fatah in Cairo last week failed to produce agreement on the formation of a new Palestinian unity government and holding presidential and parliamentary elections in the West Bank [Judea and Samaria] and the Gaza Strip.

Hamas spokesman claimed that Fatah was afraid of reaching any agreement weeks before Obama’s planned visit to the region. Obama is scheduled to visit the Middle East in late March.

Hamas claims that the U.S. Administration has been exerting pressure on Palestinian Authority President Mahmoud Abbas, who is also head of Fatah, to refrain from signing any deal with Hamas.

Fatah, for its part, has denied the charges, insisting that Obama’s planned visit had nothing to do with the the failure of the talks with Hamas.

Before making the allegation against Obama, Hamas had also accused Israel of seeking to foil “Palestinian unity” by arresting scores of Hamas supporters and officials in the West Bank.

This was not the first time that Israel had arrested Hamas members — the arrests are, in fact, part of an ongoing effort by the IDF to prevent Hamas from taking control over Judea and Samaria.

So the latest arrests are being used by Hamas as a justification to blame Israel for the failure of the unity talks.

The charges against the U.S. and Israel are seen by many Palestinians as yet another attempt by Hamas to blame everyone but itself for the failure of the reconciliation talks.

Hamas has had many opportunities to end the dispute with Fatah — long before Washington announced Obama’s plan to visit the region and the IDF arrest of Hamas members.

But instead of accepting responsibility for the failure of the reconciliation talks, Hamas prefers to blame the Americans and Israelis.

Hamas should admit that it is not interested in making peace with Fatah largely because it does not want to be accused of endorsing the Oslo Accords and the two-state solution.

Fatah also has been trying to avoid responsibility for the failure of the talks, with its leaders claiming that “outside forces” have been putting pressure on Hamas to refrain from reaching any agreement between the two rival parties.

When Fatah leaders talk about “outside forces,” they are referring to Iran, Qatar and the Muslim Brotherhood, which back Hamas politically, financially and militarily.

Najat Abu Baker, a member of the Palestinian Legislative Council, said this week that both Hamas and Fatah are lying to the Palestinians. She said that neither party was interested in ending the ongoing dispute and achieving unity.

Many Palestinians seem to share Abu Baker’s view about the lies of Hamas and Fatah. Today, it is clearer than ever that neither Hamas nor Fatah is interested in achieving unity — each for its own reasons.

For Hamas, ending the dispute means the Islamist movement would have to cede exclusive control over the Gaza Strip — an area that has been turned into a semi-independent Islamic emirate over the past five years.

As for Fatah, unity with Hamas means paving the way for the Islamist movement to extend its control to Judea and Samaria — something Abbas and his supporters are afraid of and cannot afford.

Unity with Hamas also means that the Islamist movement would gain even more legitimacy among Palestinians and the international community. Again, this is something Fatah can never allow to happen.

What Obama and the rest of the international community need to understand is that the Palestinians already have two separate entities — with social, political and religious observance and ideologies that totally conflict.

The “moderate” entity, led by Fatah, says it wants 100% of all the lands captured by Israel in 1967; Hamas and the radicals continue to insist on 100% of “all Palestine, from the river to the sea.” Why should Hamas give way? 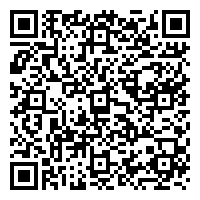