In every generation, they rise up to annihilate us. Alas, it seems this generation of American Jews is unfamiliar with that dictum from the Passover Haggadah. Even as the number of anti-Semitic acts increased in recent years, Jews by and large seemed to pay no mind. Until, that is, the emergence of Donald Trump on the political stage, first as a presidential candidate and then as the president of the United States.

Trump proved the perfect foil for Jewish organizations, “progressive” activists, and liberal media outlets. Suddenly attention was being paid to threats against Jews – but rather than focus on the very real increase in anti-Zionism and anti-Semitism on college campuses and in social justice movements and the Democratic Party, the minions of the Left went into overdrive, hyping a spate of bomb warnings phoned in to Jewish community centers across the country and a handful of cemetery desecrations, gleefully blaming the new administration in Washington for setting a tone of hate and intolerance.


They single-mindedly focused on what turned out to be a wave of (thankfully) empty threats against Jewish institutions – made separately by a reportedly misfit American Jew living in Israel and an apparently emotionally disturbed leftist convert to Islam – conjuring images of American Jews under siege and newly empowered white supremacists on the march.

But the same people who saw a KKK member behind every vandalized Jewish tombstone and a right-wing extremist lurking in the shadows of every Jewish community center have a dangerous blind spot, to this moment failing to see or care about the sharply anti-Israel impulses of a congressman like Keith Ellison, who was running hard – with Jewish support – for a key political post.

It was the height of irony for Senator Chuck Schumer to call on the FCC to push for measures to protect Jewish community centers from “perpetrators terrorizing Jewish communities” while he simultaneously supported Ellison’s bid for the chairmanship of the Democratic Party.

Political partisans like Schumer seize upon telephone threats to Jewish institutions in order to distract from some very real and very ominous developments – steadily decreasing support of Israel among self-described Democrats and younger Americans; left-wing and pro-Palestinian campus activism; anti-Semitic harassment, both verbal and physical, of Jewish students; and the gains of the BDS movement throughout academia.

Far more swastikas have appeared at Berkeley and Princeton than in any Jewish cemetery.

In an era when Israel has become the new symbol of Jews and Judaism, replacing age-old Jewish rituals, Israel bashing has replaced the more vulgar form of Jew bashing. Instead of burning the Torah and other Jewish texts, Israeli flags are now put to the torch. Old blood libels, which told spurious tales of gentile blood dripping from Passover matzah, have been updated with the blood now dripping from an IDF soldier’s gun. The only thing that remains the same is the Jewish identity of the alleged culprit.

Sadly, too many Jews themselves blur these distinctions in an effort to protect their political bedfellows. They lose no time or effort in highlighting the dangers of classic anti-Semitic acts while downplaying the dangers of the less tangible kind that have found a home in liberal and “progressive” precincts.

This is the sort of twisted thinking that led the ADL to establish a Silicon Valley command center to combat what ADL chief Jonathan Greenblatt identified as “anti-Semitism, Islamophobia, racism and other hatreds” while the organization simultaneously trashed the choice of the passionately pro-Israel David Friedman as U.S. ambassador to Israel.

It is the kind of uninformed hysteria that enabled ADL deputy national director Kenneth Jacobson to blame Trump’s proposed policies on travel and immigration for the rash of anti-Semitic bomb threats that turned out to be hoaxes perpetrated, as noted above, by two individuals with no connection to Trump, the old right, the new right, or the alt-right.

“There is a feeling of empowerment,” insisted the clueless Jacobson, “and so the anti-Semites felt it was their moment to come out.”

And it is the type of farcical political correctness that allowed St. Louis Jewish Federation CEO Andrew Rehfled to laud the efforts of Linda Sarsour for her campaign to repair a vandalized St. Louis-area Jewish cemetery. Yes, the same BDS activist Sarsour who once tweeted that “nothing is creepier than Zionism.”

While it would not, admittedly, have been diplomatic to openly question Sarsour’s motivations when emotions and fears were still running high in the Jewish community, Rehfled chose to gush over Sarsour’s efforts, saying “We really have made something very positive out of this.”

Anti-Semitism needs to be identified and confronted in whatever form it takes. Focusing on one form while downplaying another only leads to more of both. Especially when one form disproportionately emanates from one side. Jewish groups that pull the fire alarm at the sight of a swastika but remain silent while the media, the professoriate, and activist groups abuse Israel only undermine their own credibility in the fight against anti-Semitism.

Their reluctance to support warriors in that fight if the warriors don’t share their political views weakens the fight for everyone. The same groups that begrudgingly condemned Obama’s decision not to veto the UN’s poisonous anti-Israel resolution in the waning days of his presidency need to applaud the Trump administration’s boycott of the United Nations Human Rights Council because of its anti-Israel bias and to publicly recognize the bold pro-Israel rhetoric of Trump’s UN ambassador, Nikki Haley.

And of course it can only be accomplished by completing the second half of the declaration in the Haggadah with which we began – but the Holy One blessed be He saves us from their hand. 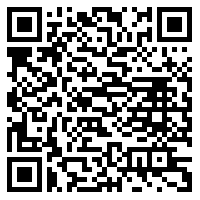