The views expressed in this eight-column series on Project Daniel are solely those of Professor Louis René Beres.


Nuclear deterrence, ambiguous or partially disclosed, is essential to Israel’s physical survival. If, for whatever reason, Israel should fail to prevent enemy state nuclearization, it will have to refashion its nuclear deterrent to conform to vastly more dangerous regional and world conditions. But even if this should require purposeful disclosure of its nuclear assets and doctrine, such revelation would have to be limited solely to what would be needed to convince Israel’s enemies of both its capacity and its resolve. More particularly, this would mean revealing only those specific aspects needed to identify the survivability and penetration-capability of Israel’s nuclear forces, and the political will to launch these massive forces in retaliation for certain forms of enemy state aggression.

The Group advised the then-Prime Minister that Israel must always do whatever it can to ensure a secure and recognizable second-strike nuclear capability. Once nuclear ambiguity was brought to an end, nuclear disclosure could play a crucial communications role. The essence of deterrence here would lie in the communication of capacity and will to those who would do Israel existential harm.
Significantly, the actual retaliatory use of nuclear weapons by Israel would signify the failure of its deterrent. Recalling the ancient Chinese military thinker Sun-Tzu, who was mentioned here earlier, the very highest form of military success is achieved when one’s strategic objectives can be met without any actual use of military force.
To meet its “ultimate” deterrence objectives – that is, to deter the most overwhelmingly destructive enemy first-strikes – Israel must still seek and achieve a visible second-strike capability to target approximately fifteen enemy cities. Ranges would be to cities in Libya and Iran, and nuclear bomb yields would still be at a level “sufficient to fully compromise the aggressor’s viability as a functioning state.”  By choosing counter-value-targeted warheads in this range of maximum-destructiveness, Israel could achieve optimal deterrent effect, thereby neutralizing the overall asymmetry between the Arab states/Iran and the State of Israel. All enemy targets, The Group reasoned, would be selected with the view that their destruction would promptly force the enemy aggressor to cease all nuclear/biological/chemical exchanges with Israel. Nothing has transpired to change this reasoning.

As a professor of international law, I was able to assure The Group that all of our recommendations to the prime minister regarding Israeli nuclear deterrence were fully consistent with authoritative international law. On July 8, 1996, the International Court of Justice at The Hague (not known for any specifically pro-Israel sympathies by any means) handed down its Advisory Opinion on The Legality of the Threat or Use of Nuclear Weapons. The final paragraph concludes, inter alia.

The threat or use of nuclear weapons would generally be contrary to the rules of international law applicable in armed conflict, and in particular the principles and rules of humanitarian law. However, in view of the current state of international law, and of the elements of fact at its disposal, the Court cannot conclude definitively whether the threat or use of nuclear weapons would be lawful or unlawful in an extreme circumstance of self-defense, in which the very survival of a State would be at stake.

Eight years ago, The Group advised the then-Prime Minister that Israel must display flexibility in its nuclear deterrence posture in order to contend with future enemy expansions of nuclear weapon assets. It could even become necessary under certain improbable circumstances, we recognized, that Israel should deploy a full “triad” of strategic nuclear forces. For the present, however, we recommended that Israel continue to manage without nuclear missile-bearing submarines. This recommendation still holds only as long as it remains highly unlikely that any enemy or combination of enemies could destroy Israel’s land-based and airborne-launched nuclear missiles on a first-strike attack. Presently, it seems absolutely clear that Israel’s strategic retaliatory forces remain fully secure and penetration-capable.
Israel’s nuclear deterrent must be backed up by far-reaching active defenses. With this in mind, The Group emphasized that Israel take immediate steps to operationalize an efficient, multi-layered antiballistic missile system to intercept and destroy a finite number of enemy warheads. Such interception would have to take place with the very highest possible probability of success and with a fully reliable capacity to distinguish between incoming warheads and decoys. To the extent possible, Israel has already been successful in meeting this requirement.
Israel’s “Arrow” missile defense system involves various arrangements with US Boeing Corporation. The Israel Air Force (IAF), which operates the Arrow, will likely continue to meet its desired goal of deploying interceptors in inventory on schedule. Arrow managers may also sell their product to certain other carefully selected states. This could help Israel to reinforce its qualitative edge over all adversaries. Israeli engineers are continually taking appropriate steps to ensure that Arrow will function well alongside American “Patriot” systems. The Group advised that IAF continue working energetically on all external and internal interoperability issues. This advice has surely been taken.
In its effort to create a multi-layered defense system, Israel may already be working on and finalizing an unmanned aircraft capable of hunting-down and killing any enemy’s mobile ballistic missile launchers. In 2003, Israeli military officials had begun to interest the Pentagon in joining the launcher-attack project, known formally as “boost-phase launcher intercept” or BPLI. The Group advised the then Prime Minister that Israel undertake BPLI with or without American support, but recognized that gaining such support would allow the project to move forward more expeditiously and with greater cost-effectiveness. Also, enlisting American support for BPLI would represent another important step toward maintaining Israel’s qualitative edge.
Project Daniel underscored the importance of multi-layered active defenses for Israel, but affirmed most strongly that Israel must always prepare to act preemptively before there is any destabilizing deployment of enemy nuclear and/or certain biological weapons. No active defense system can ever be “leak proof,” yet protection of civilian populations in a very small country such as Israel calls for nothing less.

Louis René Beres is Strategic and Military Affairs columnist for The Jewish Press. 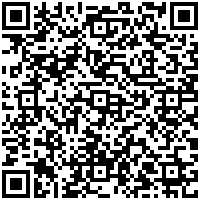