Jewish thought has never been subtle about life and death, the “blessing” and the “curse.” For Israel, the individual Jew writ large, there exists a fixed and overriding obligation to stay alive.

Although this injunction may hardly come as any sort of surprise, and may hardly seem to merit any claim of significant insight, it does stand in notably stark contrast to the worldview of some of Israel’s principal enemies in the region. More precisely, in order to deal gainfully with a still steadily nuclearizing Iran, and with a determinedly sovereign Palestine, Israel will quickly have to understand certain alien points of view.


The sources of danger for Israel are unambiguous. In a readily decipherable hierarchy of threats, Israel now confronts death and destruction from two increasingly plausible directions: (1) the already-constituted state of Iran, which may ultimately decide to act against Israel in presumed conformance with the end-times expectations of a Shiite apocalypse, and (2) the aspiring state of “Palestine,” which, if shaped by jihadist visions of Sunni Hamas, could decide to make a common war cause with Tehran.

Singly, for Israel, the attack dangers from Iran or Palestine that could derive from any religiously based inversion of life and death, of “blessing” and “curse,” would be considerable and daunting.

Together, perhaps in various unrecognized or even unimagined synergies, the interactive effects of these two particular adversaries could portend very serious and possibly existential concerns for Israel.

These regional enemy inversions of life and death, of “blessing” and “curse,” are rendered more worrisome by (1) the international community’s ritualized unwillingness to remove Iran’s illegal nuclear weapons infrastructure; (2) President Obama’s continuing support for a two-state solution; and, (3) Israeli Prime Minister Benjamin Netanyahu’s grudging but official acceptance of a Palestinian state that has been “demilitarized.”

The Palestinian side (Hamas, Fatah, it makes little real difference) seeks a one-state solution. On all their maps, Israel is drawn as a segment of “Palestine.” As for a demilitarized Palestine, it would never actually happen. This is true, in part, because any post-independence abrogation of earlier pre-state agreements to demilitarize, by a now-sovereign Palestinian state, could be incontestably permissible under authoritative international law.

What shall Israel do in this increasingly confusing regional maelstrom? If Obama’s openly expressed wish for “a world free of nuclear weapons” were ever realized, the survival issue would become moot. Without its nuclear arms, Israel could not endure for very long. Fortunately, this presidential wish is not only foolish but plainly unrealistic. Inevitably, of course, Israel will insist upon retaining the critical deterrence benefits of its essential nuclear forces.

The extent of this particular benefit, however, may vary, inter alia, according to a number of important factors. These include Jerusalem’s observable willingness to take its bomb out of the “basement,” that is, to make certain limited disclosures of the country’s usable and penetration-capable nuclear forces. Also relevant is the extent to which Israel might choose to reveal selected elements of Tel-Aviv’s nuclear targeting doctrine.

From the standpoint of successful deterrence, it will make a major difference if Israel’s nuclear forces are recognizably counter value (targeted on enemy cities), or counterforce (targeted on enemy weapons, and related infrastructures). In turn, Israel’s decisions on targeting policy may be affected, more or less, by ongoing regime transformations still taking place across the Middle East and North Africa.

“For what can be done against force, without force?” inquired the Roman statesman Cicero. The use of force in world politics is not inherently evil. To the contrary, in preventing nuclear and terrorist aggressions, force, though assuredly not a panacea, is almost always indispensable.

All states have a fundamental (“peremptory,” in the language of formal jurisprudence) right of self-defense. This right is explicit in both codified and customary international law. It can be found, in part, at Article 51 of the UN Charter; also, in multiple clarifications of anticipatory self-defense, a doctrine I have discussed often on these pages.

Again, Cicero understood. Failure to use force against a murderous evil imprints an indelible stain upon all that is good. A similar point can be found in the Talmud, which asserts that by being merciful to the cruel, one may become cruel to the merciful. Any such “mercy” must be firmly rejected by both individual Jews, and by the Jewish state. 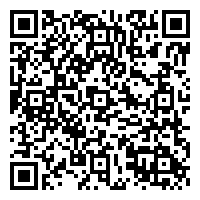