Truly, there can never be any virtue without memory, and France – it would seem – displays a persistent penchant for forgetting. Now unambiguously aligned with the Arab/Islamic states in global geopolitics, France’s staunchly oppositional posture toward Israel is a predictable continuation of official French policy toward the Jews during and immediately after World War II.

Today, Israel is undeniably the solitary Jew in macrocosm, and France behaves toward this imperiled nation-state exactly as it once did toward those universally abandoned individual Jews caught up in the maelstrom of Nazi genocide.


There is no virtue without memory. Generally ignoring terror violence against Jewish women and children in Israel, and largely supportive of rewarding Palestinian murderers with a state of their own, the people and government of France should soon be reminded of their country’s Holocaust and post-Holocaust history from the standpoint of justice. France, after the Second World War, only rarely prosecuted Nazi war criminals for crimes committed during the Nazi occupation, and even these prosecutions often defiled the Jewish victims. Moreover, these Jews were as much victims of the extensive French collaboration in Nazi deportation and mass murder as of France’s wartime German masters.

All this was glaringly apparent in the French trial of Klaus Barbie, the notorious “Butcher of Lyons.” The Barbie trial took place between May 11 and July 4, 1987. Although found guilty and sentenced to life in prison (there was no death penalty in France), Barbie succeeded, with undisguised prosecutorial complicity, in blurring the Nuremberg-based charge of “Crimes Against Humanity.” This distortion was an affront to long- established international criminal law. Today, it continues to subvert the collective French memory of justice toward Jews generally, and to the Jewish State in particular. To be sure, matters are not helped much by the substantial and steadily increasing Islamicization of France.

Believing that Crimes of War have a statute of limitations, and that Crimes Against Humanity contain no such statute, the French authorities decided to indict Barbie only on the latter charge. They were manifestly mistaken, however, and their particular jurisprudential mistake led them to treat all of the defendant’s cruelties – deportation-related crimes AND crimes against the resistance – as qualitatively indistinguishable. According to the Convention on the Non-Applicability of Statutory Limitations to War Crimes and Crimes Against Humanity: “…there is no period of limitation for War Crimes and Crimes Against Humanity.”

There is, furthermore, an irreducible specificity to Crimes Against Humanity; hence, France’s fusion of such crimes with Crimes of War had the effect of diminishing the terribly unique fate of French Jews during the Holocaust. After the War, France (more or less honestly) received survivors and victims of the resistance as heroes, but generally tried to ignore those who were known simply as the “racially deported” – the ones in “zebra” clothes, the Jews. This sharp dichotomy went so far as to exclude Jewish victims from the mortal remains symbolically reunited around the flame of the Unknown Soldier on November 11, 1945. It was not until 1954 that a national day was declared to memorialize the Jewish Deportation. And these days, ironically, that national day is one of special hazard to French Jews, both from traditional French anti-Semites and from French Muslims.

An implicit hierarchy of pertinent criminality arose in post-war France, one that elevated the victims of war crimes – i.e., the resistance – to much higher status than that accorded to victims of Crimes Against Humanity. In this obscene competition of memories, the Barbie trial reinvigorated the hierarchy. Because the French prosecutor believed, erroneously, that Crimes of War were bounded by a statute of limitations while Crimes Against Humanity were not so constrained, the magistrate in charge retained only the crimes inflicted upon the Jews. As for Nazi actions against the fighters of the resistance, against France’s authentic “heroes,” these were declared off limits to criminal prosecution.

The grand jury in Lyons first confirmed the magistrate’s opinion, but when certain resistance organizations objected strenuously, the criminal court of appeals, on December 20, 1985, accepted an interpretation of Crimes Against Humanity that was less restrictive and that would include crimes committed against the resistance. Thereafter, the French definition of Crimes Against Humanity included “inhuman acts and persecutions that, in the name of a state practicing a politics of ideological hegemony, have been committed in a systematic way not only against people by reason of their belonging to a racial or religious group, but also against the opponents of this political system, whatever the form of their opposition.”

This greatly expanded definition of Crimes Against Humanity was very troubling. The French authorities could have avoided blurring the lines between Crimes of War and Crimes Against Humanity by recognizing that both penal categories are unaffected by statutory limitations under international law. Failing such recognition, however, they sullied the memory of the deported French Jews and trivialized the core meaning of “humanity.”

There was also something quite paradoxical in this spectacle of the resistance organizations demanding the broadened view of Crimes Against Humanity. After all, having previously accepted the hierarchic superiority of war crimes, they were now asserting their right to a status that had formerly been rejected as unheroic. “We the victims have never asked to be considered as heroes,” Simone Weil intoned on behalf of the deported, “so why do the heroes now want to be treated as victims?”

A consequence of this inversion, additional to demeaning the Holocaust and enlarging Holocaust denials, was Barbie’s own inversion of the role between defender and accused. If one only listened to Jacques Verges, Barbie’s defense lawyer, not only was the Holocaust a trifling matter of minor significance, but French colonial crimes were even more serious than those of the Nazis. This argument was intended to highlight France’s alleged lack of moral authority to even try Klaus Barbie. Known in law as TU QUOQUE, this defense strategy focused attention on all post-war crimes that had remained unpunished, especially the crimes of imperialism and racism in which France was so deeply and obviously involved.

In essence, the three lawyers for Barbie – the Congolese M’Bemba, the Algerian Bouaita, and the French-Vietnamese Verges – spoke as delegates of a despised nonwhite humanity, transferring the racism of the crime itself onto the MEMORY of the crime. The six million Jews condemned by the Final Solution, therefore, had no right to universal commiseration. The Final Solution was simply a family affair – white prisoners and white executioners. Here one could not expect sympathies of any kind from oppressed peoples of the Third World.

France’s 1987 trial of Klaus Barbie allowed the manipulation of Third World rhetoric to defend a notorious Nazi criminal. Rather than serve to allow France, in a very small way, to “make up” for its shameful wartime behavior, it concluded as one more glaring example of that country’s unconcern for Jewish memory and Jewish justice. It should hardly surprise us, therefore, to have seen present-day France prostrating itself yet again before major criminals, this time before terrorists and aspiring genociders throughout the Arab/Islamic world.

France has been roundly criticized by Americans and others for having refused to take an honorable stand against Saddam Hussein’s regime. In part, this French position can be understood in light of France’s economic ties to Iraq before the onset of Operation Iraqi Freedom. Approximately 60 French companies did an estimated $1.5 billion in trade annually with Baghdad. France controlled over 22.5 percent of Iraq’s imports. In 2001, France became Iraq’s largest European trading partner. And from 1981 to 2001, France was responsible for more than 13 percent of Iraqi arms imports.

To be sure, America’s earlier ties to Iraq are less than commendable, and our current war in Iraq is not going well. Operationally, it has produced a steady series of setbacks and a tragically growing number of casualties. Yet, America HAS memory and America is at least consciously embarked upon a path of justice. Unlike France, which has made a determined ritual of forgetting, America – in principle and in action – is now firmly dedicated to remembrance.

Sometimes, even if his description is premature, the poet can tell us far more than the scholar. “There is no longer a virtuous nation,” says W.B. Yeats, “and the best of us live by candle light.” For the moment, at least, with no thanks to France, America and Israel stand proudly to remind us that the poet’s dark vision has yet to arrive.

LOUIS RENE BERES (Ph.D., Princeton, 1971) was born in Switzerland at the end of World War II. He lectures and publishes widely on international relations and international law, and is Strategic and Military Affairs columnist for The Jewish Press. 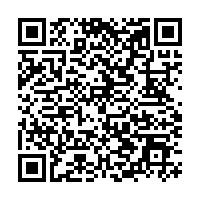