In the 2006 war against Hezbollah in Lebanon, Israel’s military strategy and tactics displayed some notable strengths, but also some considerable weaknesses. Of course, in the years ahead, Israel is apt to find itself confronted with a far greater threat of belligerency. This is the unrelieved prospect of a nuclear Iran – a possibly irremediable enemy state, and one with well-established ties both to Hezbollah and to an already nuclear North Korea. It follows, at every level of possible threat confrontation, that Israel’s military doctrine will now need to be informed by an improved and appropriately expanded body of pertinent understanding. This, in turn, will require a more refined and updated intellectual orientation to national strategic studies.

Theory is a net. In the always-interpenetrating worlds of war and peace, only those who cast will catch. Without a carefully derived and highly generalized system of theory, the IDF will be unable to conform its essential order of battle to the constantly changing and increasingly lethal correlation of forces assembling on the regional battlefield.

Not all of the growing IDF planning problems are theoretical and conceptual. Even where antecedent strategic studies do proceed on an abundantly sound intellectual foundation – one involving truly dialectical reasoning, rather than accumulating inventories of collected data, – they will be of no real benefit to Israel if they are simultaneously undermined by unsound political imperatives. Obviously, this is exactly what went wrong back in the days of “Oslo,” and what is still apt to go wrong in the now equally precarious time of the so-called Road Map. Yet another piece of utterly twisted cartography, and one still unreasonably pressed upon Jerusalem by Washington (“The more things change; the more they remain the same”), the Obama-version Road Map could quickly override even the most sophisticated and otherwise purposeful direction of Israeli strategic studies.

What needs to be done?

First, Israeli strategists must look directly, unhesitatingly, and relentlessly at their country’s manifestly existential threats, and identify them – promptly and openly – as the absolutely primary object and rationale of their critical inquiries.

Second, Israeli strategists must understand, without any further delay, (a) that Israel is a system; (b) that existential threats confronting Israel are themselves interrelated; and (c) that the complex effects of these interrelated threats upon Israel must always be examined together.

Third, Israeli strategists must understand that the entire world arena is also best understood as a system, and that the disintegration of power and authority structures within this wider macro-system will impact, with enormous and at-least partially foreseeable consequences, the Israeli micro-system.

Fourth, Israeli strategists must turn away consciously from too much “prudence,” from altogether too-mainstream kinds of analyses. For the moment, these analyses may please their military and political “consumers,” but they would nonetheless remain potentially valueless for indispensable policy formation.

For example, a principal assumption of current Israeli strategic studies (and of all strategic studies, for that matter) is the fixed idea of rationality in enemy calculations. As the functioning of nuclear deterrence necessarily depends upon this assumption, Israeli strategists still tend to look away from those unpredictable circumstances in which rationality is not expected to operate. The (predictable) result is that Israeli strategic studies may now accomplish too little to prepare the political leadership in Jerusalem for increasingly probable confrontations with irrational enemy states or state proxies. Israeli strategists must soon acknowledge, however, that the still-conceivable fusion of a non-rational leadership in Tehran with a nuclear military capacity could produce what amounts to a suicide-bomber writ large.

Fifth, Israeli strategists, in their work, must learn to consider seemingly irrelevant literature – not the mundane and narrowly technical materials normally generated by American strategists, but the creative and artistic product of authentic writers, poets and playwrights. Frequently, the broadly intellectual insights that can be gleaned from serious literature can provide a fundamentally better source of strategic understanding than the visually impressive but often misleading matrixes, mathematics, metaphors and scenarios of the military “experts.”

Sixth, Israeli strategists need to recognize the distinct advantages of private as opposed to collective academic thought. Here they should be reminded of Aristotle’s view: “Deception occurs to a greater extent when we are investigating with others than by ourselves, for an investigation with someone else is carried on quite as much by means of the thing itself.” There is, of course, a correct time for collaborative or team investigations, but in certain matters concerning Israeli security, one may sometimes discover distinctly greater conceptual value in the private musings of single individuals than in the combined efforts of entire academic centers of strategic studies. This is true, parenthetically, not only for strategic studies, but also for positively every disciplined field of inquiry.

Seventh, Israeli strategists now need to open up, again, and with greater diligence and formal insight, the question of nuclear ambiguity. Here it must be understood that examining the “bomb in the basement” is not merely a matter of belaboring the obvious, but rather one of optimally exploiting appropriate and variable levels of nuclear disclosure for purposes of enhanced nuclear deterrence and, possibly, non-nuclear preemption.

Eighth, Israeli strategists still need to widen their consideration of the broader national questions of nuclear weapons and national strategy. This should be done, naturally, in consonance with all of the other above-listed strategic studies requirements. Key issues here will be those of nuclear targeting doctrine and ballistic missile defense.

Ninth, Israeli strategists must cease their contemplation of an end to national existence as a purely dispassionate, objective, academic consideration. For now, it seems, these strategists can somehow contemplate the literal end of Israel every day in their studies, and yet persevere quite calmly in their most routine day-to-day affairs. This ironic and counterproductive juxtaposition would no longer be the case if these flesh-and-blood scholars could learn to begin to contemplate the very moment of Israel’s collective disappearance. It follows that Israeli strategists must begin soon to replace reassuringly abstract conceptualizations of End Times with very concrete and truthful imaginings of national catastrophe. To properly ward off nuclear war and nuclear terrorism, it must first be understood that these catastrophic events – like the death of an individual person – would not be an abstraction.

I realize, of course, that such “unscientific” advice is contrary to what Israeli academic strategists have all learned in graduate school, but – at least in this case – their professors were wrong. As in the case of each individual life, fear in any national survival context has its proper place. There is, contrary to a still-widespread misapprehension, no necessary correlation between existential dread, and injury to useful and predictive forms of strategic scholarship.

Tenth, Israeli strategists should pay special attention to the compelling requirements of scholarly audacity, of seeking, self-consciously, to steer clear of the comfortable intellectual middle-ground. Individual strategists will need to take risks, both personal and professional, in finding serious policy answers to the vital strategic questions. This brings to mind the difficult issue of courage.

For Israel, the national survival situation today is substantially more dangerous than it was in 1948. Intimately and inextricably intertwined with the even more basic situation of Jewish survival in the post-Holocaust world, this situation is also more precarious and problematic than just a few years ago. It is high time, therefore, for Israel’s strategists to suitably upgrade the context, methods and intellectual modalities of their important work. Only by wise counsel, can Israel fashion an enduring future. 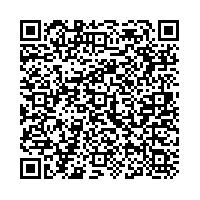