Syria is only a microcosm, only a presently revealing miniature of what is happening worldwide. Whatever happens soon within that particular country and also throughout the surrounding region – whatever elaborate promises are made to Washington, Moscow, and the United Nations – the most critically underlying problems and divisions will not go away. Instead, they will remain stubbornly global.

War crimes, revolution, despotism, terrorism and genocide should all be understood as generic issues in world politics. In the end, these afflictions are remediable only at their utterly core human source. Inevitably, therefore, they will need to be confronted at far more broadly conceptual levels.


Any other more segmented or discrete responses, however well-meaning, would continue to miss the point.

“The blood-dimmed tide is loosed,” observed the Irish poet William Butler Yeats, and “everywhere the ceremony of innocence is drowned.” Today’s on and off debate about using retributive and deterrent American force against Syria concerns only one specific symptom of a much wider civilizational fragility. This debate is not about a singularly discrete or meaningful “disease.”

All too often the daily news misses what is most urgent. It is this: There is a discoverable inner meaning to world politics. Beneath the surface, all world politics reveal an identifiably common disorder. This malady is rarely if ever diagnosed. It is the resolute incapacity of human beings to uncover meaning and identity within themselves, as individuals.

From the beginning, all world politics have been driven by some form or other of lethal tribal conflict, by incessantly hideous struggles between all rival groups. Without a clear and persisting sense of an outsider, of an enemy, of an “other,” it seems, most people just feel lost in the world. Drawing self-worth from our membership in the state, or the nation, or the faith, or the race – from what Sigmund Freud insightfully called the “primal horde” – we humans still cannot satisfy even the most minimal requirements of coexistence. This failure, of course, is evident at both interpersonal and international levels.

Let us be candid. Every sham can have a patina. Our progress in certain technical and scientific realms has no equivalent counterpart in basic human relations. True, we can manufacture jet aircraft and send astronauts into space. Still, before we are allowed to board a commercial airline flight, we must first take off our shoes.

Syria is only a microcosm. We humans do want, more or less desperately, to be upbeat about the world. Every day we are turned off by anyone who speaks openly about life’s day-to-day vagaries, or perhaps its more manifestly absent ecstasies. Whenever a friend or colleague is asked, “How are you?” the answer must always be the same. “I’m great,” responds the friend.

But this almost visceral reply is usually untruthful; moreover, the real object of untruth in this colloquy is not the questioner, but the one being questioned.

There remains ample pain and abundant loneliness in the world. In certain matters, we must admit, absolutely nothing important ever really changes. In the most truly critical issues of mega-survival, we humans may now be living far more absurdly than ever before.

Absurdity, it would seem, is an appropriate punishment for allowing human goodness to drift away from individual worth and responsibility. All over our fractionated world, the veneer of human civilization remains razor thin. However conversant they may be with statistics and science, entire nations still glance smugly over mountains of fresh corpses, and announce, without even any residual hint of apology, that “life is good.”

Everywhere, it seems, mass societies greedily suck out the marrow of human wisdom, reverence, and compassion in a mad dash to “power.” The ironic result, of course, is an immobilizing global impotence. What shall we do?

Hope exists, to be sure, but it must now sing softly, sotto voce, in a very conspicuous undertone. To be sure, the “blood-dimmed tide” creates a deafening noise, but it is nonetheless possible to listen for meaningfully transient sounds of grace and harmony. Somehow, we must all learn to pay closer attention to our most intimate human feelings of empathy, anxiety, restlessness, and desperation. Although not widely recognized or understood, these feelings, in the last analysis, are most determinative of all world politics.

In the end, human coexistence on earth is about the individual, about the one, as Bob Dylan sings, who is “trying to get away from myself as fast as I can.” Now, the time for modernization, globalization, artificial intelligence and new information methodologies is effectively over. To live together, which is, after all, a sine qua non for all individual survival, we must first learn to rediscover a more authentic human life. In essence, such an existence must be torn away from endlessly meaningless and corrosive distinctions (“us” and “them”), banal conformance, shallow optimism, and contrived happiness.

In this vital expression of an awakened human spirit, we may finally learn that agony is more important than astronomy, that cries of despair are more serious than disembodied powers of technology, and that our tears have much greater significance than faintly robotic smiles.

“The man who laughs,” observed the poet Bertolt Brecht, “has simply not yet heard the horrible news.”

Syria is only a microcosm. The deepest rifts of life on earth, including recently disclosed Syrian crimes against humanity, can never be undone by improving global economics, by building larger missiles, by fashioning new international treaties, by spreading democracy, or even by well-intentioned military interventions. We inter-related humans, all of us, still lack a sustainable and peaceful future – not because we have been too slow to learn but because what we have managed to learn is insufficient.

What have we missed? In part, as we can learn from Rabbi Avraham Yitzhak Kook, we need to recall a Jewish ethic that acknowledges the ultimate goodness of self-love. According to Kook, in his discussion of “The Problem of Evil”:

The holy does not strive at all against self-love, which is deeply embedded in the depths of the souls of all living creatures, but it places man in so superior a form, that the more he loves himself, the more the good in him spreads to everything: to the entire environment, to the entire world, to the entire universe.

By learning to love ourselves as humans, we may finally discover the strength to distance ourselves from needless and corrosive affirmations of self-importance- that is, from the always perilous demands of the “herd,” the “crowd,” or the “mass.”

By learning this seemingly simply lesson from Rabbi Kook, we may finally understand why Syria is only microcosm. 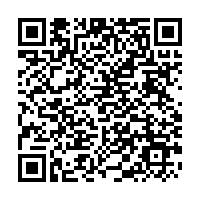