Jorge Luis Borges, the very special Argentine writer and philosopher, sometimes identified himself as a Jew. Although lacking any apparent basis in halacha, he clearly felt himself to be a kindred spirit: “Many a time I think of myself as a Jew,” he is quoted in Willis Barnstone’s, Borges at Eighty: Conversations (1982), “but I wonder whether I have the right to think so. It may be wishful thinking.”

The ironies here are positively delightful. After all, any such explicitly philo-Semitic sentiment is extremely rare, especially when it is uttered, in sincerity, by one of the modern world’s most accomplished authors. It ought to follow, therefore, that Jews in general and Israelis in particular should pay very close attention to certain still-hidden implications of Borges’s ecumenical wisdom.


In one of Borges’s best stories, a condemned man, having noticed that human expectations rarely coincide with reality, purposefully imagines the circumstances of his own death. Because they have become expectations, he reasons, they can never actually happen.

Now, also recognizing that fear and reality may go together naturally, the people of Israel should consciously begin to imagine themselves living within the contingent space of both individual and collective mortality. Then Israel could suitably undertake the effective political and military policies that are needed to secure its survival.

Some, of course, may conclude that God’s eternal promise of permanence would allow Israel to sit back complacently and to confidently assume a palpably “higher” sphere of protection. Yet such an effortless conclusion, with its plain disregard for prudent strategic preparations, would misunderstand the Torah.

On another, more secular, level, any advice to encourage Israel’s existential apprehensions might appear contradictory and self-destructive. After all, isn’t human death fear debilitating? Anxiety, we are routinely taught, is an expression of weakness. What possible advantages could there be to deliberately nurturing any thoughts of national fear and collective trembling?

The answer: Truth may sometimes emerge through paradox. Imaginations of a collective immortality, notions that are generally encouraged by false hopes and inflated egos, will predictably discourage Israeli steps to self-preservation. Even in those enviable circles of enlightenment, oases of reason where there no longer is any delusional faith in a so-called peace process, most Israelis will instinctually resist intimations of national annihilation. Nonetheless, although counter-intuitive, the result of any such wrongheaded resistance would be a still-greater level of Jewish national transience.

In the fashion of many of its enemies, Israel insistently imagines for itself, either scripturally or strategically (or both), life everlasting. Unlike these assorted enemies, Israel does not see itself achieving immortality, individually or collectively, via the ritual murder of its enemies, through war and terrorism. Rather, it identifies its collective survival as the permanent product of divine protection, reasoned diplomatic settlements, and/or smart military planning.

Singly or collectively, and in any conceivable configuration, there is nothing inherently wrong with these expectations. Still, they should never be allowed to displace a pragmatic and prior awareness of an always-possible national impermanence.

Any asymmetry of purpose and expectation between Israel and its implacable foes will place the Jewish state at a notable disadvantage. While Israel’s enemies, most evidently Iran, manifest their “positive” hopes for immortality by the doctrinally-intended slaughter of Jews, Israel’s leaders display their country’s own expectations for collective immortality by agreeing to incremental surrenders of “territories.” To be sure, in the impending matter of Palestinian statehood, Prime Minister Netanyahu had expressly added the requirement of Palestinian “demilitarization,” but this remains an utterly implausible and thereby dangerous expectation.

In the end, the protracted clash in the Middle East between Arab/Islamic believers in sacrifice and Israeli believers in reason will likely favor the exponents of war and terror. Unless this prevailing asymmetry is replaced by new, far-reaching and deliberate Israeli imaginations of existential disaster, Jewish believers in “mutual understanding” may have to depart once again from the Promised Land. Exeunt omnes.

It is difficult to ask Israelis to resist American-style “positive thinking” and to imagine the worst. Yet as Swiss playwright Friedrich Durrenmatt says, “The worst does sometimes happen.” It would now be far better for Israel to err on the side of excessive pessimism. Then, spurred on by the most conspicuously dreadful imaginations of disaster, the people of Israel could finally begin to contemplate and consequently ward off the insufferable interstices between Palestinian statehood, Iranian nuclearization, and regional war. 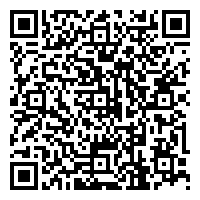