1) He extracted an explicit admission from the minister conducting the diplomatic negotiations (Livni) that Jerusalem is on the table; and 2) He showed in the deepest and most fundamental manner that in the Israeli reality, the national camp is simply absent.

The situation was embarrassing. “The Likud has a contagious flu,” the radical left Meretz and Arab MKs gloated at the sight of the empty seats of the Likud, Jewish Home and Yisrael Beiteinu MKs. The vote on the Jerusalem Bill was held by roll call. The secretary of the Knesset called out the names of the MKs one by one and announced, “Not present, not present.” I sat there, between the empty seats, and thought to myself that what she was saying is true: In the Israeli reality, only the left and the Arabs are present. The ultra Orthodox do not want to be present and the nationalists are incapable of being present.

I see how – more than ever – the deconstructionist values and laws in Israel are gaining momentum. There are the laws designed to deconstruct the status of the normative family. They are disguised as equality for those with different sexual orientations, victims of discrimination, and protection for battered women. These bills are making their way through the Knesset more successfully than ever. And specifically so in a “nationalist” coalition.

“Have you ever tried to ask yourselves how it is that we are passing bill after bill to protect women, while more women than ever are being murdered by their partners?” I asked the Meretz MKs. Obviously they had no answer, as it did not really interest them. The legislation is not really meant to protect women; the real goal is the deconstruction of the family unit.

Not only are social values deconstructing at an accelerated rate, but we are also experiencing territorial deconstruction. The government announced that the Prawer Law to regulate Bedouin settlement in the Negev was suspended. But that is not true. The law is in its final stages of preparation in the Knesset Interior Committee, and they are working on it feverishly.

“How can you support this law, for it gives the entire central Negev to the Bedouins as a gift? Isn’t the Negev part of the Land of Israel?” I asked Jewish Home MKs.

“So what do you suggest?” they answer me. “After all, we must solve the problem.”

“Full equality,” I answer. “We must treat the Bedouin land-grabbing crime as we would if the perpetrator were Jewish. The Bedouins have not managed to prove their ownership of the land for over 40 years. Now the government must restore its full sovereignty in the Negev and develop and market the lands there as it sees fit.”

“After we pass the law, we will have the legitimacy to do just that,” the religious Zionist MKs explain to me.

“Just like how Rabin promised that if the Arabs will shoot at us from the weapons that we gave them, we will let them have it. And just like how Sharon promised that when we retreat from Gush Katif, we would gain international legitimacy,” I answered.

The Prawer Bill is not about regulation; it is about gaining international legitimacy. And just like the aforementioned examples, it will achieve the exact opposite.

And what about the struggle for the sovereignty of the nation against Israel’s High Court? Have we progressed on that front or is the right-wing coalition also advancing deconstruction of the sovereignty of the people? In this case, it is liberty that is being deconstructed. We saw how the coalition suspended the will of the voters in three major cities in Israel after the High Court demanded that the newly elected mayors should be fired.

And yes, Iran will cross the threshold into nuclear capability on the rightist coalition’s watch.

Now we are negotiating on Jerusalem, and the entire national camp – with no exception – is simply absent.

Who here is sane?

The multifaceted national camp always manages to get lost inside the political fog. The left is always present, the right never. Even when the left is a small minority in the Knesset, it continues to set the public agenda and to actively control society. The left steers us in the direction it wants Israel to take. It mirrors Israeli society.

The right has no “public figure.” It has no real horizons. That is why it doesn’t understand where political games give way to essence. For the right, politics will always be more important than essence – even if Jerusalem is at stake. 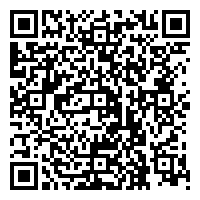